How the changes impacted her life and health

The pounds dropped off of Snita, losing three stone to weigh in now at eight stone. To top it off, Snita received her blood test results shortly before her 50th birthday which revealed she was no longer within the diabetic range.

Snita now considers herself a running addict and regularly runs 5ks, 10ks and half marathons. Later this year, she will take part in the iconic Simplyhealth Great South Run, part of a series of mass participation running events which has partnered with Diabetes UK, to encourage more people to become more active.

Snita is effusive in her praise for the impact running has had on her life and recently delivered a talk, with the help of Diabetes UK, on the life-changing effect it can have on other people living with diabetes.

“The impact running has had on my life has been huge. If I hadn’t joined my running club and got the support I’ve had from my coach and the rest of the group I wouldn’t have kept it up.

“Running has really helped my diabetes by getting me fitter and forcing me to address my diet, which together have helped me diabetes enter into remission.”

Snita has been running medication-free for 19 months now and as well as running the Simplyhealth Great South Run later this year, has also recently completed half marathons in London, Liverpool and Dublin.

She feels happier, fitter and healthier now than she has since her 20s and is determined to continue challenging herself. “It’s been a real journey which I’m still on and I feel like a changed person.

I have so much energy and do so much more in a day than I ever did before. It’s been truly life-changing.”

Coronavirus: Scientific adviser to the Government says there is no more risk at work than at home

Declare abortion a public health issue during pandemic, WHO urged

Coronavirus symptoms: Corrie star confirms he has the virus with a unique set of symptoms

Woman says her eczema has made her look twenty years older 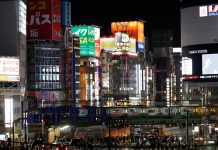