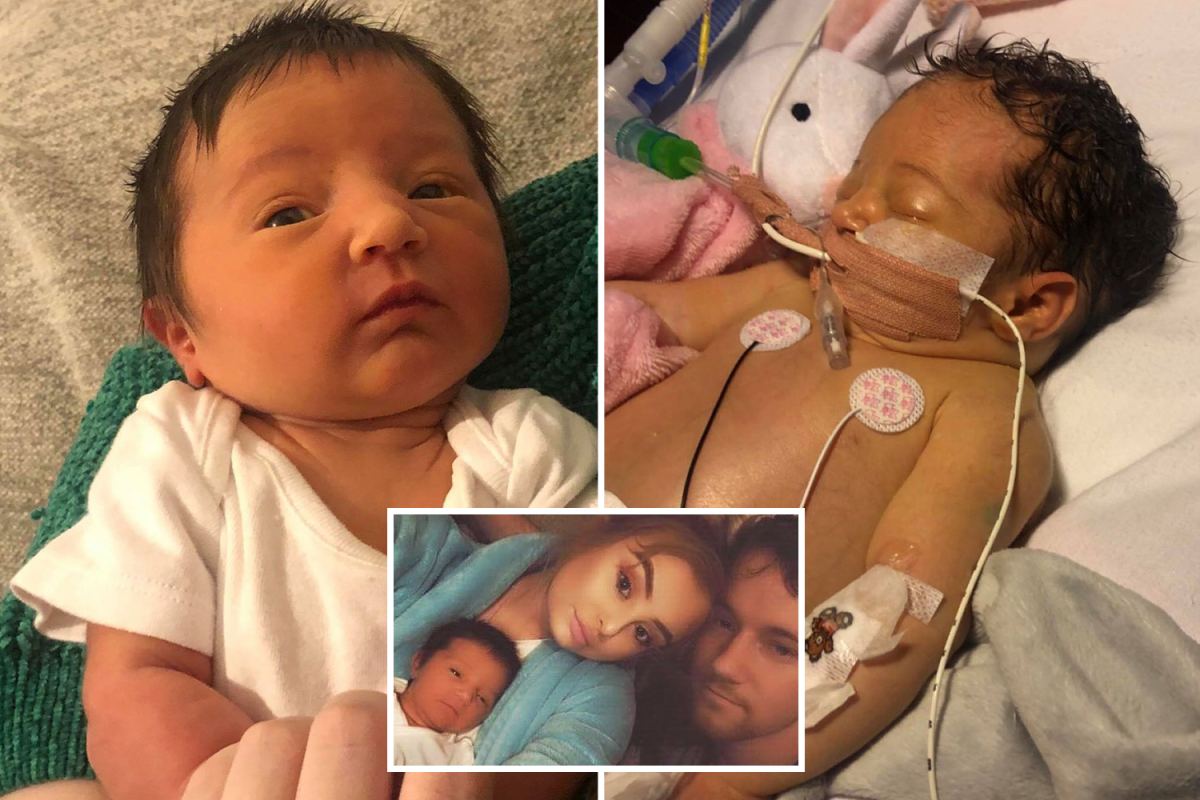 A TWO-week-old baby died after its brain swelled so much it pushed through her skull.

Arianna-Mai weighed 6lb and a half ounce when she was born on July 29 2019, at the Royal Glamorgan Hospital in Llantrisant, Wales.

Josh told Wales Online: “The 16 days we spent with her were the best 16 days of my life.

“I wish we were planning days out, our first Christmas, our first holiday, but we are not.”

Before they took her home, doctors conducted a series of blood tests, and the test results came back just over a week later.

The parents were asked to bring Arianna back, which is when their horror story unfolded.

Arianna said doctors had to take two sets of bloods from the young baby, and only afterwards were they able to diagnose the baby with galactosaemia.

Chloe and Josh claim if doctors had earlier found out about her metabolic disease, she could still be alive today.

Galactosaemia is an inherited metabolic disease caused by defects in the metabolism.

cClassical galactosaemia is the most common form, as it is associated with progressive symptoms.

They include: vomiting, diarrhoea, jaundice, liver dysfunction, and sepsis, which if untreated can result in life-threatening complications.

Little Arianna was transferred to the University Hospital of Wales where underwent a brain scan.

But the following day, on August 12, her blood pressure shot up.

Josh said: “When she came back from the scan we were then told one pupil was 4mm dilated and the other was 5mm dilated and neither were responding to light.”

At this medics said Arianna had a 1 per cent chance of survival.

Medics have said sepsis caused her brain to swell, pushing through her skull and falling into the back of her neck.

An investigation has been launched into the treatment of Arianna, as the parents believe the signs of sepsis were not pick up early enough.

Daring driver overtakes FIFTEEN cars to get past tractor – is he in the wrong?

Mum, 46, dies after drink-driver ploughs into tent she was sleeping in

A spokeswoman for Cwm Taf Morgannwg health board said: “Losing a baby is a devastating experience and our thoughts are with the family at this extremely difficult time.

“While we cannot comment on the circumstances surrounding individual cases, we can confirm an investigation is currently being undertaken into the care provided to Arianna-Mai.”