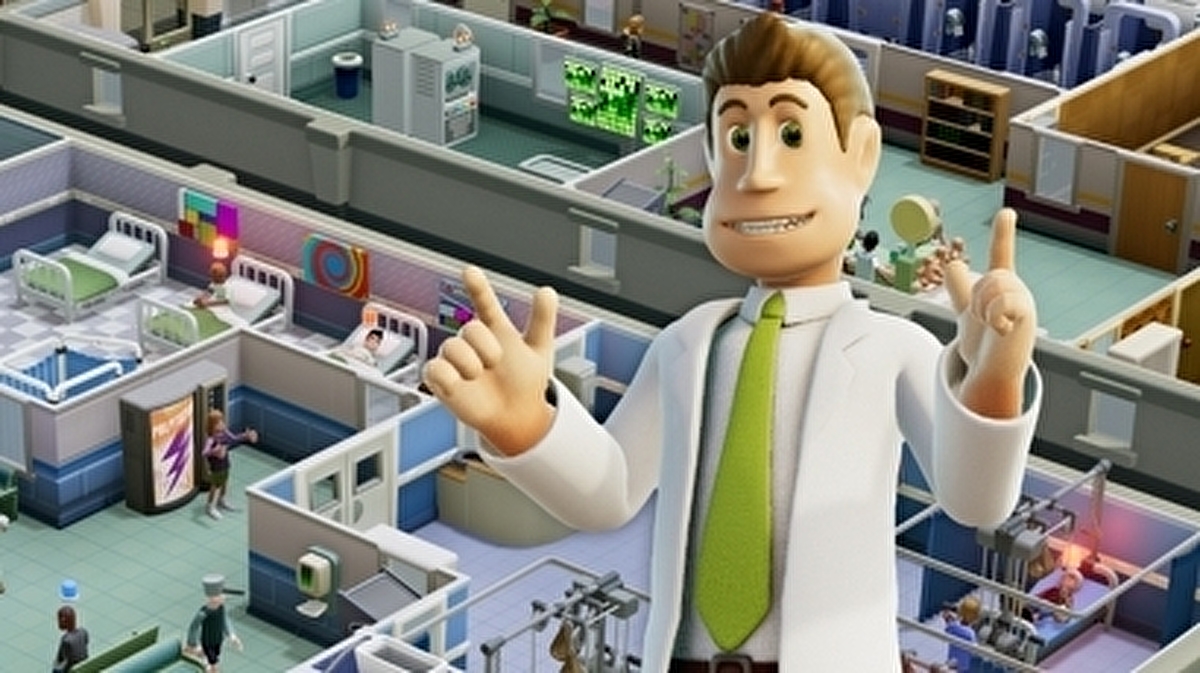 For those eager to slip on their stethoscope and take Two Point Hospital’s wellness action for a spin, no money required, the Steam Free Weekend is underway right now, and will continue until Monday, 2nd September.

It’s definitely worth giving it a go too, if you haven’t already. Two Point Hospital is a delightful experience, perfectly capturing – and expanding upon – the compulsive management tinkering and knockabout silliness of its obvious inspiration, Theme Hospital, which isn’t too much of a surprise given that Two Point Studios co-founders Gary Carr and Mark Webley both worked on Theme Hospital while at legendary British developer Bullfrog.

Those that find themselves sufficiently dazzled by Two Point Hospital’s charms over the free weekend might like to know that the game is currently discounted by 50% until 5th September, and can be purchased for the entirely reasonable sum of £12.49. There’s also 33% off Two Point Hospital’s previous two expansions – the tropical-themed Pebberley Island and snowy Bigfoot DLC – and 10% off the newly released Close Encounters.

And if that’s still not quite enough Two Point Hospital to be getting on with, today also sees the release of the new Retro Items Pack (costing £2.99), which adds a total of 26 vintage ornamentations to be placed around your burgeoning medical establishments, including flying ducks for your wall or a classic gramophone.

Two Point Hospital, for those unable to play on PC, will be heading to Xbox One, PlayStation 4, and Switch later this year.

READ  Here are some of the best PC digital game bargains right now
Share on FacebookShare on TwitterShare on PinterestShare on Reddit
newsgrooveAugust 29, 2019