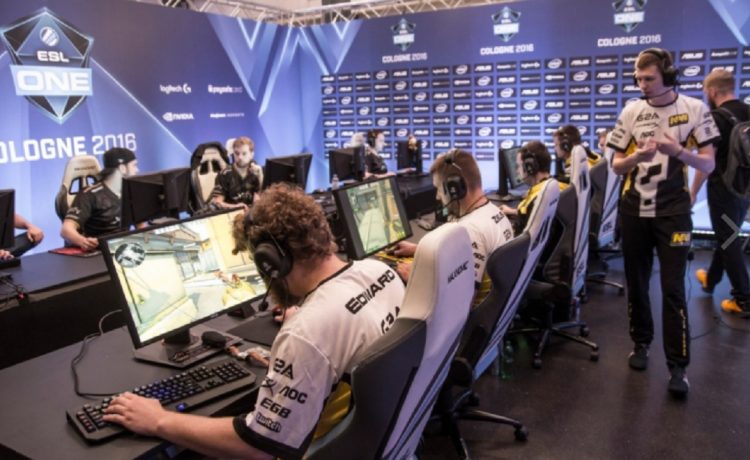 Imagine this: You and your buddy just joined a Battle Royale Minecraft server for a quick battle. You’ve got time for one more game today. In the end, you know it’s probably going to come down to him and you — 1-on-1. In the meantime, you’re teaming up. First, you hit the airfield in the southernmost part of the map, because that’s where the loot is. But everyone else knows that, too, so others are there waiting. You hit them with a bunch of witch bombs — that witches’ poison is vicious! — and grab the loot which includes a diamond sword. It’s a good thing too, because on your way out you run into a horde of zombies. You attack. You take out the first one, the second, the third and … what? Everything stops. Your screen freezes!

This is the other battle that millions of players experience. You’re not just competing against your opponents; you’re also fighting latency and your intermittent connection.

In gaming, milliseconds matter. These problems are persistent, and they make it extremely difficult to provide a level playing field for competitive gamers. Issues of latency and interruptions can be extremely damaging to both network integrity and user experience.

And beyond the network performance aspect, as games have become more popular and financial rewards have exploded, cheating has become rampant in gaming as well and another challenge for game organizers. For example, in a Dota 2 competition with an $18 million prize pool and 200 million concurrent streams, organizers had to pause the game when one of the teams created a botnet that began attacking other competitors.

In recent years, game organizers have continued to struggle with ever-evolving avenues of attack on the integrity of their competitions. They are spending millions of dollars to buy more powerful hardware and software and to arrange the pieces to make it harder to hack their games, but no one has figured out a solution that will solve these problems in a way that scales as the number of players mounts. As a result, DDoS and other attacks continue to succeed.

Although this sounds daunting, there are things we can do with up-to-date technology to solve both the latency and intermittency problems and the security vulnerabilities. And we can fix these issues without reinventing the wheel.

The most important thing to note is that all of these cloud-based games rely on a multitude of connections enabled by the internet backbone. When you are playing a first-person shooter and click to pull the trigger, before the bullet leaves your gun, the signal travels from your machine through your ISP and hops from node to node across the Internet, likely traversing thousands of miles of physical cables, until it reaches the game servers, Then it has to come back to you. And only then you do you see something happen on your screen. In a popular gaming event, there might be millions of these transmissions between gamers and game servers every minute — each connection a potential weak link.

The problem is that the public internet was not optimized to create the fast, consistent, secure  connections that gaming requires. An effective solution has to operate at the infrastructure level.

To secure against attacks, it is now possible using new technology for an organizer to employ a Discord bot to easily configure a game server that automatically encrypts all connections made within a network with high-performance tunneling. It would be as if each user was using a VPN, but without the manual configuration and slowed performance.

In the absence of encryption, an attacker who has access to a single machine could gain access to all of the other network connections. Universal encryption defangs such attacks even if — as in the Dota 2 example above — attacks come from a machine within the network of gamers connected to the server, because a single compromised connection would not enable to intercept the transmissions from other endpoints. It would also enable organizers to monitor the services within each endpoint, identifying malicious actors in real-time. This would provide them a defense against many of the types of cheating we have seen at these events. No one is doing this yet because until now it’s been an extremely hard problem to solve.

Secondly, in gaming, the difference between winning or losing is often measured in milliseconds, so solving the problems of jittery connections and latency is critical. One solution that we can employ without rebuilding the entire Internet infrastructure from scratch is adding — for organizers and individual gamers — an enhanced routing protocol layer that provides an alternative to the internet’s default Border Gateway Protocol. Instead of routing statically based on the number of network hops, a smart routing protocol will identify the fastest, most efficient route in real time. If the planned route becomes congested, a dynamic router could re-route traffic automatically, ensuring a consistent and equitable experience across all players within a game.

These two steps would get us a long way toward building a gaming experience that is more fun and more fair.

Oh, yeah, back to your Minecraft match. One second later your connection comes back, but it’s one second too late — just in time to watch yourself go from half a heart to dead. Maybe you’re the type who will find some comfort in the fact that your friend actually won the match. Or maybe you just want a better internet.

Jonas Simanavicius is the chief technology officer of Syntropy, a San Francisco-based company that is building a programmable internet that delivers novel technologies that make web interactions faster, more reliable and more secure for businesses and everyday users.