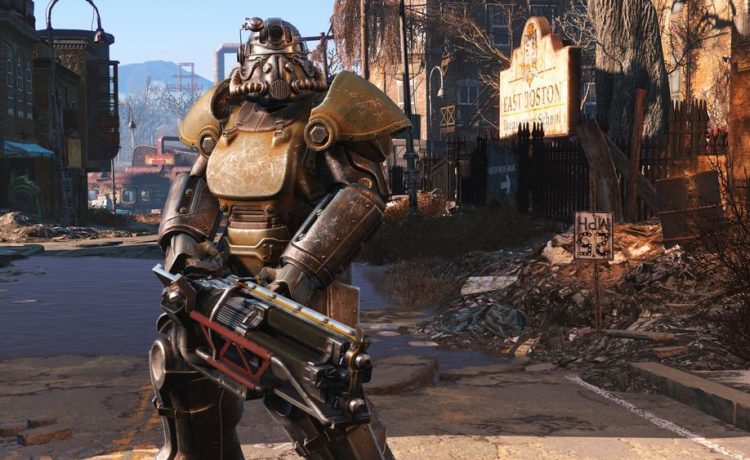 Hollywood has had an eye on video games for decades. With greater or lesser success with the public, he has adapted several works for the cinema with which studios and game firms have made cash. The universe of videogames moves billions of euros around the world and its resources are still to be exploited in a big way in places as desirable as television. There are plenty of game-based animation series, but now, in the age of streaming and multi-bidding, the stakes seem to be up. Platforms such as Amazon Prime Video or HBO have announced projects with two classics, Fallout and The Last of Us respectively, in which renowned television creators will participate. An issue that seems to want to go beyond seeking profitability and transfer the quality of these works to television series that remain in the retina and in the imagination of the spectators.

The video game industry has a value of 20,000 million euros in Europe and a similar figure in the US Only in that country, in 2022 the market (in all types of media: mobile phones, computers, tablets, virtual reality, eSports and consoles ) could produce a profit of 204,000 million euros, according to an estimate by the consulting firm Digi-Capital. In the cinema, movies based on games, such as Warcraft, Detective Pikachu or Rampage, have grossed figures in excess of 380 million euros at the box office. However, few are the films that stand out for their quality (and many are those that have been hit after their release in theaters) or for having prestigious authors in their conception and development. Something that wants to change with the adaptations of The Last of Us, Fallout or Halo in television series, a less expensive format and, with streaming platforms, globalized.

“The video game speaks its own language, the interactive one, where it not only transmits through the audiovisual plane, but there is also interaction. Therefore, it must be done through their own tools, and series and cinema must be asserted by their own language and that entails knowing how to tell new stories, entrusting that universe to directors, whether or not the original authors are involved. , and that it be enriched with all this ”, explains Sergio González, journalist specialized in videogames of the Meristation portal. Other well-known video games for which television projects have been announced are Resident Evil (with half a dozen films released since 2002), Final Fantasy, Twisted Metal, Sly Cooper, Vampyr and My friend Pedro. « These projects should not depend on the stories that have already been told in the video game, not make a translation, but they have to dare to expand that universe and tell different stories that are able to enrich it in a parallel way, » he says the specialist.

Fallout is a retro-futuristic role-playing and combat game that has seen nine installments since its release in 1997. In the first quarter of 2020 alone, the saga has sold 34 million units worldwide, according to data from Statista.com. It will be produced and written for Prime Video by Lisa Joy and Jonathan Nolan, (responsible for Westworld and Person of Interest). “It is one of the most important sagas of the western role. It fits into an artistic manifestation different from the video game because it is a deep and very well written story, everything is very well spun so that, whatever the decision is chosen, the main story, what is going to happen yes or yes, regardless of the actions player, have cohesion at the script level. The execution and the setting is very good, it is a very rich and particular post-apocalyptic universe, with a very well marked idiosyncrasy. It is the sum of these factors that allows it to fit well on television due to its narrative structure, ”explains González.

Image from ‘The Last of Us’.

The Last of Us, created for the PlayStation 3 console in 2013, is a third-person action adventure set in a post-apocalyptic world that emphasizes the consequences of violence so common in this type of story. Its second part was published last June (it sold four million copies for the PlayStation 4 in its first week, according to Sony) and normalizes issues generally unrelated to the world of video games, such as its protagonist being a lesbian and including a transgender character. The series will be written and produced by Craig Mazin, responsible for Chernobyl, one of the most acclaimed fictions of 2019, and has in its development one of the fathers of the video game, Neil Druckmann (also author of the popular Uncharted) and with the production company that Sony mounted to adapt its games, PlayStation Productions. “We are talking about narrative action in the third person, it is a more popcorn adventure, more like cinema. The strength of history, with humanity devastated by the consequences of a pandemic aggravated by a fungus that turns humans into zombie-like beings, does not depend only on its characters, who are very well written, ”says the journalist. That is, as it can happen in the game, the series could not have the two protagonists of the video game, a man who loses his daughter and an orphan girl, and it does recreate the suffocating environment with parallel stories that are alien to them.

Since Disney failed in 1993 with the adaptation of the super-hit Nintendo Super Mario Bros, many mistakes have been made in the movies in the last three decades regarding video games. “Mainly due to the need to be corseted for an hour and a half or two hours,” explains González. “The video game is very long, it doesn’t usually last two hours. Fallout can last you 20 or 30 hours, and the first part of The Last of Us lasts about 15. It is much more appropriate to develop and maintain the rhythm with a series, which allows more narrative slack, ”he says. Having as wide a fan base as video games have is not a sign that the series will have the same acceptance. Even the target audience may be different. “It all depends on how it is transmitted and the communication exercise that is carried out. With The Witcher [serie de Netflix basada en las novelas de Andrzej Sapkowski y que alcanzó enorme popularidad a través de tres videojuegos desde 2007] it was done very well, it had a very large promotional campaign, and it reached users very well ”, concludes González. Series and video games, two increasingly close worlds that try to provide feedback through the same screen.

Video games have opened other windows this year in television apart from the series that are to come. Two examples of where synergy can go are a reality show that is about to premiere in the US based on the simulation game The Sims. As if it were an e-Sports competition, a dozen contestants will compete for a prize of $ 100,000 by building the best characters and their stories in the simulator. The other is the online strategy and combat game Fortnite, the sensation of the last three years, which has introduced the possibility of attending concerts or watching movies on its stages (it recently tested in the US and some European countries, Spain was not included, with films by Chritopher Nolan).