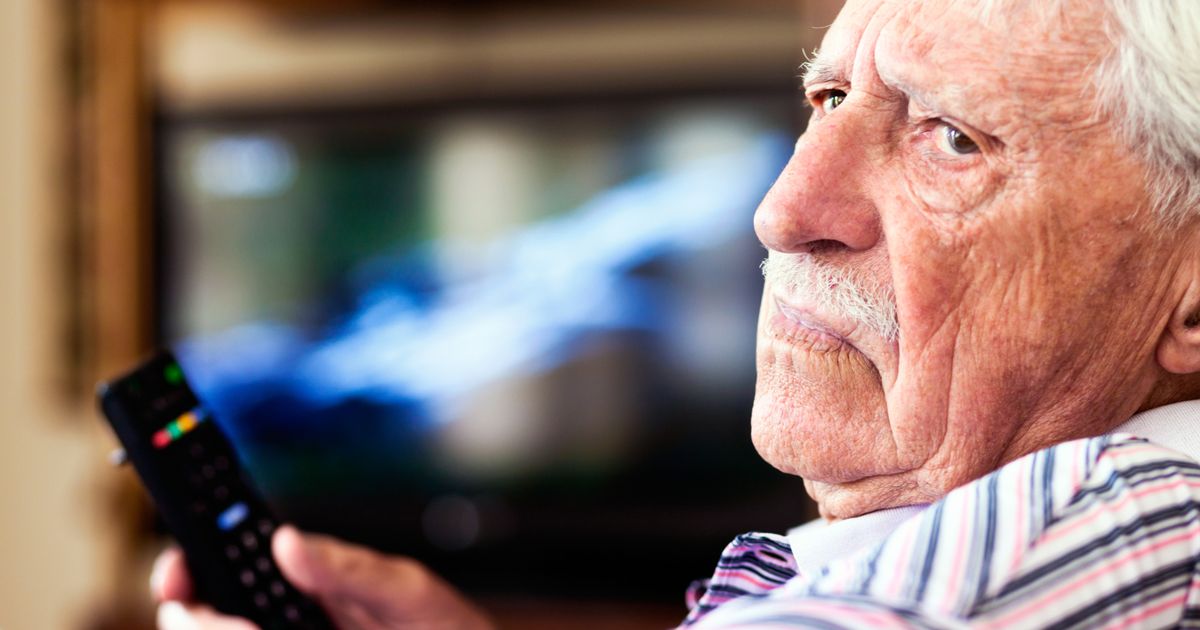 TV has become even more important to pensioners during the coronavirus crisis – just as they face being stripped of their free licences, campaigners reveal today.

Some 93% of nearly 90,000 OAPs who responded to a survey said their television had become more important since the pandemic erupted and they were confined to their homes.

A two-month stay of execution on free licences is due to run out on August 1, when over-75s who are not eligible for Pension Credit must fork out £157.50 a year to keep watching their favourite shows.

Results of a huge survey by Age UK, published today, reveal how much OAPs rely on their televisions.

The charity asked how important TV is to people during the Covid-19 pandemic.

The survey also found that many older people have relied on TV during lockdown as their main source of news and information about the virus.

Age UK said it was vital free licences for over-75s are retained.

Charity director Caroline Abrahams said: “The over-75s in our society have been through a torrid time because of the pandemic, and we all know it’s not over yet.

“As people in late old age are at the greatest risk of becoming seriously ill or dying if they contract it, this means our over-75s are going to have to be cautious and stay safe at home as much as they reasonably can.

“TV is extremely important to many older people at the happiest of times but it has taken on a whole new meaning at this time of danger and crisis, when access to authoritative information matters so much.”

Curbs on entitlement were due to come into force on June 1 but were delayed by two months because of the coronavirus pandemic.

Some 3.7 million over-75s who are not eligible for Pension Credit are due to lose free licences.

The Conservatives pledged at the 2017 election to protect the benefit for the rest of that Parliament, which was due to run until 2022.

But the BBC had already been handed responsibility for funding the lifeline from June 2020, under a deal agreed in 2015.

The Mirror is campaigning to save the benefit, with more than 18,000 readers backing the fight by completing coupons in the paper.

Ms Abrahams added: “While Covid-19 continues to hang like a shadow over our older population, which it will do for the foreseeable future, it would be unbelievably cruel to scrap free TV licences for the over-75s.

“That’s why now, more than ever, it is time for the BBC and the Government to sit down and agree a way forward which safeguards these older people’s access to TV.”

Shadow Media Minister Chris Matheson said: “Age UK’s survey has proved what we already knew – that TV is an absolute lifeline for many older people who struggle to get out.

“Lockdown has highlighted the role it plays in informing, entertaining and helping the most isolated maintain a connection to the wider world.

“The Tory government has broken their manifesto commitment to protect the over-75 licence fee and any attempt to push the cost on the BBC is just a cowardly way of cutting this vital lifeline.”

A BBC spokeswoman said: “The Government decided to end the free TV licence for the over-75s and gave the BBC Board responsibility to decide on its future.

“We consulted with the public and reached the fairest decision possible, to support the poorest oldest pensioners.

“We delayed the introduction of the new scheme until August as a result of the pandemic, and we are keeping that decision under review.

“During lockdown the BBC has played an important role informing, educating and entertaining all our audiences, including older people.

“The Board will announce its decision this month.”

Boris Johnson has previously urged the BBC to “cough up” and save free licences.