WASHINGTON (Reuters) – U.S. President Donald Trump on Thursday urged Democrats in the House of Representatives to move swiftly if they are going to impeach him, shortly before House Speaker Nancy Pelosi planned to make a statement on the status of their impeachment inquiry.

Pelosi is scheduled to deliver her remarks at 9 a.m. EST (1400 GMT), one day after the House Judiciary Committee began weighing potential charges against the Republican president.

The Democratic-led panel on Wednesday heard from four legal experts as U.S. lawmakers considered whether Trump’s efforts to pressure Ukraine to investigate a political rival rose to the level of impeachable offences.

The House Intelligence panel this week submitted findings from its inquiry into Trump’s push for Kiev to launch an investigation related to former U.S. Vice President Joe Biden, a top contender for the 2020 Democratic presidential nomination. Trump also wanted Ukraine to look into the discredited theory that Ukraine, not Russia, meddled in the 2016 U.S. election.

Democrats have accused Trump of abusing his power by withholding $391 million in security aid to Ukraine – a U.S. ally facing Russian aggression – to pressure Ukrainian President Volodymyr Zelenskiy to announce the investigation.

Trump, who has denied any wrongdoing, urged House Democrats on Thursday to move fast if they are going to impeach him so that the Republican-led Senate can take up the issue.

“If you are going to impeach me, do it now, fast, so we can have a fair trial in the Senate, and so that our Country can get back to business,” Trump tweeted.

The House may vote by year’s end on formal impeachment charges known as articles of impeachment, but Democrats, who control the chamber, say no decision has been made at this point on the specific charges.

Judiciary panel Democrats on Wednesday said they may look beyond Trump’s relations with Ukraine to include Trump’s earlier alleged efforts to impede former U.S. Special Counsel Robert Mueller’s investigation into his 2016 campaign’s relations with Russia, but they stopped short of saying that could trigger a separate charge.

A number of House Democrats have also urged fast action, citing concerns over interference in the November 2020 presidential election in which Trump is seeking a second term.

“I feel a sense of urgency. We need to act now,” U.S. Representative Karen Bass, a Democrat on the Judiciary panel, told CNN on Thursday.

If the House votes to impeach Trump, the Senate would hold a trial to decide whether to remove the president from office.

Trump’s fellow Republicans in both chambers have stood by him, and have accused Democrats of seeking to overturn the 2016 election and rushing the process.

Republicans in the Senate have given no signs they would break with the president now. On Wednesday, Republican senators met with White House lawyer Pat Cipollone to plot their strategy, Politico reported.

“If it does come to us, I think it will be along party lines,” Republican Senator Rand Paul told Fox News in an interview on Thursday, adding that the “frivolous and partisan” effort could harm vulnerable Democrats in next year’s elections.

Polling has shown Americans are also largely divided along party lines over impeachment. 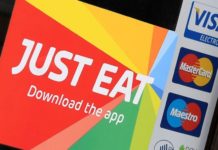 Handmade Burger Co in administration with loss of 283 jobs