Donald Trump’s team are set to file a lawsuit to stop Michigan from officially certifying Joe Biden until the state can verify the votes were cast lawfully.

US President-elect Biden, meanwhile, has said nothing would stop the transfer of power with the current leader’s camp yet to produce any evidence in their fraud claims.

Trump is pursuing legal action in several battleground states in a long-shot bid to hold on to power after projections show he lost the election, likely by a considerable margin.

Legal experts have said Trump’s litigation has little chance of changing the outcome, and state officials have said there were no significant irregularities in the November 3 election.

Witness Richard Hopkins who had raised accusations of ballot tampering recanted his allegations, according to Democrats in Congress who were briefed on the investigation.

And Trump’s accusations of fraud did not appear to be gaining traction with the public.

Nearly 80 percent of Americans, including more than half of Republicans, recognise Biden as the winner, according to an Ipsos poll.

Top Republicans in Congress, including Senate Republican Leader Mitch McConnell, said Trump had a right to challenge Biden’s victory, and others echoed the president’s unfounded accusations of widespread fraud.

Privately, some aides said Trump would need to produce credible evidence soon to retain their support.

Biden secured more than the 270 votes in the Electoral College needed to take the presidency by winning Pennsylvania on Saturday after four tense days of counting, which was delayed by a surge in mail-in ballots due to the coronavirus pandemic.

Biden said in a speech in Delaware that his team was pushing ahead with forming a new administration to take over on Inauguration Day, January 20, 2021, no matter what.

“We’re going to be going, moving along, in a consistent manner, putting together our administration, the White House, and reviewing who we’re going to pick for the Cabinet positions, and nothing’s going to stop that,” he said on Tuesday. 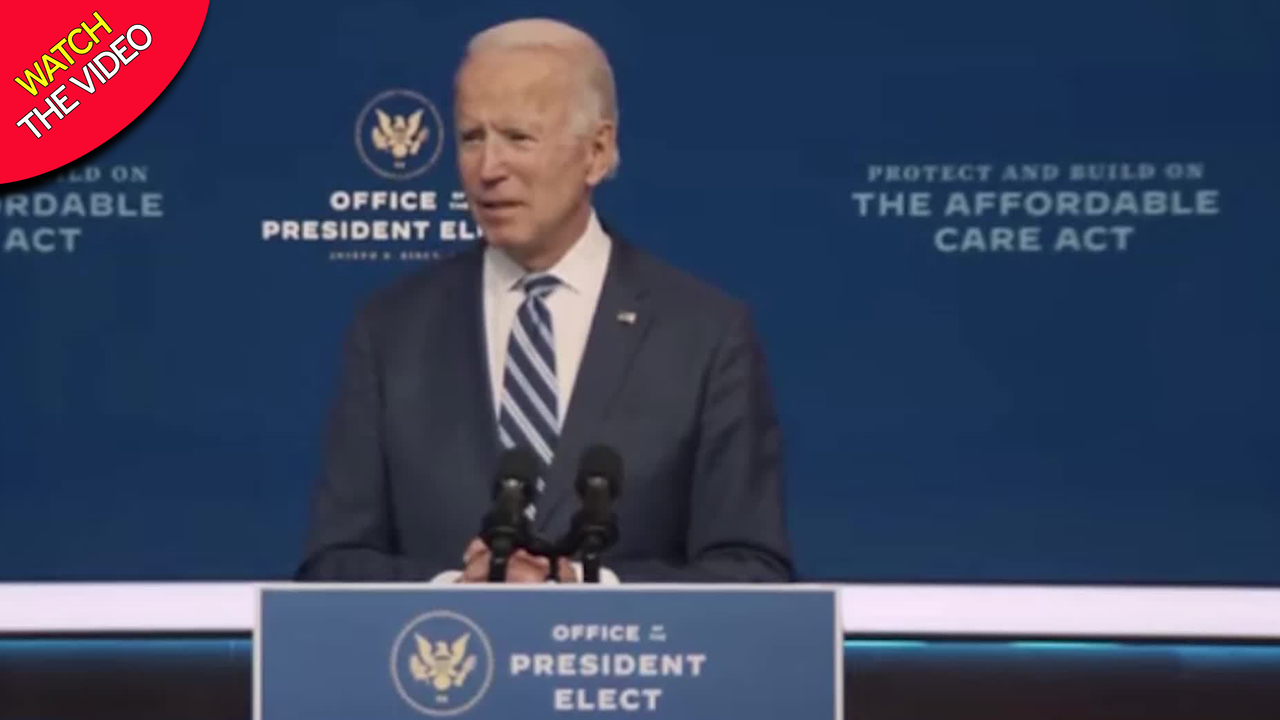 Biden said it was an “embarrassment” that Trump has not conceded the election.

Taking questions from the media for the first time since his victory, Biden was asked what he would say if Trump were watching.

He said: “Mr President, I look forward to speaking with you.”

US Secretary of State Mike Pompeo predicted a “second Trump administration,” in comments at odds with congratulatory phone calls from the leaders of Britain, France, Germany and Ireland to Biden.

Trump installed loyalists in top positions at the Pentagon, one day after firing Defense Secretary Mark Esper, which could potentially make it easier to use US troops to respond to domestic protests.

The Biden transition team has been unable to move into federal government office space or tap funds to hire staff because a Trump appointee who heads the federal office charged with recognising election results has not yet done so.

“The whole Republican Party has been put in a position with a few notable exceptions of being mildly intimidated by the sitting president,” said Biden, who chuckled when asked about the Pompeo remarks.

Boris Johnson, whose blustery style is often likened to Trump’s, said he spoke to Biden on Tuesday by phone about working together on priorities like climate change, promoting democracy and recovering from the pandemic.

Judges have tossed out election lawsuits in Michigan and Georgia brought by the Trump campaign.

Trump’s campaign and Republicans have mostly sued over claims of procedural problems with vote counting and have not presented evidence of fraud in their lawsuits. 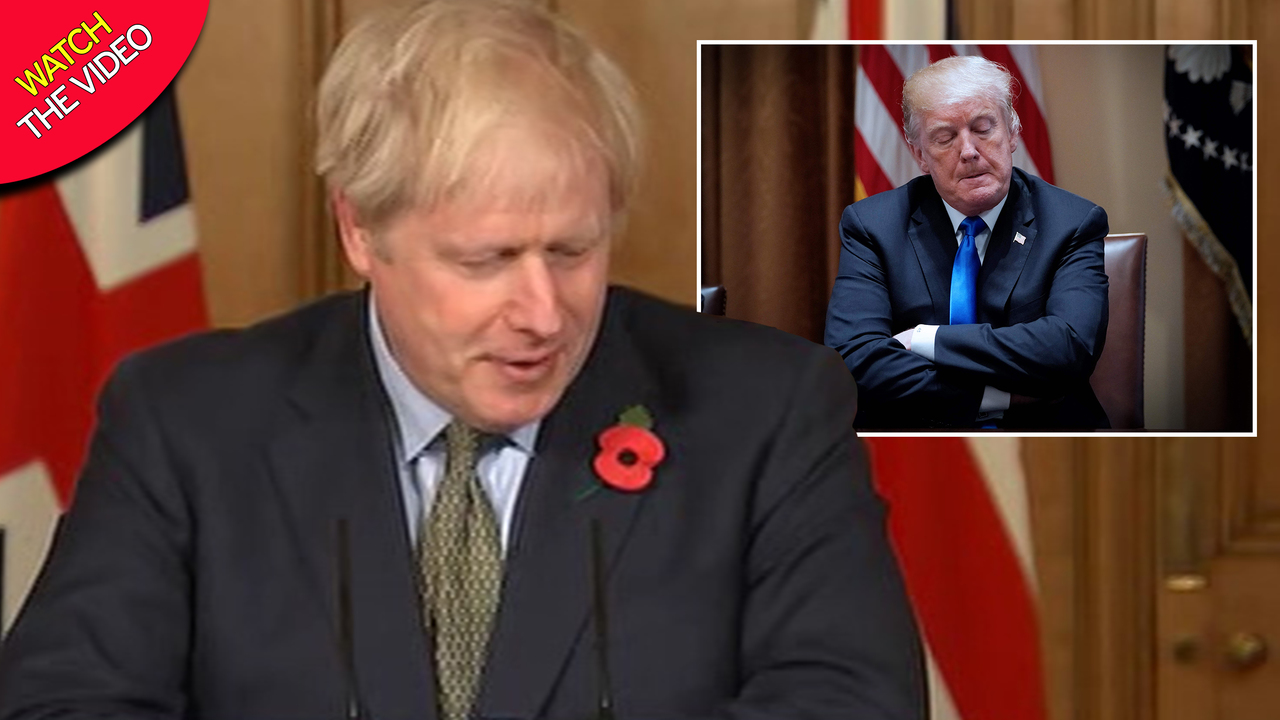 Bob Bauer, a senior Biden adviser, on Tuesday dismissed the litigation as “theatrics, not really lawsuits”.

He said statewide recounts since 2000 had resulted in an average of 430 changed votes, not nearly enough to change the outcome in the states where Biden won this year.

The law firm Jones Day, which has served as outside counsel for the Trump campaign, said it is no longer working with the campaign or others contesting the election results.

READ  Coronavirus: will the pandemic change our economic system?

The campaign sued in federal court on Monday to block officials in Pennsylvania, one of the hardest-fought states in a deeply divided nation, from certifying results there.

Some of those allegations rest on a whistleblower report from US Postal Service worker Hopkins who claimed that illegal back-dated postmarks may have been added to some late mail-in ballots.

However, Democrats on the House Oversight Committee said that worker had recanted his allegations, according to the Postal Service’s internal watchdog.

The committee said on Twitter that Hopkins did not explain why he made up the allegations.

Democrats voted more by mail than Republicans did in much of the country after Trump repeatedly and without evidence called voting by mail unreliable.

Attorney General William Barr, a Trump appointee who heads the Justice Department, told federal prosecutors on Monday to pursue “substantial” allegations of election irregularities, in a break from previous policy.

Barr told prosecutors they should not pursue “fanciful or far-fetched claims”.

And for the grim reaper's next trick… cartoon

Covid: Hospitals could be overwhelmed without new tiers, says Gove