Donald Trump has waded into the UK’s general election by claiming Labour leader Jeremy Corbyn would be “so bad” for the country and heaping praise on Boris Johnson.

The intervention by the US president on behalf of the prime minister is unlikely to be seen in Downing Street as helpful; a YouGov poll confirmed that Mr Trump is unpopular in the UK, with two-thirds of Britons holding a negative opinion of him.

Mr Trump, appearing on the LBC radio show presented by his old friend Nigel Farage, the Brexit party leader, said: “I have great relationships with many of the leaders, including Boris who’s a fantastic man — I think he’s the exact right guy for the times.”

Mr Corbyn will be delighted by Mr Trump’s characteristically undiplomatic intervention in British politics, given that he is trying to present Mr Johnson as a poodle of the White House.

The Labour leader claims that Mr Johnson’s Brexit plans would involve striking a “toxic Trump trade deal”, in which Britain would open its doors to US corporations in a one-sided agreement.

The Labour leader claimed this week that Mr Johnson wanted to open up the National Health Service to American companies; he also claims that the prime minister would open up British markets to US agricultural products currently banned by the EU.

READ  Beat laments Uber's Colombia departure, but will not hold back in its absence

Mr Trump said a post-Brexit trade deal between the US and UK would lead to “many times the numbers” of current trade between the two countries, a view which is dismissed as ludicrous by many experts.

He also warned Mr Johnson not to stick too closely to Brussels rules in any future UK/EU trade deal, warning that it could make it impossible for Washington to strike its own deal with Britain.

Mr Trump said that “under certain aspects of the deal” it would not be possible to make a trade deal with the UK. Downing St insisted that Mr Johnson’s deal would leave Britain free to strike trade deals around the world.

Mr Trump’s glowing endorsement of Mr Johnson on Mr Farage’s radio show will be seen by some as an indication that the Brexit party leader may be about to do the prime minister a general election favour.

Mr Farage’s party is split over how many seats to fight at the general election; if the Brexit party stands aside in hundreds of seats it could help Mr Johnson scoop up the lion’s share of Leave voters. Mr Farage will announce his strategy on Friday.

Mr Johnson has repeatedly ruled out any electoral pact with Mr Farage, but Mr Trump said he was confident the two men would “end up doing something”, as he phoned in to the London-based UK national radio station.

“I know that you and him will end up doing something that could be terrific,” he said. “If you and he get together it’s an unstoppable force.”

READ  Libra cryptocurrency won’t set us free, it will further enslave us to Facebook | Kenan Malik

Mr Corbyn seized upon the president’s remarks, claiming Mr Trump was “tryng to interfere in Britain’s election to get his friend Boris Johnson elected”.

He added: “It was Trump who said in June the NHS is “on the table”. And he knows if Labour wins US corporations won’t get their hands on it. Our NHS is not for sale.”

Meanwhile, Antoinette Sandbach, former Tory MP for Eddisbury in Cheshire, defected to the Liberal Democrats last night, becoming the eighth new recruit to the pro-EU party in recent months. She takes the party’s strength to 20 MPs.

Ms Sandbach was expelled from the Tory parliamentary party by Mr Johnson after she opposed his Brexit policy. She will contest her current seat for the Liberal Democrats in the December 12 election. 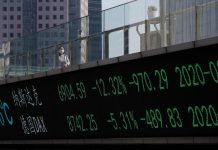 Push to end low pay may have to be scrapped, UK government warned