TRSNMT 2020: how to get tickets, full line-up and presale details for the Glasgow Green festival 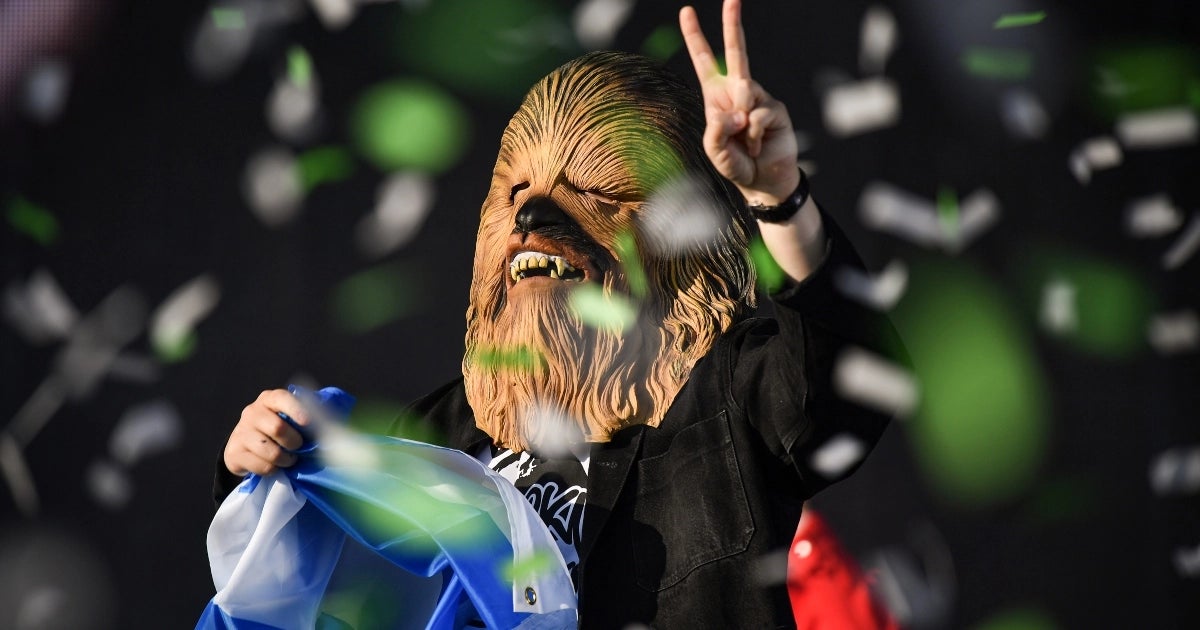 Courteeners, Liam Gallagher and Lewis Capaldi will all play headlining shows, closing out proceedings on the Friday, Saturday and Sunday of the event respectively.

Capaldi will be glad it’s Liam headlining the night before his performance then, and not his older brother.

Also at last year’s event, rapper Stormzy dominated the conversation on the opening day as the closing act caused much deliberation as to whether or not he’d make his slot at the Scottish festival.

Posting to Instagram that afternoon, Stormzy did make it to the Main Stage in plenty time and dominated the headlines even further with his entrance, receiving a police escort to the festival.

Over 150,000 fans took in more than 70 performances during the weekend, with the likes of Catfish and the Bottlemen, George Ezra and Gerry Cinnamon also wowing crowds.

Here’s everything you need to know about the 2020 edition of TRNSMT:

T in the Park is cancelled for good as TRNSMT opens in Glasgow, organisers confirm

TRNSMT takes place across the weekend of 10 – 12 July.

Who will be appearing?

Alongside the headliners mentioned above, there will be plenty of other acts to keep you going across all three days.

Snow Patrol and Rita Ora will be playing before Lewis Capaldi’s headline set on the Sunday, and it’s worth remembering that these are just the confirmed acts so far; more will be announced in the run up to the festival.

At the moment, the festival schedule looks like this:

Where are the female artists?

The three headline acts have all have previously played at the TRNSMT festival since its launch on Glasgow Green in 2017.

But DF Concerts have revealed they will be reviving a dedicated stage for female performers at the 50,000-capacity festival in response to feedback from audiences and artists about its creation last year in the wake of criticism over the festival’s male-dominated line-up.

Festival director Geoff Ellis said: “We did have criticism from some quarters last year.

“There will be more to come – it won’t just be Rita Ora, who is already an arena-level artist and Little Simz, who definitely will be one in the future. We have a lot more to announce.

“The Queen Tut’s Stage is giving a leg-up to female artists who would not perhaps be on at a festival otherwise.

Not only will our audience get to see them but it also gives a real incentive to a 15 or 16-year-old who has formed a band to get on that stage in a couple of years time.

“We set the Queen Tut’s Stage up last year so that it would have the best chance of succeeding, as we knew that people wouldn’t really know who most of the artists were.

“I thought it definitely worked well and we’ll be looking to enhance it this year – it’s not about putting a stage on in the corner of a festival.”

How do I get tickets?

Tickets for TRNSMT 2020 go on general sale at 9am on Friday 29 November. A TRNSMT database pre-sale began at 9am on Wednesday 27 November for those signed up.

Fans will also be treated to a Black Friday Deal where those signed up to TRNSMT’s database receiving a discount on weekend tickets for one week only before the next tier of ticket pricing kicks in on December 7th.

It will be applied on both pre-sale and full general release tickets.

As well as standard tickets, which give you access to the main festival arena, there will also be VIP passes available.

These grant the holder a glass of bubbly on arrival each day, a dedicated VIP entrance, access to an exclusive chill-out zone away from the main festival arena, access to the VIP Bar and food area (catering to all dietary requirements), a seated area, and upgraded flushing toilets.

One day and two days passes will be available, as will weekend tickets.

Ticketmaster will be offering a payment plan option on a deposit scheme, making it easier for you to spread the cost of your TRNSMT ticket. You’ll be able to pay from £29.90 (plus fees) on your first payment, followed by two more instalments.

Tickets are priced as follows (all prices subject to additional booking fees):