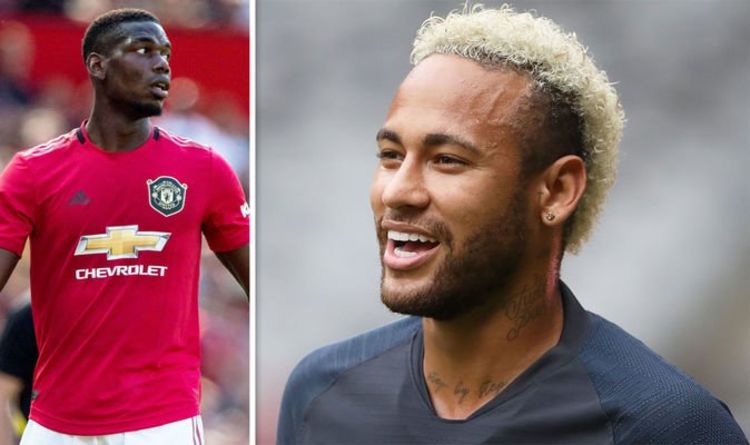 Real Madrid have no chance of beating Barcelona to the signing of Neymar, it’s claimed.

The Spanish giants are both eyeing a deal for the PSG forward, who is keen to return to La Liga.

And according to Spanish newspaper Sport, Barcelona will beat Real Madrid to the signing of Neymar.

They say there is no possibility of Neymar joining Real Madrid before the European transfer deadline next week.

Barcelona are confident of signing Neymar in the coming days.

Transfer news LIVE: Neymar is off to Barcelona (Image: GETTY)

The Brazilian is reportedly on the brink of sealing his transfer back to the Nou Camp after two years at PSG.

Thomas Tuchel wants the deal to include Ousmane Dembele, as he’s a personal fan of the Frenchman.

The PSG boss has been keen on attracting Dembele to the Parc des Princes since the start of the transfer window, according to Le Parisien.

Barcelona defender Gerard Pique wants Neymar to snub a move to Real Madrid in favour of returning to the Nou Camp.

“I hope he comes here with us to Barcelona but also Real Madrid is another big club.

“I don’t know man. Let’s see what happens this week.

“Everything is speculation. Let’s see at the end if he arrives here or not.”

The Glazers blocked a move for Manchester United defender Marcos Rojo to join Everton on transfer deadline day, according to reports.

Rojo remains unsettled at Old Trafford and was the subject of interest from the Merseyside club late in the window.

And the Evening Standard say a loan move was agreed before owners the Glazers pulled the plug as they were demanding a permanent deal that included a £25million fee.

Solskjaer is now left with a player who earns a reported £120,000 per week and is not wanted at the club.

Barcelona and PSG have reached an agreement for the transfer of Neymar.

Barcelona and PSG officials met in Paris on Tuesday to thrash out the deal.

However, BBC Sport add that the deal depends on the Barcelona players’ willingness to join PSG.

PSG have drawn up a list of replacements for Neymar.

PSG boss Thomas Tuchel is also a fan of Barcelona’s Demebele, who the French champions could get in the Neymar swap deal.

Dybala was tipped to head to the Premier League in the summer, however, deals with Manchester United and Tottenham fell through.

The Manchester United star is desperate to quit Old Trafford for La Liga before the European transfer deadline.

Marca add that Pogba’s agent Mino Raiola is working on the deal.

Pogba will not renew his United contract, which currently runs until 2021.