The January transfer window is approaching its climax and several clubs are making significant moves to bolster their squads for the second half of the season.

After Tottenham had a bid rejected for Porto’s Luis Diaz, Liverpool have definitively joined the race to sign the Colombian winger and Jurgen Klopp’s side are expected to seal a deal worth around £50m including bonuses for the 25-year-old. The news comes as another major blow to Spurs, who are also set to miss out on long-term target Adama Traore, with the Wolves winger flying to Barcelona on Friday to complete a medical ahead of a loan move to his boyhood club. Towards the bottom of the Premier League, Newcastle are hoping to finalise the headline signing of Bruno Guimaraes from Lyon, while Burnley close in on Mislav Orsic and Wout Weghorst.

Meanwhile, in Europe, Dusan Vlahovic has arrived in Turin to complete his medical ahead of the striker’s move to Juventus. Arsenal’s failed pursuit of the Serbian has left the club frantically searching for a new striker before the deadline, with both Alexander Isak and Jonathan David set to remain at their clubs until the summer.

Follow all the latest transfer news and updates below:

Transfer news: What’s the biggest story of the day?

So far today, the biggest news is that Tottenham are being beaten to a deal with Porto star Luis Diaz.

The Reds are looking to push through a transfer that would see them pay an initial £37.5million with a maximum of £12.5m in add-ons for the 25-year-old.

It is understood the Colombia international was manager Jurgen Klopp’s first choice for a summer transfer but growing interest forced them to move early.

However, there remains a significant number of hurdles to overcome, the main one being he is currently in Argentina with his national team.

Liverpool are flying a team out to South America to expedite the deal but a medical is already a considerable logistical issue.

Manchester United are in the business of loans this transfer window with rumours surround Jesse Lingard, Donny van der Beek and no D’Mani Mellor.

Mellow spent the first half of the season on loan at Salford where he made three appearances and it seems he will be shipped out once again.

This time the destination is Crawley and the deal is thought to be being announced within the next day.

Transfer news: Where will Muller end up?

Thomas Muller’s contract with Bayern Munich runs out in 2023 and two Premier League sides are keeping tabs on the situation. Newcastle and Everton are interested in seeing if a shock move could be pulled off, according to Sport Bild.

The German international has continued his good form this season and with both the Magpies and Toffees struggling in their big to stay in the top-flight, Muller would be a huge move.

However, nothing has yet been confirmed and it’s unlikely a coup would happen in the winter window.

Donny van de Beek hasn’t had the best time at Manchester United and he could be given the opportunity to prove what he’s worth at another club.

It’s been reported by the Daily Mail he could move on loan to Crystal Palace in the January window.

He has been struggling for minutes at the club and if reports are to be believed he isn’t happy at the Premier League side. If those are true, he will be happy that “positive talks” are happening between the sides.

It’s thought Kylian Mbappe will move away from the French club this summer and England international Rashford could be his potential replacement.

It’s unlikely a deal would come to fruition in the January window but it’s a deal to keep an eye on over the coming months.

What is Newcastle’s problem this transfer window?

Newcastle are struggling to get deals over the line in this transfer window, deals they desperately need to try and avoid relegation.

A deal with Jesse Lingard from Manchester United on loan is on the table. But bosses at Old Trafford have made the price incredibly high. It would work out to £1 million a month which would make Lingard the highest paid footballer in the world.

So why is this window so tricky for Eddie Howe’s side? Our chief footballer writer Miguel Delaney has written: “Others around the Premier League believe it is about even more than that – and about wider views on the new Newcastle.

“While Manchester United insist they are only looking after their own interests and looking to recoup fair value, more than a few sources in the game say it is one area where the interests of the top clubs align.

“The argument is that they know Newcastle can be a real threat in the future, and that relegation would delay the project – perhaps even derail it. As such, they’re not going to make anything easy for them.”

Paris Saint-Germain are close to signing Tottenham Hotspur star Tanguy Ndombele on loan, according to The Telegraph.

Ndombele hasn’t impressed at Spurs with fans even booing him off the pitch in an FA Cup match against Morecambe. The 25-year-old would once again be working under Mauricio Pochettino if the PSG move went ahead. The manager was in charge of Tottenham when the player signed for the Premier League club.

It’s been reported Spurs want PSG to cover his wages in full after initial talks of a swap with Leandro Paredes didn’t come to fruition.

The deal is an initial loan with the option to buy at the end of the season.

Issa Diop could move from West Ham to Newcastle United as Eddie Howe’s side have highlighted their interest, according to L’Equipe.

However, it could be a tricky deal to broker as the Hammers aren’t open to selling the star. It’s clear to see why as Diop has a 89% tackle success rate and no errors that have led to a goal so far this Premier League season.

The French publication says though Diop’s representatives are speaking to Newcastle so it will be a matter of time to see which way this move goes.

It’s been reported Wolves’ Adama Traore is in Spain for a medical with Barcelona after a deal with Tottenham couldn’t be struck.

It’s thought Antonio Conte bid £15m for the player but Spurs have denied making an offer. Traore began his career at Barca before moving to the Premier League in 2015.

Journalist Fabrizio Romano tweeted: “Traoré day in Barcelona. He’s back in Spain in order to undergo medical and sign as Barça player on loan with buy option [€30m] from Wolves.

“Adama and Barça have also agreed a pre-contract for five years in case FCB will decide to buy him on a permanent in June.”

Andy Carroll, who is a free agent after leaving Reading, is reportedly having a medical at West Bromwich Albion today.

The 33-year-old, who has previously played for Newcastle and Liverpool, is being drafted in for the injured Daryl Dike.

The deal would only cover Carroll until the end of the season and it’s unclear where he would be looking to move after that point. 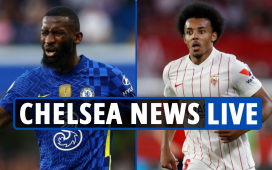 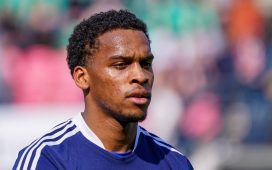 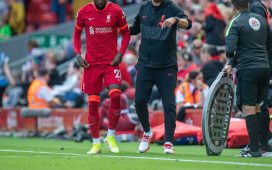 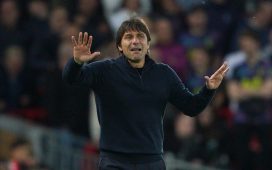 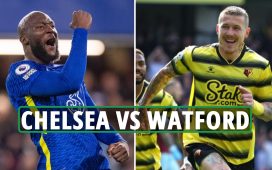 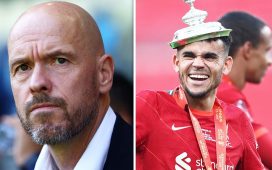