Tracing the Interconnectedness of Art and Video Games – Hyperallergic 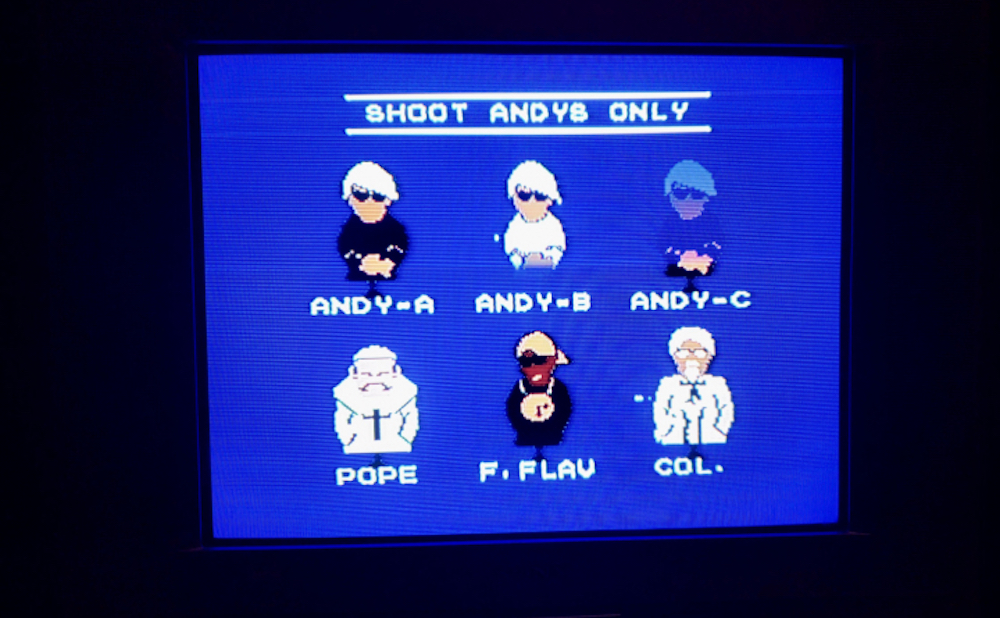 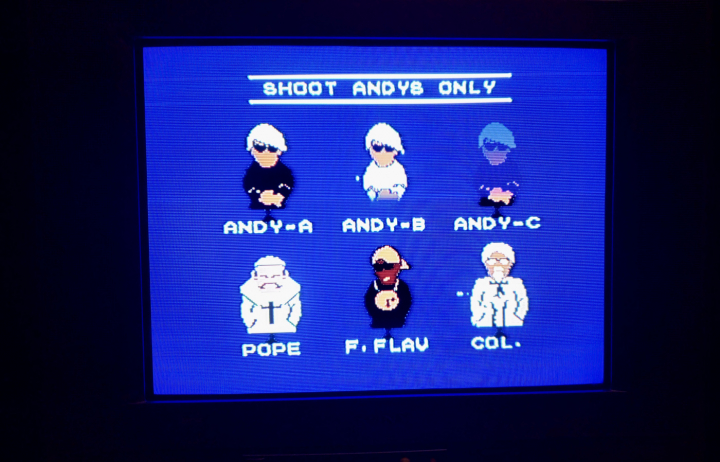 AKRON, Ohio — It is difficult to imagine a life in the last 40 years that has been untouched by virtual worlds and increasingly immersive digital gaming. But are these art? Yes, doye, video games are art — or, at least, they can be. In fact, video games are some of the most popular and best-funded interpretive art forms on the planet. A single blockbuster video game might have a production budget of $100M, and employ artists to create original graphics, design characters and worlds, produce experimental soundtracks — which have developed into an incredible avant garde subgenre within contemporary scoring and electronic music — in addition to a host of other technical graphic rendering and programming professionals. Just as A/V technology not only employed creative professionals in the making of mainstream videos, but also fostered a cohort of video artists who seized upon this new medium as a forum for experimentation, pushing against and advancing the form, video games (both mainstream and indie) are at a creative peak, as fine artists respond to and play with video gaming culture, visuals, and communities.

Some outstanding examples of these can be found in Open World: Video Games & Contemporary Art at the Akron Art Museum. Curated by Theresa Bembnister, the show features two dozen international artists who use video games as source material, and includes interactive art experiences, physical and virtual objects, and the opportunity to play while teasing out the art within video games.

To the left of the entrance is a maximalist interactive video game projection, Long March: Restart by Feng Mengbo. Two long walls of the gallery serve as the canvas for the game projection, but unlike the side-scrolling game format, which requires characters to progress more or less on a linear path, encountering ever-multiplying foes in need of stomping or treasures to collect, Feng’s player avatar, a Red Army solider, is free to move around the approximately 80-foot play area, navigating a hit parade of characters from the scrolling arcade cabinet and early home console gaming. The original Long March was made in 1934-35 by the Red Army troops under Mao Zedong, covering 8,000 miles in 370 days; the relentless action of Feng’s Red Army avatar across the room requires that the gamer “would have to dash to catch up with the character,” said Feng in a 2010 blog post on MoMA’s acquisition of the piece.

The blending of identity with cultural signifiers via avatar is, unsurprisingly, central to several the exhibition’s interactive works; Rachel Rossin’s Skinsuits VR experience plugs participants into an abstract landscape where the main action of your character is to continually shed its skin, revealing new layers of character skins. The very nature of avatars as potential alter-egos makes this VR experience feel somewhat diagnostic — as though in revealing a particular set of skins, the game is telling you something about yourself. (The identifiable characters in my short time on the machine were Batman and Bender from Futurama, which is basically accurate.)

Easily the single most cited game in the show, and the one that must therefore be taken as the measure of our times, is Grand Theft Auto. GTA is all over Open World, from stunning street portraits of characters taken by Alan Butler through his avatar’s cell phone camera, to hazy landscapes by Joan Pamboukes that literally and figuratively blur the line between landscape and gamescape, to the haunting Elegy: GTA USA Gun Homicides by Joseph DeLappe. The latter is a version of the game designed to shoot the number of bystanders on the street that were actually shot and killed in the United States in 2018 and 2019; it leaves the streets littered with bodies. In her catalogue essay, “A World of Possibility: Video Games as Art,” Samantha Blackmon states: “Art traditionally offers us a glimpse into the cultural and historical moment — and so do video games.” It is impossible to overlook the omnipresence of GTA — not only as source material through which artists in Open World reflect on the world around them, but as the ultimate relentlessly and senselessly violent first-person shooter game, perhaps a contributing factor to the fever pitch of senseless and violent shootings out here in the real world, as well.

But Open World has much to offer beyond musings on gun violence. Several pieces highlight the tension experienced by female gamers, and the conceptual art that emerges when artists attempt to engage in feminist practice or praxis in the context of virtual worlds. An approximately one-hour video from Angela Washko’s Free Will Mode series features Sims put in uncomfortable situations: “You’re Either In or Out” shows the mental collapse of a woman trapped in a lavish home with no doors, surrounded by a group of confused, tired, and hungry male characters, unable to get to her or the comforts of home; collective madness and much self-soiling ensues. Another of Washko’s video works feature selections from her 2013-14 work, “The Council on Gender Sensitivity and Behavioral Awareness in World of Warcraft,” wherein her highly developed WoW character attempted to talk about feminism with other characters she encountered in the game. Madness ensues.

TimeTraveller™ (2008-13) by Skawennati tackles representation and Indigenous identity, in a Indigenous-futurist series of nine episodes that follows Hunter, a contemporary Mohawk warrior, on a virtual vision quest through some First Nations and American Indian events of great historic significance, including the Sioux Uprising of 1862, the 1990 Oka Crisis in Quebec, and the occupation of Alcatraz Island (1969-71).

The non-virtual objects in Open World include yarn console controllers by Nathan Vincent; brilliant fiber works by Krista Hoefle that translate the bit-forms of early arcade games into the geometric construction of quilts; and teeth-grindingly detailed ballpoint pen drawings on paper by Butt Johnson that illustrate game worlds, architecture, controller devices, and characters in epic high fantasy detail. But I’ll leave it to you to explore the full measure of Open World.

A powerful counterpoint to the stimulation and social interaction of many of the works in Open World is the quiet and deeply affecting The Night Journey (2007-18) by Bill Viola and the USC Game Innovation Lab. This interactive installation invites the player to navigate a delicate black and white gamescape with no apparent objective other than to breathe, observe, and ruminate (the last was accompanied, in the bit of the game I played, by a flock of doves that flies overhead). While many games push an antagonist agenda, and even open-play style games still often enforce Capitalist and colonial values of exploration, acquisition, and accrual, Viola’s game is a quest that disciplines us in the pursuit of a commodity all too rare in our world: peace.