Eight years ago, Toy Story 3 was supposed to be the end of a saga.

But while Andy is finally all grown up and gone (please don’t remind us…), the story will now continue with Toy Story 4, a film that will pick up the tale of Buzz, Woody and the rest of the gang in a new adventure that takes Pixar right back to where it all started in 1995.

We’re just weeks away from finding out whether or not Toy Story 4 lives up to the hype – if you’re as ‘buzzed’ as we are about this latest part, you might enjoy this interview with producer Jonas Rivera who gave us a preview of what we might excect from the new movie.

Here’s everything we know about it so far – check back for regular updates and more news as we get it.

A new teaser for the film premiered after the 2019 Super Bowl. It sees Woody reconnecting with the new-look Bo Peep, while Buzz Lightyear finds himself in a spot of bother – trapped on a fairground prize stand alongside the none-too-pleased Ducky and Bunny (voiced by franchise newbies Keegan-Michael Key and Jordan Peele).

Bo Peep herself, Annie Potts, introduces a new clip from the film below, too…

The film’s first teaser arrived in November and gave us the briefest of glimpses of Forky, the film’s new character. Aside from that, it’s just nice to see the gang back together.

The next day, we got another teaser and a pair of new charatcers in Ducky and Bunny:

After sitting out Toy Story 3, Bo Peep is back (as is actress Annie Potts), and her previous absence is set to play an important role in the new story, as a little teaser and a brand new synopsis for the film reveal:

Woody (voice of Tom Hanks) has always been confident about his place in the world, and that his priority is taking care of his kid, whether that’s Andy or Bonnie. So when Bonnie’s beloved new craft-project-turned-toy, Forky (voice of Tony Hale), declares himself as “trash” and not a toy, Woody takes it upon himself to show Forky why he should embrace being a toy. But when Bonnie takes the whole gang on her family’s road trip excursion, Woody ends up on an unexpected detour that includes a reunion with his long-lost friend Bo Peep (voice of Annie Potts). After years of being on her own, Bo’s adventurous spirit and life on the road belie her delicate porcelain exterior. As Woody and Bo realise they’re worlds apart when it comes to life as a toy, they soon come to find that’s the least of their worries.

Says Potts of Bo’s return: “She is modern, independent, capable and confident. Bo is written and conceived to be inspiring as she has weathered life’s ups and downs with grace. I aspire to that.”

Pretty much everyone else is back for the fourth film (can you even imagine a Toy Story film without Tom Hanks and Tim Allen?).

Hanks is back as Woody, Allen is back as Buzz, and most of the rest of the toy box are back too – with Joan Cusack as Jessie, Jodie Benson as Barbie, Jeff Garlin as Buttercup, Kristen Schaal as Trixie, Bonnie Hunt as Dolly, Blake Clark as Slinky Dog and Estelle Harris as Mrs Potato Head.

Sadly, of course, Don Rickles has passed away since Toy Story 3. Pixar faced a similar problem after Jim Varney’s death before the last film, eventually deciding to recast the voice of Slinky Dog – and his presence in the teaser trailer suggests that they’ve done the same thing here.

New to the cast list is Patricia Arquette. According to The Wrap, she’s playing “a hippy mother”, but that’s about all anyone has at the moment. We also know that Tony Hale is voicing the weird new non-toy character, Forky, and that Keegan-Michael Key and Jordan Peele provide the voices of Ducky and Bunny, the two fairground prizes.

Keanu Reeves has a part in the fourth instalment, too. He’ll be playing a Buzz Lightyear-ish toy, without quite the same grand Star Command stature.

“Keanu Reeves has got a great part in it,” confirmed Tim Allen in November. “Actually, little inside story, even he said, gentle, wonderful guy that he is, ‘This sounds too much like Buzz Lightyear.’ And his character does have an edge to that.”

This is the elephant in the room. In November 2014, John Lasseter announced that the film was being made, and that he was going to direct it.

“We love these characters so much; they are like family to us,” Lasseter said in a statement. “We don’t want to do anything with them unless it lives up to or surpasses what’s gone before. Toy Story 3 ended Woody and Buzz’s story with Andy so perfectly that for a long time, we never even talked about doing another Toy Story movie. But when Andrew, Pete, Lee and I came up with this new idea, I just could not stop thinking about it. It was so exciting to me, I knew we had to make this movie – and I wanted to direct it myself.”

READ  From Animal Kingdom to The Babadook: the best Australian films of the decade

Three years later, Lasseter suddenly left the project, introducing new director Josh Cooley to the stage during the D23 expo without giving any other explanation. Of course, less than a year later, Lasseter stepped down from Disney altogether after allegations of sexual misconduct, leaving Pixar without its creative head – and leaving a lot of speculation about his reasons for not directing Toy Story 4 in the first place.

The good news is that the film seems to be in safe hands with Cooley, who has been with the studio since 2004, working as a storyboard artist on several films before graduating to director on the excellent Inside Out short, Riley’s First Date.

Rashida Jones and Will McCormack (the writers of Celeste And Jesse Forever) were initially on board to write the script, but they left in November 2017 to be replaced by Stephany Folsom (who worked on Disney’s Thor: Ragnarok and Star Wars: Resistance after turning heads with a Black List script called 1969: A Space Odyssey Or: How Kubrick Learned To Stop Worrying And Land On The Moon).

Elsewhere, the rest of the Pixar creative team seems to be unchanged – with Lasseter, Andrew Stanton, Pete Docter and Lee Unkrich all credited on the story team, Jonas Rivera producing and, more importantly, Randy Newman back to do the score.

The ending of Toy Story 3 seemed pretty final (and pretty upsetting) when it closed the book on Woody, Buzz, and the rest of the gang. In fact, it felt like it had to be the end since Woody and his friends were “set free” by Andy to be the playthings of Bonnie (and to star in the two shorts, Toy Story Of Terror! and Toy Story That Time Forgot).

Before taking time away from Pixar, John Lasseter told CNBC in 2015 that the next film will be a sort of rom-com. “It’s a love story with Woody – and this is news – Bo Peep,” Lasseter said, talking about the inspiration he drew from his wife, Nancy. “It’s a very personal story. As is every film at Pixar. But that’s what this one is for me. It’s a very touching story that’s inspired by my love for my wife.”

Bo-Peep gets a very quick (and very sad) mention in Toy Story 3 when Woody tells us that “she didn’t make it” – sold-off in a yard sale along with Wheezy, Lenny and Etch A Sketch. Since we know Lasseter wanted her to be the romantic interest for the new film, it looked likely that the plot would revolve around Woody setting out to get her back from wherever she’s gone.

But that was before Forky came along…

With the teaser trailer that landed in November, we also got our first look at the toy’s weird new friend, along with a first synopsis:

“Woody has always been confident about his place in the world and that his priority is taking care of his kid, whether that’s Andy or Bonnie. But when Bonnie adds a reluctant new toy called “Forky” to her room, a road trip adventure alongside old and new friends will show Woody how big the world can be for a toy.”

The next day we got another trailer (and another synopsis) introducing us to Ducky and Bunny – two fairground prize toys who “find themselves on an unexpected adventure with a group of toys who have no idea what it feels like to be tacked to a prize wall”.

Is the new film about welcoming new friends? Embracing our physical differences? An expose of the plastic pollution crisis? The only thing we know for sure is that it’s going to be deeply, profoundly upsetting. And not just “Tom Hanks upsetting” either, with Tim Allen confirming that the last few scenes were “hard for him to get through”.

Toy Story 4 is confirmed for simultaneous release in the UK and US on June 21, 2019.

Back when Lasseter was directing, the film was supposed to come out on June 16, 2017, but the crew change obviously caused a bit of a hefty delay.

Get the Toy Story Ultimate Toy Box Collection Combo for £120.56

James Bond: Tom Hardy makes comeback in race for new 007 as favourites battle it out

The Whalebone Box review – so strange it must be true

Tiger King to Get New Episode at Netflix Per Jeff Lowe

CS Review: Amazon’s Tales from the Loop Is Full of Wonder & Heartache

7 Characters That Need to Return in Jurassic World 3 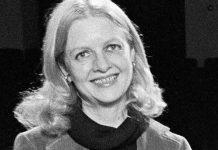