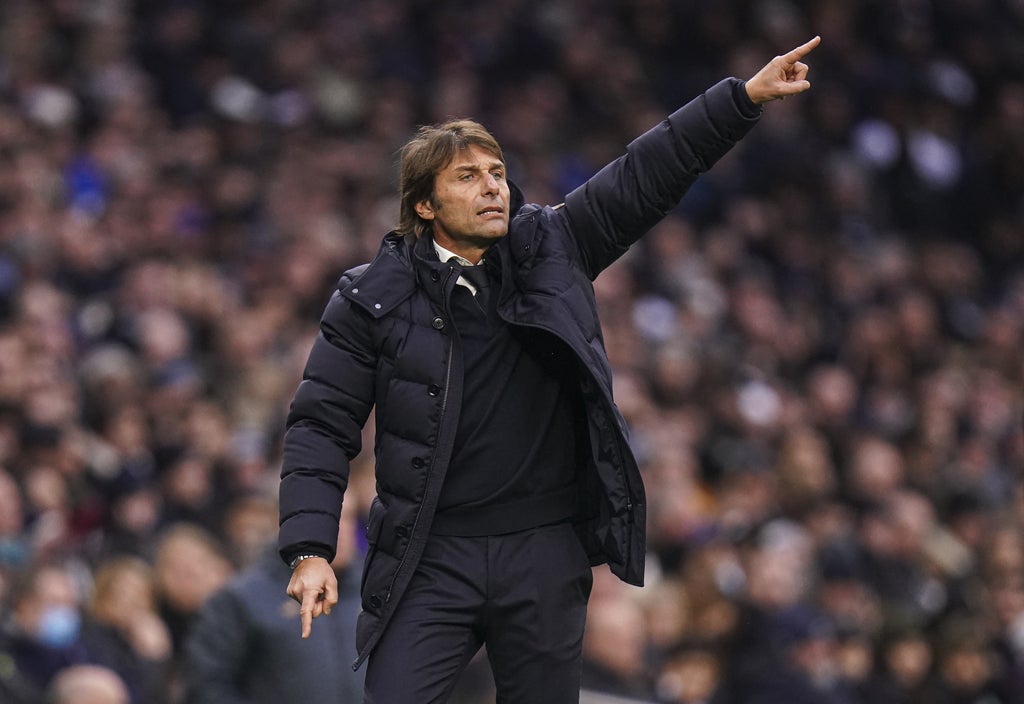 Antonio Conte has held talks with Tottenham Hotspur over their transfer strategy for the month – but now must turn his focus to Spurs’ attempts to overcome a two-goal deficit against Chelsea in the Carabao Cup semi-final second leg.

“I spoke with the club and I had my thoughts about the situation and this is the most important thing,” he said. “Then the club has to decide the best way to go. I don’t have expectations.

“I am a coach and I know that we have to solve many problems. For me, the most important thing was speak to the club. I did this and now the club has to decide what we have to do.”

Kai Havertz and a Ben Davies own goal did the damage in the first encounter a week ago and Spurs will have to pull out a much-improved performance if they are to turn the tie around and progress to the final at Wembley, to meet either of Arsenal or Liverpool.

The game kicks off at 7:45pm GMT on Wednesday 12 January at Tottenham Hotspur Stadium.

The match will be shown live on Sky Sports Main Event, Sky Sports Football and Ultra HD. Subscribers can stream the fixture via the Sky Go app.

If you’re not a Sky customer you can grab a NOWTV Day Pass here to watch without a subscription. We may earn commission from some of the links in this article, but we never allow this to influence our content. This revenue helps to fund journalism across The Independent.

Spurs will be without centre-backs Eric Dier and the long-term absentee Cristian Romero. Son Heung-min is also facing a spell on the sidelines, while Steven Bergwijn is a doubt and has been widely linked with a move to Ajax this winter.

Chelsea are without goalkeeper Edouard Mendy (Afcon duty), defenders Reece James, Trevoh Chalobah and Ben Chilwell (all injured) and potentially N’Golo Kante and Thiago Silva (both recovering from Covid). Thomas Tuchel has to decide between playing a back three or four in the game after a switch for the first leg.

Spurs might do enough to produce a reaction and get a result on the night, but it’s unlikely they’ll overthrow the champions of Europe entirely. Spurs 1-1 Chelsea (agg 1-3).