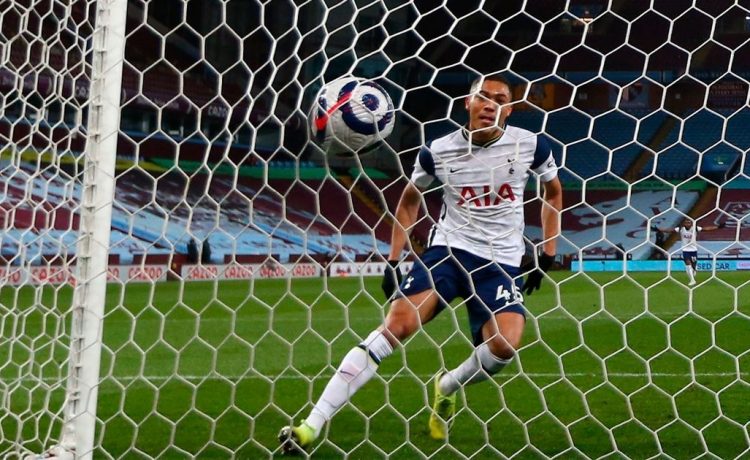 Carlos Vinicius almost quit football at the age of 22 as he struggled to ignite his career in Brazil.

He went into a game for Gremio Anapolis thinking it would be his last, but scored two goals to kickstart a run of form which led Portuguese side Real Sporting Club to sign him and, after impressing there, Napoli made their move.

The Italian giants immediately loaned him to Portuguese side Rio Ave and he hit the ground running there.

But tragedy struck when his mother died of a heart attack and, for the second time in around a year, he came close to calling it a day.

It took some serious conversations with his loved ones to convince him to play on and, after coming through those dark days, he has gone from strength to strength, getting snapped up by Benfica and scoring the goals that led him on loan to Tottenham.

Since arriving in October, Vinicius has made just 21 appearances, largely in the cups, and most of his Premier League performances have been from the bench.

But playing second fiddle to Harry Kane is trivial given the tough times he has endured and he can’t hide the excitement he derives from being in north London.

Vinicius, who has scored 10 goals for Spurs, said: “When you get the chance to join Tottenham it’s not something you say, ‘No’, to.

“As soon as they came in for me, I had to join this team, to be a part of this dressing-room, to share it with such wonderful players.

“I am learning every single day.

“In terms of the mentality, at Tottenham, you have to be a winner, on and off the pitch.

“You have to be prepared for every single challenge.

“I enjoy every minute I am on the pitch — whether that’s one minute, five minutes or 90 minutes.”

The 26-year-old’s Benfica contract contains an £85million buyout clause — staggering, given he almost walked away three and four years ago.

He added: “It was an incredibly tough situation in my life and family’s life. In reality, I had made the decision to give up.

“Things weren’t going well for me in football and at home, and I’d taken the decision to give up the game.

“But, thankfully, just at that moment, the offer came in from Real Sporting Club in the Portuguese Second Division.

“It arrived at just the right moment because I was pretty much at end of my tether and I’d pretty much given up football.

“I’d spoken to my family about it but that offer reignited my career and gave me the chance to carry on.

“That’s why I am where I am today.

“My mother’s passing was the hardest moment. That hit me harder than anything.

“I wanted to stop because I was just left with no strength.

“But I saw my family, my wife and two sons, and they were the ones who gave me the strength to carry on and complete the ambition I had when I left home originally.

“I left my family home to go and be a footballer, to get to the very top.