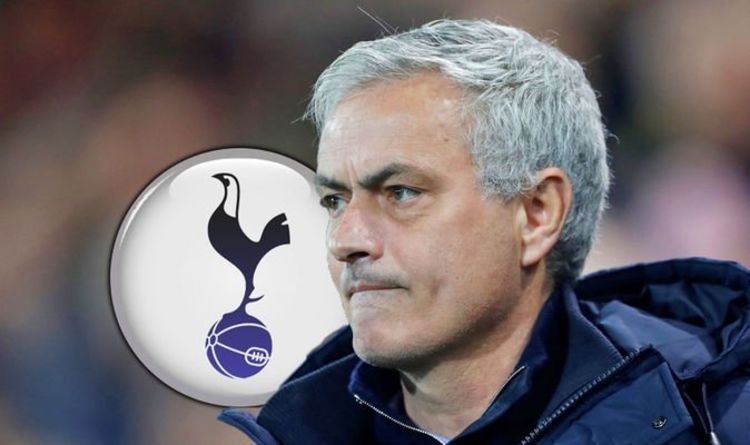 Tottenham boss Jose Mourinho is reportedly targeting three transfers in January. The new transfer window opens on Wednesday with Mourinho looking to strengthen his squad having taken over in north London last month.

Mourinho replaced Mauricio Pochettino but the Portuguese boss has suffered an indifferent start to life at Spurs.

Tottenham are still battling for a top four spot in the Premier League but Mourinho will know that any incomings will help his cause.

And Sky Sports reporter Paul Gilmour has explained the three deals that Mourinho wants to get over the line next month.

Gilmour said: “Tottenham are looking for a left centre-back for January but only if one of their current players leaves first, with their current left-footed centre-half Jan Vertonghen entering the last six months of his contract.

“Spurs are willing to spend a sizeable fee on one too – and Sky Sports News understands there is interest in Bournemouth’s Nathan Ake and West Ham’s Issa Diop.

“The club are also looking for a new right-back, having explored their options in this position during the summer. Napoli’s Elseid Heysaj and Marseille’s Hiroki Sakai were two players of interest to them then.

“Again, a decent budget of more than £20m will be available for this position.

“They are also understood to be on the hunt for a new versatile attacking player like Heung-Min Son, and they have been tracking the highly-rated Gremio forward Everton Soares. Jack Clarke has also returned from his loan at Leeds and will be assessed.

“In terms of outgoings, Christian Eriksen’s future remains very uncertain along with Vertonghen, while Victor Wanyama could leave after coming close to do doing so in August.”

While Mourinho will be focusing on incomings, he will also be paying attention to those leaving Tottenham.

One potential exit could be Christian Eriksen, though Mourinho has been tight-lipped on the Dane’s future.

“I don’t want to speak about it,” said Mourinho.

“Because I speak with him, we are so open with each other because we trust each other in the sense that we keep to ourselves.

“The only thing I can say is that he is trying to help the team like he did today.”