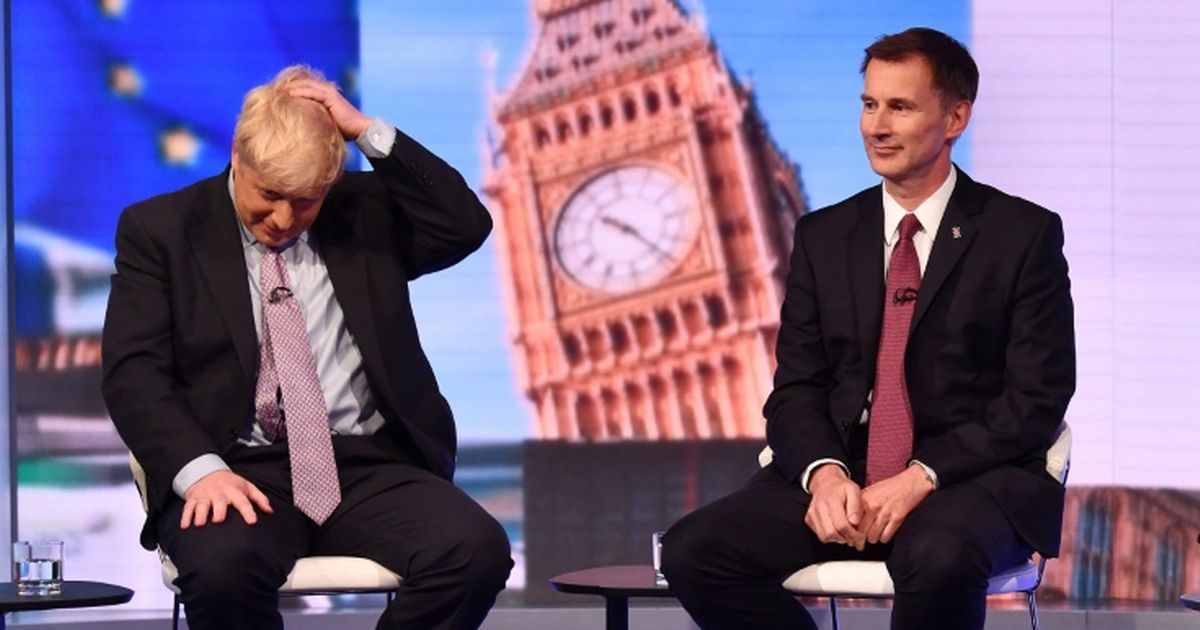 The results of the final round of the parliamentary stage of Conservative party’s leadership contest saw MPs pick Boris Johnson and Jeremy Hunt to go head to head for members support.

Mr Johnson dominated the contest in all five rounds of voting – winning 160 votes in the final round.

Jeremy Hunt came a distant second with 77 and will now battle Mr Johnson to win the support of the 160,000 Tory members.

Michael Gove crashed out of the contest with 75 votes.

Rumours were swirling round Westminster that Mr Johnson’s campaign was “lending” votes to Jeremy Hunt to get him through instead.

It came after Home Secretary Sajid Javid was knocked out of the contest and Mr Gove soared into second place, overtaking Mr Hunt.

Mr Johnson has never forgiven Mr Gove for knifing him in the 2016 contest and his supporters have been plotting revenge.

Earlier today Home Secretary Sajid Javid knocked out by MPs after he secured just 34 votes – putting him in last place in the forth ballot.

All 313 MPs voted and one ballots was rejected.

Either Boris Johnson and Jeremy Hunt will now be selected as our next PM by a vote of Conservative Party members across the UK after a month long campaign and nationwide hustings.

Fifth and final round results in full (June 20 – PM)

Third round Results in full (June 19)

Second round results in full (June 18)

First round results in full (June 13)