Conservative Party chairman Oliver Dowden admitted ministers ‘would do some things differently with hindsight’ as a damning report by MPs found the 40,000 death toll in the first wave could have been halved by an earlier lockdown 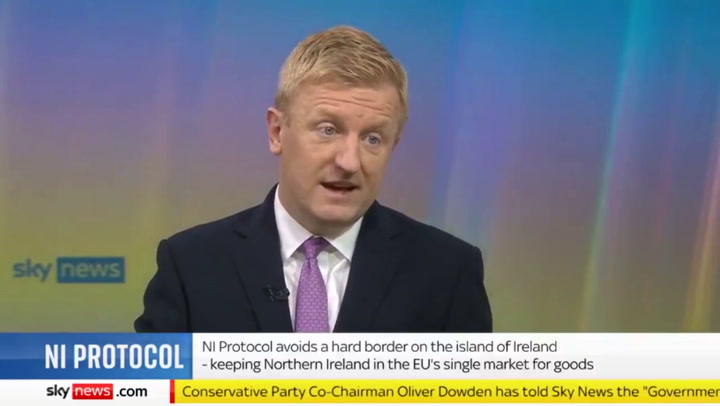 A top Tory has finally apologised for Covid errors that may have cost thousands of lives in the first wave of the pandemic.

Conservative Party chairman Oliver Dowden said the Government was sorry for failures in the handling of the virus and admitted ministers “would do some things differently with hindsight”.

A devastating report by MPs said the 40,000 deaths in the first wave could have been halved if Boris Johnson had locked down earlier last March.

Bereaved families reacted with fury to the report by the Health and Social Care Committee and the Science and Technology Committee, which listed a string of errors ranging from late lockdowns to Test and Trace failings.

And Cabinet Office Minister Steve Barclay stoked anger further by repeatedly refusing to apologise in a series of interviews.

The Prime Minister has not commented on the findings – as he’s currently sunning himself in Spain with his family.

Pictures emerged of Mr Johnson painting at an easel as he relaxed at a luxury hideaway outside Marbella owned by Tory peer Zac Goldsmith.

Mr Dowden finally offered an apology for the errors in the Government’s response after being pressed by Sky News.

He said: “The PM apologised earlier this year for all the hurt and distress that all those families have suffered and I share that and I offer that as well. It’s been a terrible time for every family affected by this terrible virus.

“I welcome this report. It’s a very good report by Greg Clark and Jeremy Hunt. The government will, as we do with all these reports, be fully analysing it and giving a full response to the recommendations.”

Pressed again to apologise, he said: “Yes of course I’m sorry, as the PM is sorry. I was just listening to the kind of experiences yesterday of those bereaved families and that kind of terrible loss they suffered and so many people have suffered, not just in this country but around the world from the Covid crisis.”

He added: “We’re sorry for the losses that all those families have suffered.”

But he said the pandemic “unprecedented crisis, it’s a once in a hundred years event”, adding: “We would do some things differently with hindsight”.

Mr Dowden also defended the PM’s decision to take a Spanish holiday while Brits face a cost of living crisis.

He told Good Morning Britain: “I’ve worked closely with three prime ministers and I can assure you that there’s no such thing as a holiday for a prime minister.

“I know the Prime Minister will be and is working out there and is engaged with issues going on in the UK.

“But also, I hope your viewers will appreciate that the Prime Minister has been through a challenging time in a lot of different ways – he had Covid-19, he’s got a new child on the way, and very sadly he lost his mother just a few weeks ago.

“So this is a just a short break and he will be returning to the UK and I am expecting to see him later this week.”