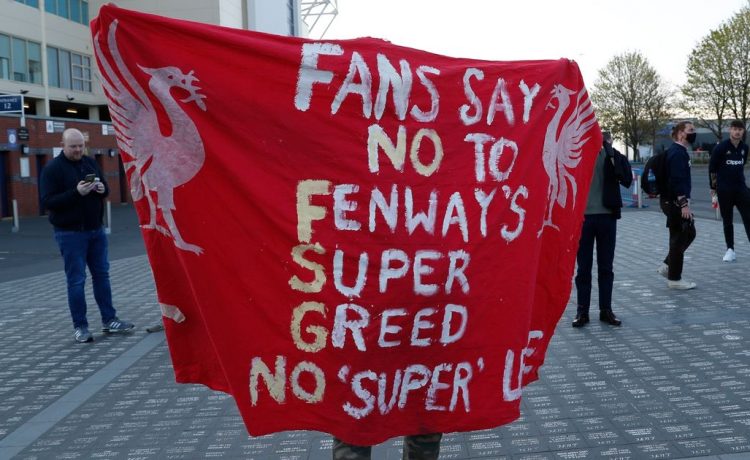 A top Tory donor who has pumped hundreds of thousands of pounds into the party war chest is a vice-chairman at the New York banking giant financing the £4.3billion breakaway European Super League.

Multi-millionaire Old Etonian David Mayhew holds a key role at JPMorgan Chase, having spent decades as one of Britain’s most lauded bankers.

The 80-year-old has injected £604,400 into Conservative coffers in 18 separate donations up to last May, according to Electoral Commission records.

He was given a CBE under David Cameron in the 2011 Queen’s Birthday Honours.

Mr Mayhew is a former chairman of JPMorgan Cazenove.

He stood down from the role in 2011 after more than four decades with the bank.

The New York Times called him “one of Britain’s most respected bankers”.

It is understood he played no role in the Super League deal and the bank declined to comment.

All the latest big football stories, transfer exclusives, hard-hitting analysis and unmissable features will be sent directly to your inbox every day.

His entry on MPs’ Register of Interests says he “consulted ACoBA (the Advisory Committee on Business Appointments) about this appointment”.

Mr Javid, who was a banker before entering Parliament in 2010, sits on its advisory council for Europe, the Middle East and Africa.

JPMorgan Chase today said it was financing the Super League venture but declined to say how much it was stumping up to create the new league.

A spokesman said: “I can confirm that we are financing the deal but have no further comment at the moment.”

Former Prime Minister Tony Blair is reportedly paid £2million a year as an adviser to JPMorgan.

One-time Labour leadership hopeful Chuka Umunna, a former Shadow Business Secretary, was recruited by JPMorgan in February(2021) when it emerged he would become managing director of its environmental, social and governance efforts in Europe, the Middle East and Africa.

In September(2020), JPMorgan Chase agreed to pay more than $920m (£658m) and admitted to wrongdoing to settle federal US market manipulation investigations into its trading of metals futures and Treasury securities.

And in January 2014, the bank agreed to pay $1.7bn(£1bn) to victims of the Bernard Madoff fraud following a settlement with US prosecutors.

Other Conservative links to the Super League deal include PR firm iNHouse handling communications for the rebel competition.

The company’s chairwoman Katie Perrior was a press aide to Boris Johnson when he was London Mayor, and was No10 director of communications under Theresa May.

The breakaway league has support from investment bank JPMorgan Chase, which will provide debt financing for the competition.

It is understood it will underwrite around $6billion (£4.3bn) in loans for teams involved.

Analysts said the plan which emerged on Sunday night is likely to be the biggest sports financing deal of 2021 – with big fees.

JPMorgan will charge an interest rate of 2% to 3% on the debt, according to the Financial Times.

The Wall Street giant was also involved in talks in October over a replacement for the Champions League.