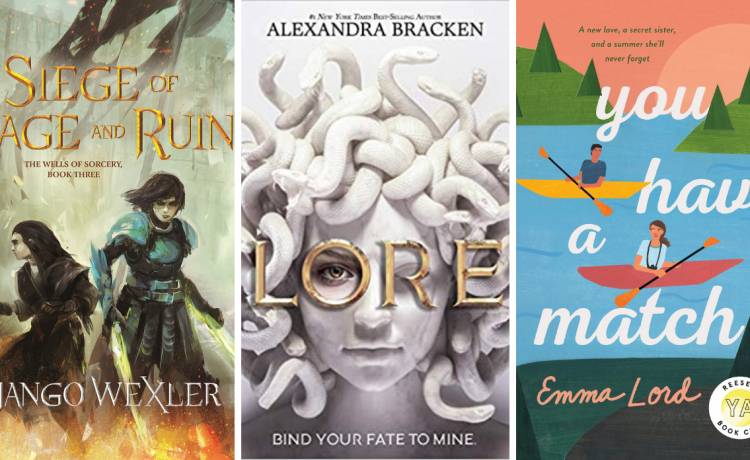 Long ago, Lore Perseous fled that brutal world in the wake of her family’s sadistic murder by a rival line, turning her back on the hunt’s promises of eternal glory. For years she’s pushed away any thought of revenge against the man–now a god–responsible for their deaths.

Yet as the next hunt dawns over New York City, two participants seek out her help: Castor, a childhood friend of Lore believed long dead, and a gravely wounded Athena, among the last of the original gods.

The goddess offers an alliance against their mutual enemy and, at last, a way for Lore to leave the Agon behind forever. But Lore’s decision to bind her fate to Athena’s and rejoin the hunt will come at a deadly cost–and still may not be enough to stop the rise of a new god with the power to bring humanity to its knees.

Siege of Rage and Ruin by Django Wexler

Den of Geek says: This month’s high fantasy installment is the finale in a popular series, and one that makes us want to see how the characters arrived and where they go from here. Ghost ships! Mind control!

READ  Adam Sandler explains threat to “make a crappy movie” if he doesn’t win an Oscar for ‘Uncut Gems’
Share on FacebookShare on TwitterShare on PinterestShare on Reddit
newsgrooveJanuary 15, 2021