Activision are planning to revive the Tony Hawk’s Pro Skater franchise with a brand new sequel, if one of its stars is to be believed.

It’s been four years since the last Tony Hawk’s Pro Skater, a terrible game rushed out in mere months to take advantage of the licence before Activision lost it forever… or seemingly forever.

Rumours have been swirling lately that they’re interested in reiving the franchise, with serial leaker Sabi revealing that early prototype remakes of Tony Hawk’s Pro Skater 1 and 2 were being shared around Activision’s various offices.

But as straightforward as that sounds, especially given Activision’s huge success with remakes of Crash Bandicoot and Spyro The Dragon, apparently the remakes may only be test demos and a full sequel is what’s actually being planned.

Explanation of what I shared in my server:
An Activision contact told me a week or so ago about how Tony Hawk Pro Skater 1 and 2 had demos/prototypes remade. They went around internally. I didn’t share before as I wasnt sure if they were being remade as full games, or just a test

As it turns out, the answer may have been revealed last month and nobody noticed, as GamesRadar+ discovered an interview with skateboarder Lizzie Armanto on The Nine Club podcast where she straight up says she’s in a new game.

‘He’s coming out with another one’, she says in reference Tony Hawk himself. ‘And I’ll be in that too.’

Apparently later versions of the podcast have been edited to remove the comment, which is always a good sign it’s true, and no wonder since Armanto confirms not only the existence of the sequel but the fact that Tony Hawk is in it – which was not guaranteed, given his age and allegedly strained relations with Activision after the last game.

At this time of year, any rumours of an imminent new game make it very likely it’ll be unveiled at The Game Awards on 13 December, although we’ll just have to wait and see on that.

The news comes just weeks after confusion over EA’s plans for their own skateboarding franchise, with initial reports that they’d given up the Skate name later being refuted.

Which combined with EA’s promise to create remasters based on ‘fan favourites’ could mean both the big name skateboarding franchises coming back at around the same time.

READ  Best streaming accessories for gaming on Twitch 2020
Share on FacebookShare on TwitterShare on PinterestShare on Reddit
newsgrooveNovember 26, 2019 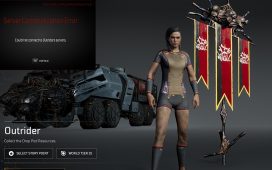