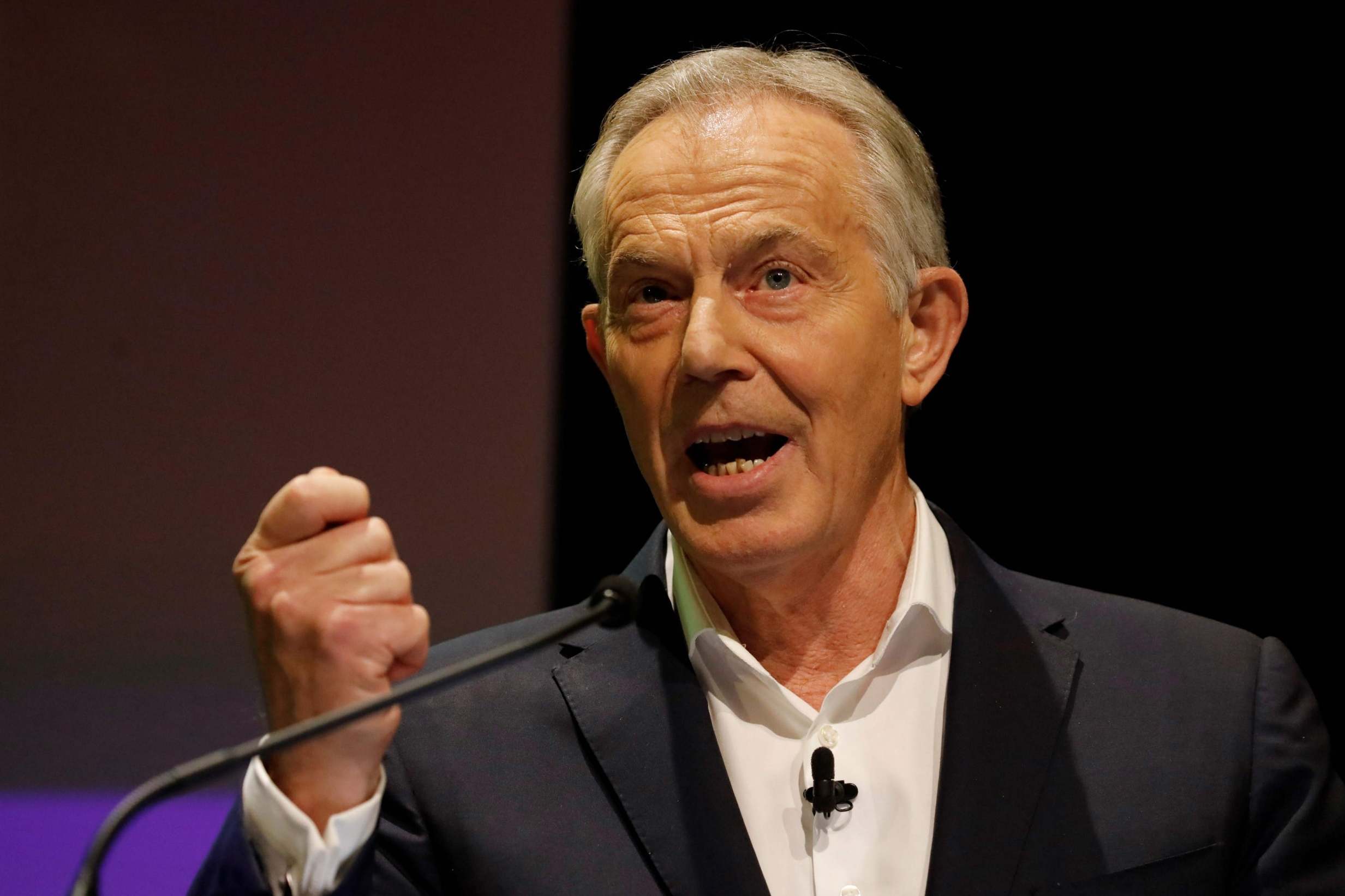 Former prime minister Tony Blair was seeking funding from the EU while lobbying for a second referendum, it has been reported.

The ex-Labour leader pushed this year for a second referendum and has been clear he favours Britain remaining part of the European Union.

The Sunday Telegraph has now reported that as he worked against Brexit, Mr Blair was seeking to secure funding for the Tony Blair Institute from Europe.

Emails seen by the paper reportedly show that the institute was being prepped for a move outside of the UK and into the EU should the country leave without a deal.

A TBI spokesman told the Sunday Telegraph that the institute was “perfectly entitled to seek EU funding for work relevant to EU funding streams”.

He added that all meetings had been properly declared in the Commission’s transparency register.

On its website, the TBI says that it “aims to help make globalisation work for the many, not the few. We do this by helping countries, their people and their governments address some of the most difficult challenges in the world today.”

According to memos seen by the newspaper, Mr Blair’s institute is funded by a mixture of countries paying directly for the work, “financial contributions” from charities and money from the US government.

The leaked documents show that Ana Gallo-Alvarez – who had previously worked for the TBI – chaired a meeting of Mr Blair’s staff and her then-boss Neven Mimica – an EU Commissioner – in 2018.

After a succession of meetings with the TBI working out the fine print of the deal, an EU official wrote a memo about one conference that the Sunday Telegraph quotes as sayings: “The meeting was an introduction for the TBI on EU’s development cooperation.

“They expressed interest to work closer with the EU and to explore opportunities to receive financial support.”

In January 2019, Ms Gallo-Alvarez sent a message to an aide of Mr Blair’s asking about the ramifications of a no-deal Brexit on the institute.

According to the Sunday Telegraph, the message said: “I don’t want to disturb TB with this but I mentioned to him I would be contacting you.

“In view of future cooperation with the TBI, I have a quick legal question: is TBI a UK entity or given your international presence an International Non-Governmental organisation.

“The later [sic] would be ideal, particularly in the case of no-deal Brexit and also on the agility with which we can enter into contracts with you.

“If you were to be UK entity only – in case of no-deal Brexit – there might be restrictions for some programmes.”

A worker at the TBI reportedly responded: “We are looking into our options should there be a no-deal Brexit. This includes registering in an EU partner country.”

A spokesman for the TBI told the newspaper: “TBI is perfectly entitled to seek EU funding for work relevant to EU funding streams.

“As a matter of fact we have not yet submitted a formal application, so no funding has been received.

“The idea there is a connection with Mr Blair’s opposition to Brexit is absurd.”

READ  EU turns up pressure on Matt Hancock over Covid-19 PPE scheme
Share on FacebookShare on TwitterShare on PinterestShare on Reddit
newsgrooveDecember 29, 2019