Amid speculation they are in a relationship, Holland shared a tribute on Instagram.

He posted a picture of himself in his Spider-Man costume, minus the mask, while Zendaya leaned over his shoulder and took a snap in the mirror.

Holland will reprise the role of the wise-cracking web-slinger in Spider-Man: No Way Home, which is set to arrive in cinemas in December.

Spider-Man: No Way Home will be released on December 17. 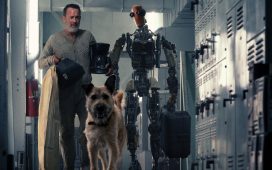