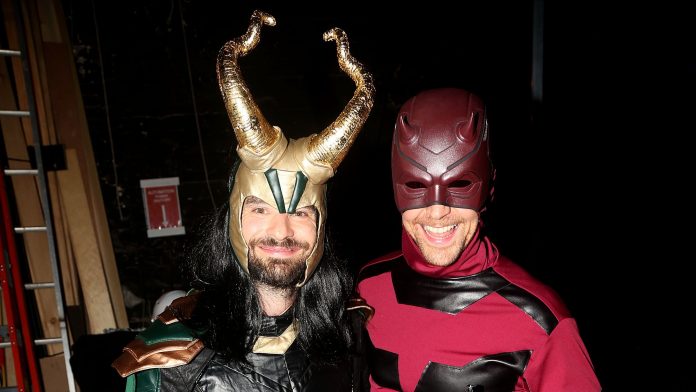 Charlie Cox and Tom Hiddleston have pulled off a delightful Halloween surprise, swapping comic book characters for a memorable pair of costumes.

Cox donned a Loki costume as a tribute to Hiddleston’s recurring role in the Marvel Cinematic Universe, while Hiddleston wore the outfit of Cox’s TV take on Marvel hero Daredevil.

The actors are currently appearing together in Betrayal on Broadway, along with Zawe Ashton and Eddie Arnold, who joined in the superhero-themed festivities as Captain Marvel and Captain America.

Betrayal is a new staging of one of Harold Pinter’s best known plays, featuring Ashton and Cox as lovers continuing an affair behind the back of her oblivious husband, played by Hiddleston.

The cast partied backstage in their costumes and then Hiddleston and Cox stepped outside to surprise fans waiting at the stage door after the show.

Comic book fans very quickly got excited about the duo’s Halloween antics on Twitter, with the caps lock keys seemingly breaking on a number of keyboards.

Many fans on social media declared that the actors had “won Halloween” with their fun costume swap.

my day: blessed
my sadness: gone
my heart: full
my soul: saved pic.twitter.com/1K83TBn8wL

Hiddleston first played Loki in 2011’s Thor and has appeared as one of the most intriguing villains-turned-heroes-turned-villains in the MCU ever since.

He was brutally killed by Thanos at the start of Avengers: Infinity War, but a time travel reprieve in this year’s Avengers: Endgame has paved the way for the character to get his own series on the Disney+ streaming service.

Read more: Disney Life to continue in the UK during Disney+ wait

Cox, meanwhile, made his debut as Daredevil in Drew Goddard’s Netflix series in 2015 and portrayed the character until the show was cancelled in 2018.

It has been widely rumoured that the character could return as part of a Disney+ series with a more definite connection to the MCU. 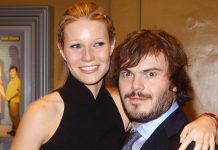 Steve Coogan reflects on Jeremy Corbyn’s election defeat: “It was a personality thing”

Gwyneth Paltrow calls Shallow Hal her least favourite role: ‘It was a disaster’

Spoilers! Did Netflix's new YA movie 'All the Bright Places' need to end like that?