Tom Cruise turned up at the ongoing CineEurope exhibition conference in Barcelona to conclude Paramount Pictures’ presentation, taking the attendees by surprise for the second time in eight months. Cruise was met with a standing ovation and deafening applause as he thanked the exhibitors for their support.

Top Gun: Maverick has breathed new life into theaters, which have been struggling for the past two years. A legacy sequel to Tony Scott’s 1986 classic Top Gun and 36 years in the making, Top Gun: Maverick was released this Memorial Day weekend to critical acclaim and has grossed over $900 million worldwide. And almost a month after its premiere, the film is still not showing any signs of slowing down as it flies towards the $1 billion mark.

Top Gun: Maverick is already Tom Cruise’s highest-grossing film ever and is now on track to put him in the billion-dollar club as well, and the Hollywood veteran couldn’t be more elated. Here’s what Cruise said (via Deadline):

“I came here just to say thank you for everything… I know what it takes to do what you do… Thank you for allowing me to have the career I’ve had. I’m going to keep delivering these films for you… You know I’m here for you and I know you’re here for me. Thank you for your help on Top Gun… not just my movies, all movies. I want everyone to win… I see a bright future for all of us.”

The attendees were also treated to a Tom Cruise career retrospective reel before he took the stage. Cruise further talked about the importance of theaters and promised to be back with more spectacular films. “To have theaters open means the world to me. Have a great summer, I think we’re going to have some great times ahead,” Cruise said as he teased the final two Mission: Impossible films.

Written and directed by Christopher McQuarrie, Mission: Impossible — Dead Reckoning Part One will premiere on July 14, 2023, with Part Two arriving the following year, on June 28, 2024.

Top Gun: Maverick Has Been a Surprise Hit for Tom Cruise and Paramount Pictures

No one could have predicted that Top Gun: Maverick, a belated legacy sequel marred by delays and reshoots, would become Tom Cruise’s biggest film ever. The film has raked in over $900 million at the box office, beating Cruise’s 2018 hit Mission: Impossible – Fallout’s $797 million cume. Top Gun: Maverick is also Paramount’s second highest-grossing film stateside, and per the studio, 16% of viewers have seen it more than once, which explains why the film continues to register $40 million+ weekends nearly a month after its release.

Top Gun: Maverick’s biggest competitions, Jurassic World Dominion and Lightyear, pushed the Tom Cruise blockbuster to third place this weekend, but both the films have turned out to be major disappointments. Baz Luhrmann’s Elvis comes out on June 24, but surprisingly the musical biopic isn’t expected to light the box office on fire, thus paving the way for Top Gun: Maverick to comfortably cross $1 billion by the time Minions and Thor: Love and Thunder hit the screens in July. This is great news for the film industry and indicates that there is some hope left for non-superhero action movies.

As for those who still haven’t seen Top Gun: Maverick, theaters will be the only option for a while, as the film’s success has prompted Paramount to break its 45-day theatrical window rule.

How 'Lightyear' gives Buzz's 'To Infinity and beyond!' quote from 'Toy Story' new emotional heft

John Williams to retire from scoring films after ‘Indiana Jones 5’ 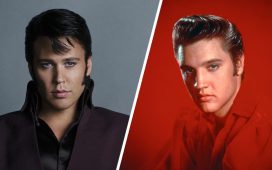