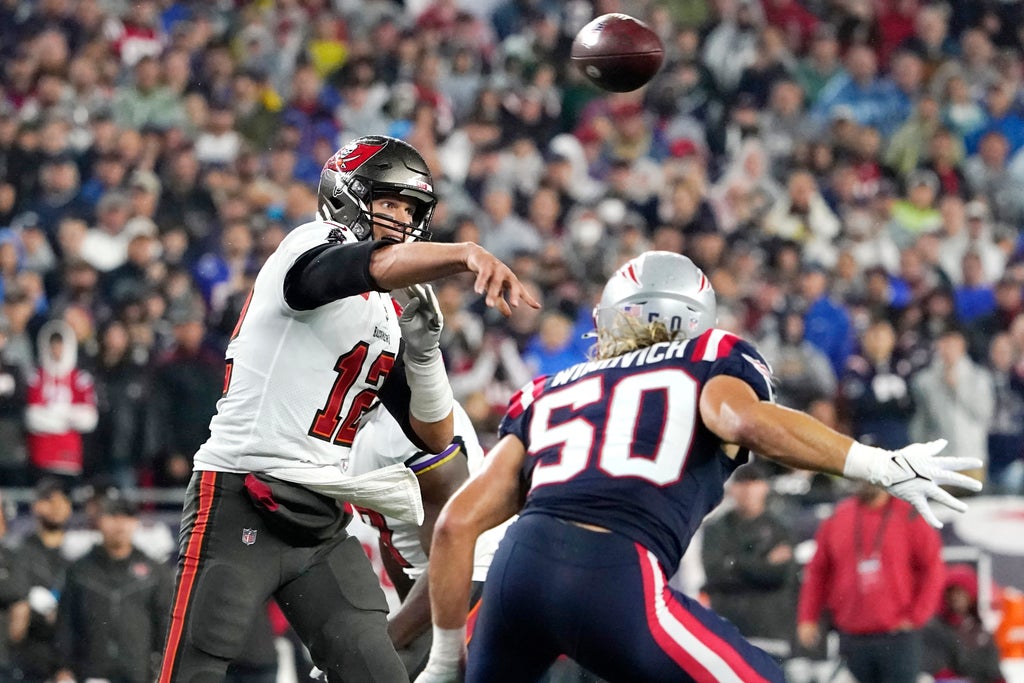 Tom Brady rallied the Tampa Bay Buccaneers to a 19-17 victory over the Patriots on a rainy Sunday night in his return to New England with Ryan Succop hitting the winning 48-yard field goal late in the fourth quarter.

Brady was 22 of 43 for 269 yards with no touchdowns, but engineered the fourth-quarter drive to beat his former team. Ronald Jones added an 8-yard scoring run for defending Super Bowl champion Tampa Bay (3-1).

New England had a chance to win, but Nick Folk’s 56-yard field-goal try hit the left upright with with less than a minute to play. The Patriots are 1-3 for the first time since 2001.