Leaving the show grasping a T-shirt of your favourite band is an essential feature of the live music experience.

Now fans should be paying less for their merchandise after a successful campaign spearheaded by an unlikely consumer champion – Tim Burgess, lead singer of The Charlatans.

The frontman of the festival-headlining band, which surfed the 90s Madchester and Britpop waves, took up cudgels on behalf of gig-goers and fellow musicians over a practice he says is selling everyone short.

Many of the UK’s most popular venues take a cut of up to 25 per cent of the gross revenues of an artist’s merchandise sales at shows.

Merchandise is a big business for stadium acts – the Rolling Stones generate about £1m at each show from selling goods branded with their famous logo.

For jobbing bands, who earn a pittance from streaming, the dominant form of music consumption, selling T-shirts can be the difference between making a profit or loss on the road, once travel and subsistence costs are factored in.

Some venues take no cut, allowing the artists, who often rush over to man stalls themselves after laying down their instruments, to claim all the income.

Burgess is asking large operators who do take a cut – such as the O2 Academy Group, which operates a nationwide network of venues including Brixton Academy – to change their policy.

“Bands usually take their own merch person on tour with them, but at some venues, not all, an outsourced concessions company (working for the venue) is brought in. They take over and we have to give them 25 per cent,” the singer told i.

“A vinyl album doesn’t even normally have a 25 per cent mark-up, so the prices get ramped up and it’s the fans who lose out – while bands lose a valuable source of income.”

Burgess added: “Any income that new artists can secure is valuable – rehearsal rooms, studio time and touring all cost a fortune. Merch was always a way to offset those costs and so little comes in from streaming if you’re an established act, never mind those that are just starting out.

“T-shirt money is a lifeline for so many bands and venues have other ways to earn money without taking it from the people who bring the audiences in.”

Burgess’ campaign – backed by musicians including Peter Hook, former bassist with New Order – is already having an impact.

When The Charlatans played Nottingham’s Rock City this month, the venue waived its traditional cut of merch sales. The Ritz in Manchester has also told bands it will drop its commission.

“This isn’t about money for The Charlatans but about fairness for artists and their fans. Common sense and fairness is starting to prevail,” said Burgess, who is backing a new online directory showing which venues don’t take a percentage.

Burgess, 54, who has admitted extensive cocaine use in the 90s, is embracing his surprise role as a responsible consumer campaigner.

He welcomed the arrival of a new, more genteel festival circuit, which allows middle-aged fans to rock out with their children.

Burgess is curating a stage of new bands, called Tim Peaks, at the new Signals festival, staged next month at Crich Tramway Village in Derbyshire.

Fans will be able to visit the National Tramway Museum and ride on specially-preserved trams at the period recreation of a Victorian village.

The Charlatans will also play with fellow Manchester survivors James at Heritage Live, a show for nostalgic indie rock fans in the leafy surroundings of Kenwood House on Hampstead Heath

It’s still conducive to rock ‘n’ roll, the Salford-born singer says. “Rebellion is more of a state of mind. We don’t have to be smashing things up and kids really bring the energy to shows – it’s great to see a new generation that know all the words to our songs.

“I love the fact that lots of youngsters have raised their vinyl collection – and they even arrive with tour T-shirts from before they were born… guessing they might not fit the original owners any more.”

Burgess, whose Twitter Listening Parties during lockdown introduced the concept of listening to a whole album in sequence to a new generation, has noted another new festival trend – sending the artist’s possessions on tour when their owner is no longer on this mortal coil.

Drake died in 1974 and his own vinyl copy of the album will be played on the family’s 1965 Pye Archiphon Stereo Gramophone Player.

“I thought it’d make for an interesting Listening Party – there have been exhibitions of Bowie’s clothes and lots of Elvis memorabilia,” Burgess says. “As long as they are done in good taste I think there is a place for appreciating exhibits that have important stories in the history of popular music.”

Heritage Live is at Kenwood House, Hampstead on Friday June 10
Signals is on Saturday 11 June at Crich Tramway Village, Derbyshire
Sea Change in on until Sunday 29 May in Totnes, Devon 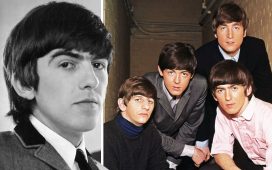 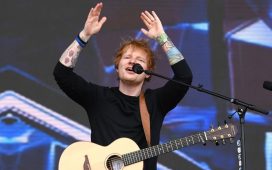 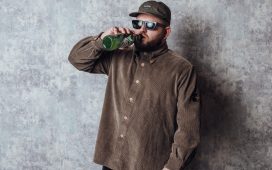 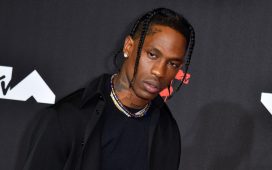