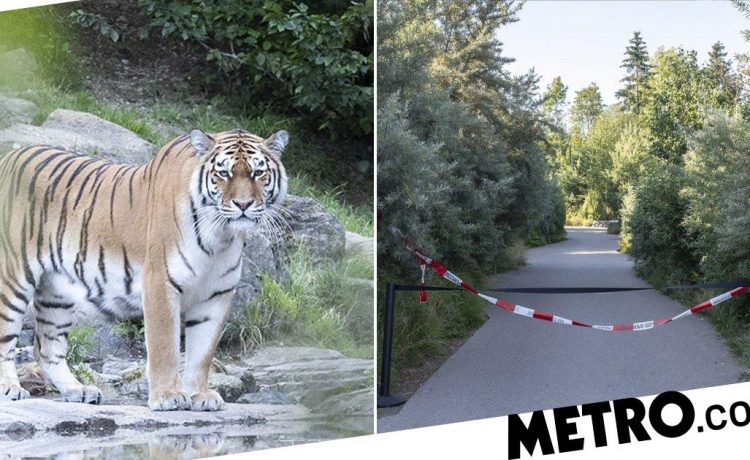 A tiger has mauled a zoo keeper to death in front of shocked visitors.

Keepers rushed to the 55-year-old woman’s aid at the Zurich Zoo after people watched in horror as the tiger attacked her inside the big cat enclosure.

They managed to lure the Siberian tiger, named Irina, away from the female keeper but it was too late to save her, and she died from her injuries.

‘Sadly all the help came too late. The woman died at the scene,’ Zurich police spokeswoman Judith Hoedl said.

Hoedl said an investigation has been launched into why the keeper was in the enclosure at the same time as the tiger.

Irina was born in 2015 at a zoo in the Danish city of Odense and transferred to Zurich a year ago, according to Zurich’s zoo director Severin Dressen.

The tiger behaved normally, he said.

‘Our full sympathy is with the relatives of the victim,’ Dressen said, adding that the keeper had been a long-term member of the zoo staff.

Visitors and colleagues who witnessed the attack are now receiving psychological counselling, he said.

The zoo, which only recently reopened following the coronavirus lockdown, will remain closed today.

READ  Baleen whales have changed their distribution in the Western North Atlantic
Share on FacebookShare on TwitterShare on PinterestShare on Reddit
newsgrooveJuly 5, 2020