Uptake of the UK’s voluntary living wage has surged over the past year, as employers seek to secure staff loyalty against a backdrop of worsening labour shortages.

Nine thousand employers, including more than half the FTSE 100, are now committed to paying all employees and contractors in their supply chain at a hourly rate that is significantly higher than the statutory minimum and calculated to reflect rising living costs, according to the Living Wage Foundation, a charity that offers accreditation.

A third of these employers had signed up since the start of the pandemic, the foundation said, the fastest rate of increase in the 10 years it had been operating. It cited research by Cardiff Business School that found one in 13 employees now worked for a living-wage employer, with 300,000 benefiting directly.

The increase follows widespread calls for greater recognition of the contribution made by low-wage workers who kept services running during pandemic lockdowns. It also comes as many companies struggle to hire, especially for low-wage roles, with demand surging and workers in short supply.

“We can’t hire fast enough,” said Timo Boldt, chief executive of Gousto, the recipe kit company, which committed to paying the higher voluntary rate in April — although it already did so in practice.

The company aims to double staff headcount at its London head office, Lincolnshire factories and distribution centre in Warrington, from 1,000 to 2,000, in the next year. Boldt said it had felt the effects of Brexit, with fewer Europeans coming into either operational roles or its tech team.

Gousto had always lobbied its suppliers to pay the living wage, he said, and some who had been reluctant were now reconsidering, because: “You’re seeing salary inflation everywhere.”

The new rate of the real Living Wage has been set at £9.90 for jobs outside London, and £11.05 in the capital — significantly higher than the statutory National Living Wage rate, which will rise from £8.91 to £9.50 next April. The Living Wage Foundation said its national rate was rising by more than the London rate this year, because Londoners had been less affected by rising rents and petrol prices.

The gap between the voluntary and statutory rates has narrowed in recent years, as the government pursues a target of raising the wage floor to two-thirds of median income, but the Living Wage Foundation said that even after next year’s increase in the government wage floor, a full-time worker earning the real living wage would still earn £780 more each year, or £3,022 more in London.

Almost 5m employees are still paid below the voluntary living wage and Katherine Chapman, director of the Living Wage Foundation, said many of those were “people working jobs that kept society going during the pandemic, like social care workers and cleaners”.

Frances O’Grady, general secretary of the Trades Union Congress, said low pay remained “endemic” in Britain, with real wages only just back to their 2009 level and rising inflation threatening further stagnation. Many workers were furloughed in 2020 and 2021 on 80 per cent of the statutory minimum.

However, official data show that more employers are opting to pay low-wage workers better than they are required to by law. Figures released by the Office for National Statistics continue to show a concentration of workers paid within 20p of the statutory minimum but a new peak is also now visible around the £10 mark, reflecting higher uptake of the real living wage. 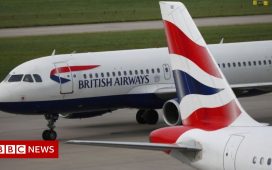 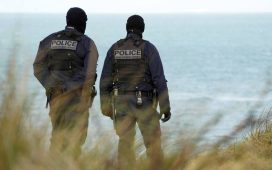 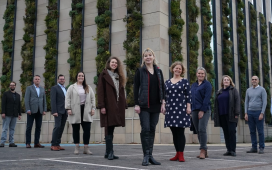