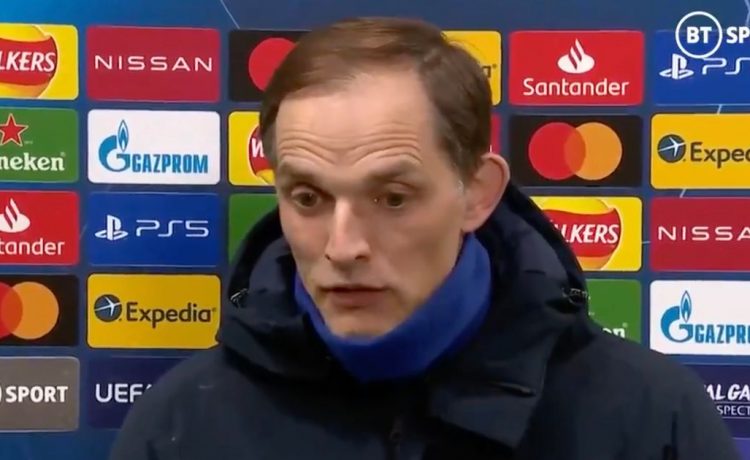 Thomas Tuchel has sent a statement of Chelsea’s intent to Pep Guardiola ahead of their clash with Manchester City in the Champions League final.

Tuchel masterminded the Blues’ 2-0 victory over Real Madrid on Wednesday night to set up an all-English showpiece later this month.

Guardiola’s Manchester City were just as impressive in their own semi-final, brushing Paris Saint-Germain aside over two legs.

While City are on the cusp of the Premier League title, Chelsea got the better of the Etihad club in last month’s FA cup last-four tie.

And Tuchel has warned his opposite number that he is expecting nothing less than another Chelsea victory in Istanbul.

“I’m very proud of the team,” the Chelsea boss told Sky Sport Germany . “I constantly sensed their hunger to win.

“What is outstanding about this team – and I noticed it from the first time I arrived – is the bravery and punch to defend from the front. We are going to Istanbul to win.”

Tuchel also hailed the character of his team to keep Real Madrid at bay even as they were made to “suffer” without the ball.

“They deserve to win,” the German told BT Sport of his players. “First off it’s difficult because Real had a lot of possession and they made us suffer, but then we were dangerous with counter-attacks and never lost the hunger, never lost their desire to defend.

“It’s a fantastic achievement and big congratulations to the team.

“Real Madrid, of course, are always dangerous. they can turn nothing into goals. So, to hang in there, even when you have chances and miss them, they never lost concentration, focus, and a positive energy on the pitch. This was a huge performance.”