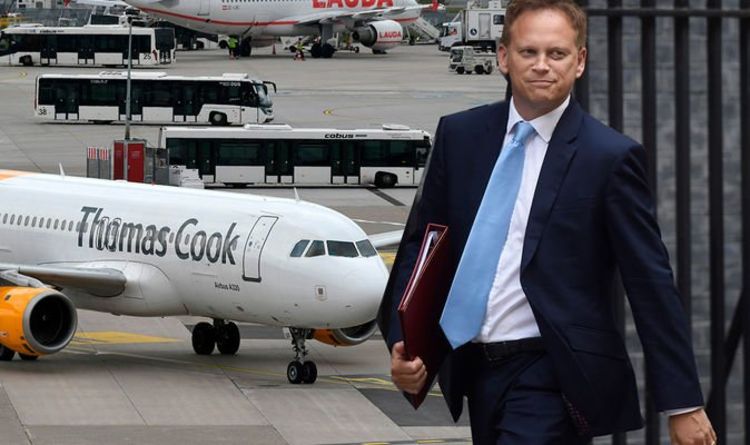 According to Grant Shapps the repatriation effort is well underway, with the CAA hiring out 1,000 flights to rescue the 150,000 travellers stranded across 50 countries worldwide. Flight teams and ground staff will be ramping up efforts over the next two weeks to bring home Britons who were halfway through their Thomas Cook holidays when the country went into administration.

In his speech Shapps said: “We put arrangements in place to bring back 150000 people across 50 different countries, this requires over 1000 flights by the CAA, chartered aircrafts over the next two week period.

“Passengers will be able to complete their full holiday so they shouldn’t be leaving early and should instead return on the day that they were intended to.”

He went on to detail that almost 30,000 of the 150,000 passengers have already landed back on home turf within the first day of the repatriation operation. So far approximately 130 dedicated CAA flights have embarked on the mission.

Schapps went on to say: “There is a further 16,500 passengers that we hope to repatriate today on something like 70 flights.

“I checked before I came into the house and it is proceeding according to these amended schedules. So far 95 per cent of people have been repatriated to their original point of departure.

“And again we haven’t been able to bring everybody back to the airport they left because of the difference of the size and shape of the aircraft that are available.

Along with the 150,000 stranded holidaymakers, a further 450,000 were eagerly awaiting planned holidays when their plans were abruptly cancelled.

While a large number of customers have already been remunerated, there are some who have taken to social media voicing concerns that other budget airlines are now exploiting the situation.

The collapse of the 178- year old travel agent was made official on Monday, when the company was faced with rising debts, and was unable to secure £200m worth of investments from its bankers.

Rick Smith, Founder and Director at Forbes Burton, a company rescue and insolvency specialist, spoke to Express.co.uk about the collapse of Thomas Cook.

“It may seem obvious, but several strands of traditional businesses have come to experience problems that travel giant Thomas Cook is currently,” he said.

“We’ve seen the same trends occurring in retail for several years and we envisage that this is sadly the first of potentially many companies that might experience trouble.

“As consumers’ tastes change, so must business and it seems Thomas Cook has become almost too complacent on its reputation and perhaps innovation and modernisation is something that needs to be assessed here.” 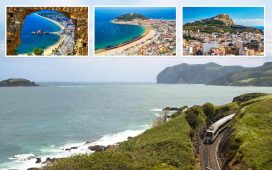