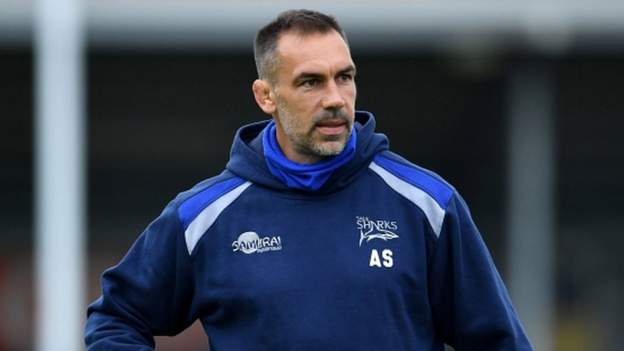 Sale director of rugby Alex Sanderson says his side have laid the foundations for more Premiership success.

The Sharks were beaten 40-30 by reigning champions Exeter in their first play-off game for 15 years.

Sanderson, who has only been in charge for five months after succeeding Steve Diamond, believes Sale will be challenging for titles in future.

“We’re only going to go from strength to strength; this will not be the last time we’re here,” he said.

“I’m really excited, I’m excited with the group, I’m loving being back up north. I just know we’re better than that, and that’s the sad bit,” he told BBC Sport after Saturday’s loss at Sandy Park.

Sale have been hit hard with injuries to key players this season – South Africa lock Lood de Jager and England centre Manu Tuilagi have missed much of the campaign, while influential fly-half AJ MacGinty was also missing against Exeter.

“You’ve got to take the one result out of it and look at the five months that I’ve had, which has been nothing short of blissful really in terms of what I expected this role to maybe hold for me,” added the former Saracens coach.

“The group I’ve got are really good lads. There’s no place I’d rather be than with these Sale boys moving forward.

“Have we exceeded our expectations? If it was about laying down a really solid base, a really strong foundation for us to build on and to layer on and improve, I feel we’ve done that,” he added.

“If you would have asked me two or three weeks ago, I don’t think winning a cup would have been beyond the realms of possibility – I expected us to be able to do that.

“We’ve already grown, we’ve already expanded the horizons that we had four or five months ago, which is brilliant.” 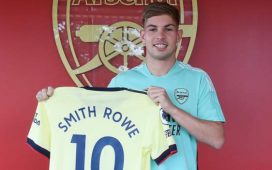