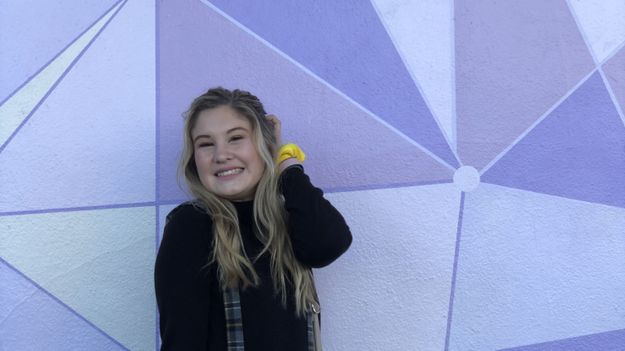 Social media has long been the connective tissue used by young activists to turn a moment into a movement. So when 16-year-old Gillian Sullivan from Henderson, Nevada, instinctively recorded and posted a video on TikTok to help organize a strike in solidarity with the teachers from her school, it wasn’t surprising. And two days later, the Clark County School District did exactly what she asked for.

Teachers in the southern Nevada district — including Gillian’s mom, who has been teaching for two decades — were planning a strike on September 10 to protest being denied raises they were promised. Students decided to strike in solidarity on September 5, and Gillian took to TikTok, an app known for its short, usually funny videos, to spread the word.

“Our district is refusing to give teachers — who spent the past three years earning enough credits out of their own pockets, spending extra hours outside of school to earn credits to get a raise. And our school district won’t give it to them,” Gillian, a junior at CCSD’S Foothill High School, said in the August 26 video posted to TikTok. “Literally, they won’t pay the teachers what the teachers earned.”

Gillian’s mom, along with other teachers in the district, were promised to get raises if they took additional credits from college classes — but that never came to fruition. So the teachers held rallies, and the students showed their support before the bells rang them back to class, according to the Las Vegas Review-Journal.

“I’m kinda sick of our district thinking it’s okay to walk all over teachers and students all of the time,” Gillian said on TikTok, adding, “I’m done, and you should be too.”

Gillian’s TikTok was really only supposed to reach the other 300,000 students in her school district — which is the fifth-largest in the U.S. It, however, went way further than that, resulting in 37,000 likes on TikTok and soaring to viral-status on Twitter.

“I really didn’t like to get as big as it did,” Gillian told MTV News. “And even now, I wouldn’t say it’s gone viral.”

Just two days later, on August 28, the Clark County Educators Association and the Clark County School District reached an agreement, avoiding both the September 10 faculty strike and the September 5 student strike. The new agreement would include a three percent salary raise; a step increase in the salary table each year of the contract; a four percent increase in CCSD’s health care contribution for two years; and those professional development raises for furthering their education.

“The strike is off now because of the fact that last night, the union and the district came to an agreement,” Gillian told MTV News, adding: “They did say that a lot of that was people speaking out publicly about the fact that it says they have made a mistake by not giving teachers those raises.”

A representative from the school district told MTV News that the student’s social media posts “had no impact on contract negotiations,” adding that they “support all students who are willing to take the time to research issues that impact their education. We encourage students to express their opinions in an appropriate and respectful manner.”

But it doesn’t matter to Gillian if the potential student-led protests had anything to do with the district’s decision to go through with paying out the raises: She’s just happy her teachers are getting the pay they were promised.

READ  John Legend's recording of Baby, It's Cold Outside for #MeToo is the Christmas cover nobody needs

“I just want to say that I’m really, really happy that teachers are getting the raise that was promised to them,” Gillian told MTV News. “That’s all I wanted out of this and I feel incredibly accomplished.”

Bandcamp to donate 100% of profits for 24 hours to support “racial justice, equality and change”

Look Over There! Jaida Essence Hall Is A Drag Race Winner, Baby

Who was Bollywood composer Wajid Khan and how did he die?

British political advertising must be regulated. How to do it is a harder question | Guy Parker