This Is The Way (To Play): 10 Awesome Video Game Mods Based On The Mandalorian – Screen Rant 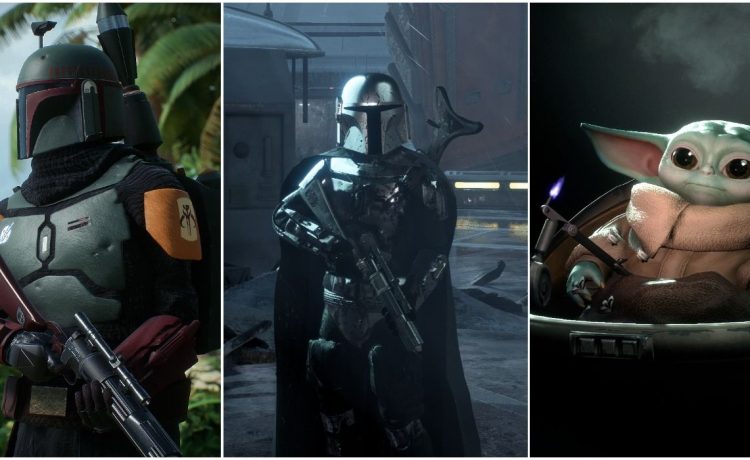 No one was sure whether a live-action Star Wars show could be done to the standard of the movies and animated shows, then The Mandalorian came along and became a phenomenon. Now that Season 2 of the show has reached its epic universe-shattering conclusion, fans will have to wait until at least 2022 to see the further adventures of Din Djarin and whether he catches up to Grogu.

With all that time to kill, it’s frustrating that there aren’t any videogames based on The Mandalorian to satisfy fans. Fortunately, many of those fans are highly creative, which explains why there are so many The Mandalorian videogame mods out there to try instead.

There have only been a handful of Star Wars games released in the last decade, and if a gamer isn’t into multiplayer at all then Star Wars Jedi: Fallen Order from Titanfall developer Respawn is the best one to go for. A Metroidvania action/adventure with Dark Souls-inspired combat, Fallen Order boasts multiple worlds and a gripping story set in the Dark Times between Episodes III-IV. It’s also exceptionally easy to mod, so instead of Cal Kestis, the player can easily swap in Din Djarin in full armor instead. If it feels odd that the Mandalorian is fighting with a lightsaber, maybe grab the Darksaber too.

Rockstar’s magnum opus Grand Theft Auto V remains one of the most popular games in the world eight years after it debuted, and a lot of that is thanks to the game’s continuously updated online mode. On PC, however, the game’s a huge hit with the modding community, despite GTA5 not having any official mod support. With a bit of effort, it’s easy to play as a wide variety of characters, including the Mandalorian himself. Even better, it’s possible to add in Din Djarin’s own beloved two-pronged blaster rifle too.

The ultimate survival game, Ark: Survival Evolved throws players on the shore of a mysterious island, not unlike the start of Lost, except this island is teeming with dinosaurs and other creatures from the dawn of time. It’s a harsh environment that’s been designed to kill the player as quickly as possible, so it takes great skill to survive.

RELATED: The Mandalorian: Why Grogu Should Speak Like Yoda (& Why He Shouldn’t)

What would help, however, is a cute green alien with Force powers. While the Mandalorian himself isn’t in Ark, little baby Grogu has been modded in, and he’s possible to pick up or equip in his little floating crib.

While it’s now fifteen years old, Star Wars: Empire At War remains the definitive Star Wars strategy game, and was created by veterans of the Command & Conquer franchise. It’s also home to one of the more ambitious mods out there, which doesn’t just add a single bounty hunter like most The Mandalorian mods, it adds a whole Mandalorian faction to the game. “Rise of the Mandalorians” replaces the criminal cartel of the Forces of Corruption expansion with a Mandalorian army, set in the post-Return of the Jedi timeline of the show, and adds a full campaign too.

The most recent full game in the Saints Row series, Saints Row IV, is possibly the craziest entry, as it moves further from its roots as a GTA-clone by putting the characters in a virtual world with superpowers to fight an alien overlord. The Mandalorian is great at fighting obnoxious galactic invaders with a range of skills, so is a natural fit for this game. Most importantly, this time it’s not technically a mod, since, with a little tweaking, the player can create a very close Mandalorian using the materials available in the game itself, no add-ons required. Head over to a Let’s Pretend store and get buying.

Despite being six years old now, The Witcher 3: Wild Hunt remains incredibly popular, despite not having a multiplayer component and the studio’s more recent game Cyberpunk 2077 coming out at last. This is down to the compelling, detailed nature of its game world, the successful Netflix series starring Henry Cavill, and the breadth of the mod support on offer. While a medieval fantasy RPG would be an ill-fit for a space bounty hunter, one fan has added a Witcher-appropriate version of the Mandalorian armor. The catch is that it’s not quite finished yet, but it’s looking promising.

While it’s getting exceptionally long in the tooth now, the final chapter of the Jedi Knight/Dark Forces saga is still one of the finest Star Wars games around, with its great mix of lightsaber combat, Force powers, and first-person shooter gameplay. It’s also the only game on this list to have held a dedicated mod competition specifically about The Mandalorian, with the winner creating a fantastic playable Din Djarin.

It’s also highly appropriate, given that Season 2 of The Mandalorian was highly influenced by the plot of Dark Forces, with the design of the Dark Troopers being ripped directly from the game.

It’s still one of the world’s most popular games, and Minecraft‘s endurance is mostly down to the imagination and dedication of its worldwide community. The game’s really a massive toybox where players can craft whatever their minds can conceive, like a videogame LEGO set. Naturally, then, players can find any type of mod they can possibly want. The Baby Yoda Minecraft Mod is a bit of a misnomer, because not only does it add a tameable Baby Yoda character to the game, it also adds the Mandalorian’s Beskar armor and weapons too.

The latest game in the Final Fantasy series took a long time to come to PC, but when it did Final Fantasy XV: Windows Edition was well worth the wait. The PC version includes all the DLC including expansions and multiplayer, first-person mode, improved graphics, and most importantly, mod support through Steam Workshop. The four main party characters can all be swapped out with all manner of Star Wars names, including the Mandalorian. If the player wishes, they can play Final Fantasy XV as a party of four Din Djarins, with maybe a Boba Fett for variety.

The epic multiplayer Star Wars title Star Wars Battlefront II features content from nearly the entire franchise, including Solo, Rogue One, and The Clone Wars, but The Mandalorian didn’t quite arrive in time to get content in the game. However, thanks to creative fans of the show, players can enjoy a whole range of The Mandalorian mods. These include the show’s version of Luke Skywalker, replacing AI troopers with Mandalorian flying units, and replacing Han, Finn, or Boba Fett with Din Djarin himself. There’s even the option to add Pedro Pascal’s voice or sub in the game’s soundtrack with Ludwig Göransson’s epic score. It’s possible to turn Star Wars Battlefront II into a full The Mandalorian multiplayer game.

NEXT: Every Star Wars Game Released By EA, Ranked According to Metacritic (&amp; 3 Cancelled Games We’d Love To See)


Next
Hades: Best Relationships In The Game, Ranked