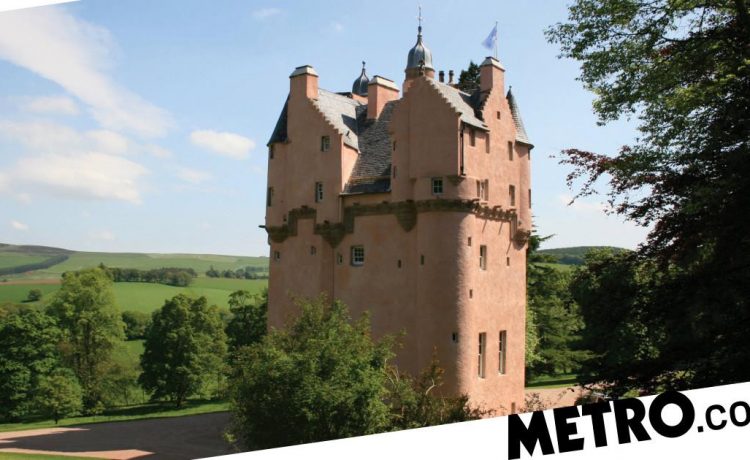 A dreamy pink castle has been named the UK’s top destination by Lonely Planet.

The 16th century property is said to have inspired Walt Disney to create Cinderella’s Castle – which is hardly surprising considering it looks like it’s come straight off the page of a fairytale.

The impressive castle, built in 1576, boasts turrets, ornate corbels and carved stonework and its aesthetically-pleasing design attracts thousands of visitors every year – even royalty have visited it in the past.

It was first owned by the Forbes family in 1610, after trader William Forbes purchased it.

But, despite its bold appearance, the building was originally a cream colour.

After it was inherited by John Forbes in the 19th century, an architect recommended that the harling (the rough-cast wall finish) should have pigments added to make it more closely match the colour of the granite detailing – and the result was a distinctly pink shade.

Now, the National Trust for Scotland (NTS) runs the estate and, while the castle is currently closed, it is set to reopen from May 27.

Other destinations to make it onto the Lonely Planet list include the picturesque village of Portmeirion in Wales in second place, followed by Tresco Abbey Gardens in the Isles of Scilly in third position.

Tom Hall, at Lonely Planet, said: ‘London has always dominated tourism in the UK, and for good reason, but the entire country is overflowing with historic sites and natural wonders.

‘The pandemic caused us all to pause and re-evaluate how we travel, and I think now is the perfect time to update that bucket list with some of these under-the-radar places you might have overlooked in the past.’


MORE : The most fascinating museums around the world opening in 2021

READ  Brits are shunning Spain in favour of Turkey and Tunisia where their pound stretches further this summer
Share on FacebookShare on TwitterShare on PinterestShare on Reddit
newsgrooveApril 2, 2021