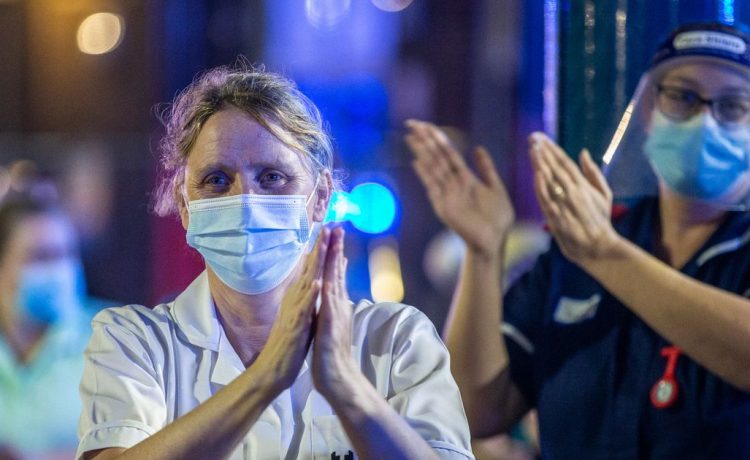 A third of NHS staff in England were already considering leaving their jobs before the row over the Tories’ 1% pay rise.

Some 34% were thinking of leaving their current NHS organisation in 2020, according to annual NHS Staff Survey.

The survey pointed out both these figures have decreased since 2018, when 37% were considering leaving their organisation.

But the national figures could raise new fears of a staff exodus amid anger at plans to give NHS workers a below-inflation boost.

The survey found more than four in 10 NHS staff in England (44%) felt unwell due to work-related stress, up from 40% the previous year.

Boris Johnson has hinted at a U-turn, saying he would look carefully at a pay review body’s final recommendation in late Spring.

The survey found that the increases in stress were steepest in acute and community trusts and acute specialist trusts.

Some 595,270 NHS employees responded to the survey, which was carried out between September and December last year.

It found 46% of staff said they had gone to work despite not feeling well enough to perform their duties, a drop from 57% in 2019.

The survey also found that 60% of staff felt they had “adequate materials, supplies and equipment to do their work”, up from 56% the previous year.

And 38% of NHS employees said there were enough staff at their organisation for them to do their jobs properly – up from 32%.

Danny Mortimer, chief executive of the NHS Confederation, said: “With the Government once again reiterating its intention to offer only a 1% pay rise there can be no room for complacency when the results also show that around a third of staff are considering leaving their jobs.

“While there has been an increase in the number of staff agreeing that their organisation has enough staff for them to do their job properly, this is still less than two in five.

“[It] reinforces the need for a funded workforce plan to give staff hope that the vacancies in their teams will be filled longer term.

“After an exceptional and extreme year, we must all be mindful of the need to allow NHS staff the time and space they need to decompress.”

A separate smaller survey of 3,500 nurses found that 85% of nurses said they are running in a financial deficit – spending more each month than they earn.

The joint poll by NursingNotes and Nurses United UK suggested many in the workforce are spending more than £400 a month servicing high interest loans.

Jemma James, a frontline registered nurse, said; “Nurses have given our hearts, souls and lives to protect and treat patients, even before the pandemic, but blood, sweat and tears don’t pay the bills.

“Yes, we care, but Nursing isn’t a vocation and caring shouldn’t be used as a stick to beat us into submission whenever we ask for better pay and conditions. We’re trained professionals who’ve worked long and hard to become Registered Nurses.

“We deserve to be paid a wage that reflects our skills and responsibilities. A wage that lets us live, not just survive. Otherwise this may be the final straw for a lot of Nurses, and the frontline is the only line we have.”