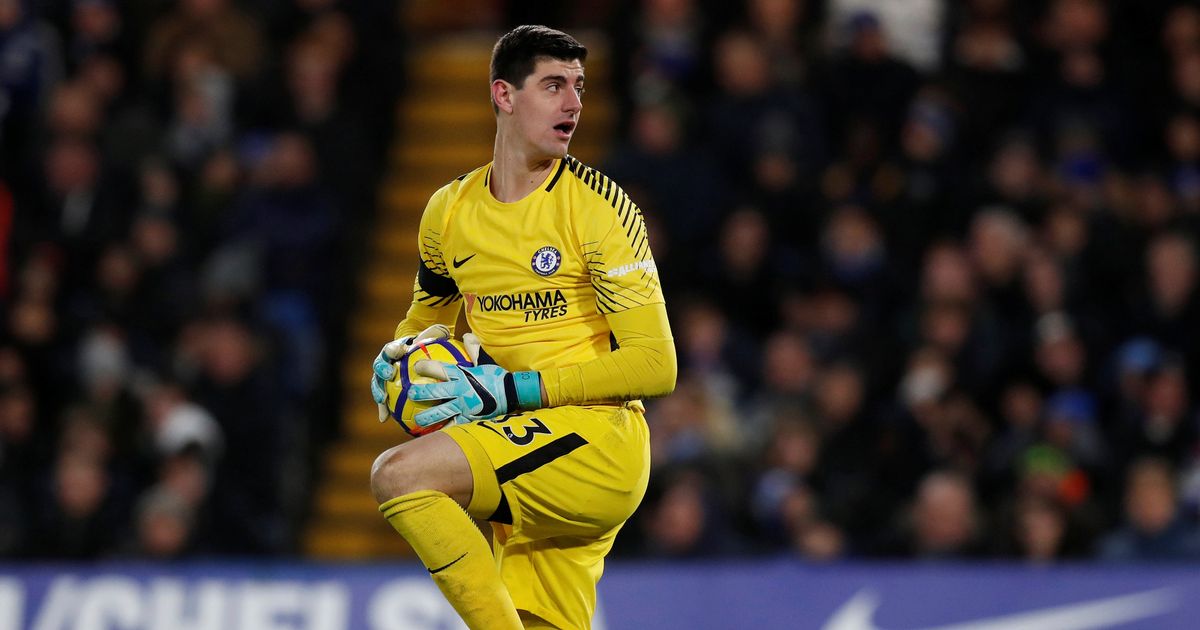 Ex-Premier League star Thibaut Courtois fathered a secret love child with a married former neighbour, it has been claimed.

Courtois, 27, is believed to have engaged in a romantic relationship with Elsa Izac just weeks after moving into a new property with his then-girlfriend Marta Dominguez.

The romance, which occurred during Courtois’ spell in England with west London club Chelsea , is believed to have blossomed after the mother-of-four took in parcels for him.

And The Daily Star has also reported that the pair, who lived next door to each other, enjoyed romps in the Chelsea team hotel before matches.

However the relationship came to an end after fashion designer Elsa, who has since split from her banker husband, got pregnant with Courtois’ baby.

It has been claimed that Courtois asked the former model to get an abortion – something Elsa refused to do and their son Enzo was born in September 2017.

Courtois quit Chelsea to join Spanish giants Real Madrid in August last year but, after receiving a visit from Elsa and his son, he has cut ties with the youngster and doesn’t send him birthday or Christmas cards.

A source told the Daily Star: “She wants him to acknowledge Enzo is his son publicly. He had never denied to her that he is the father.

“If ever Elsa had Thibaut’s parcels, he would come and ring the bell to say thank you. She thought he was so polite. Then he would ask her for coffee and she thought, ‘Why not?’

“Then one day she noticed the way he was looking at her. Marta Dominguez, his girlfriend, was pregnant at the time. Elsa did not appreciate it.

“He looked like he wanted something from her, physical not emotional.”

The pair soon started a romantic relationship but Courtois then moved out of the £3million six-bedroom house in Wimbledon following his move to Madrid.

Elsa is now bringing him up as a single parent in Wimbledon, south London.

The source added: “They did not plan to have a baby but she was planning on going to Madrid with him.

“She told him she was pregnant. He was saying it wasn’t good for his career and people are going to find out.

“He asked her to have an abortion. She told him she was not going to do that. Then he told her she was free to see somebody else if she wanted to.

“But he didn’t say he didn’t want to see her any more.

“Elsa felt like he wanted just a fling. It was just awful. They broke up when she was five months pregnant. He gave her a choice. She had to choose between the baby and him.”