Jack Grealish was warned that ‘small club’ Manchester City would ‘ruin’ him as Aston Villa supporters took matters into their own hands to convince the midfielder to stay at their pre-season training camp on Monday.

The 25-year-old was given an extended break after starring for England at Euro 2020 and was pictured with the rest of Dean Smith’s squad for the first time as they ramped up preparations for the new Premier League campaign which kicks off in under a fortnight.

But widespread reports indicate that Grealish is on the verge of joining City, with Villa expected to accept the champions’ eye-watering £100million bid for his signature before their opening match of the season away to newly-promoted Watford.

This would see Pep Guardiola’s side smash the current Premier League transfer record held by Manchester United and Paul Pogba, who returned to Old Trafford from Juventus for a mammoth fee of £89m back in 2016.

Grealish had been offered a bumper new contract to stay on at Villa Park earlier this summer but talks over a possible extension have long since ground to a halt and the playmaker appears to have played his final game for his boyhood club.

However, this did not stop some Villa fans from trying to talk a sheepish-looking Grealish out of a switch to the Etihad earlier today, with one telling the England international: ‘You know how much we love you. Come on!’

‘Do you want to join a club that was formed ten years ago? City are a small club, mate. They’ll ruin you!’ Grealish was then told as he grinned awkwardly beside Villa’s training pitches.

Another fan could also be heard asking the Villa captain whether he could have his hairband as a souvenir.

Meanwhile, Harry Kane failed to report for pre-season training at Tottenham on Monday, with the England captain first intimating his desire to leave back in May and looking to push through a big-money transfer to City.

Spurs intend to slap Kane with a hefty fine as a consequence and are said to be ‘disappointed’ with the player’s behaviour.

However, the striker – who finished last season with both the most goals and the most assists in the Premier League – has maintained throughout that there is a ‘gentleman’s agreement’ in place for him to move on this summer.

City head coach Guardiola suggested a deal was ‘impossible’ if the prices quoted in the media were correct when addressing the rumours linking his club with Kane last month.

‘At the prices we are not going to buy any strikers. It is impossible, we cannot afford it,’ the Catalan said.

‘All clubs are struggling financially; we are not an exception. We have Gabriel [Jesus] and Ferran [Torres] who have been incredible in this position.

‘We have young players in the academy and we play many times with a false nine.

‘There is more of a chance we aren’t going to buy a striker for next season.’ 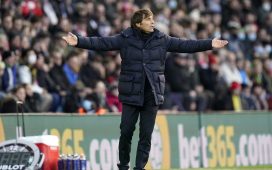 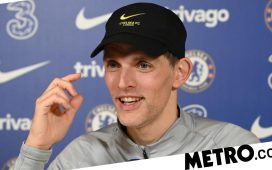 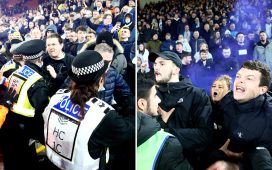 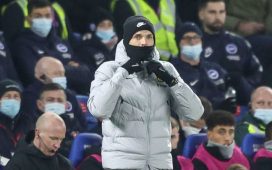 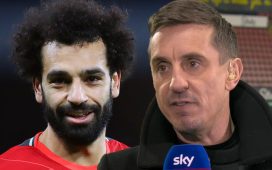 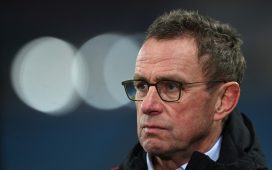