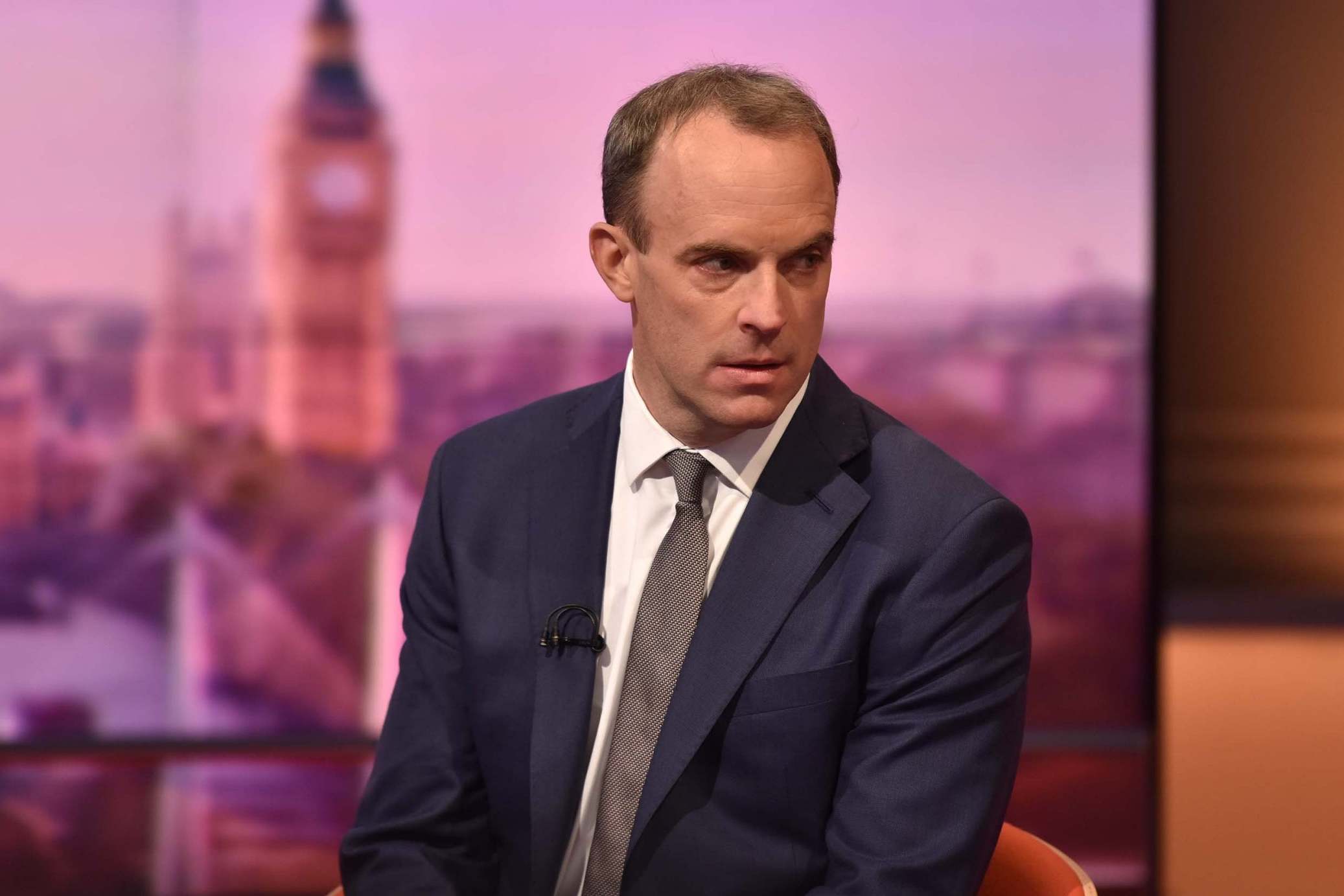 The minister said there had been some progress on issues including fishing rights as the deadline for leaving the EU looms.

He told Sky News: “I do think we’re in a reasonable position, there’s a deal to be done”.

He spoke out as face-to-face discussion resumed in London, after the EU’s chief negotiator, Michel Barnier, ended his self-isolation following a member of staff testing positive for coronavirus.

“Works continue, even on Sunday,” Mr Barnier told reporters as he walked through Westminster ahead of the latest talks.

Speaking on Sophy Ridge On Sunday, Mr Raab said he would not put a percentage on the chances of a deal being struck but there had been more “respect” for the country’s position recently.

He said the UK’s position as “an independent, coastal state” meant it had to be able to control its waters but added that there could be a transition period allowing a deal to be struck over fishing rights.

He said: “We can talk about transitions and things like that and we recognise the impact on other countries round Europe.”

But Mr Raab rejected suggestions it would be enough for the EU to offer a 15-18 per cent reduction in the bloc’s fishing rights in British waters, as has been reported.

Labour piled the pressure on the government saying  failure to strike a trade deal will do “untold economic harm”.

He added: “We want to see a deal that we can support and what we would say is that we would consider a foundational agreement, which is something to build up from, so providing there’s nothing in there that causes significant concern.”

“Obviously there are still big question marks about the Irish border and the peace process, making sure that that isn’t sacrificed as part of any agreement that’s reached. Our view is: with good will, with time put into it, that we can get to a point where there is a deal that we can look at supporting.

“The onus is on the Government now to make sure that a deal is presented before the end of the transition period to Parliament so that we can see the detail of it.

“We have always said that we will act in the national interest, that’s got to be the overriding consideration.”

Meanwhile, asked about the plans to put the country into different tiers to stop the spread of Covid-19, Mr Raab said there was “light at the end of the tunnel”.

But he was unable to say the restrictions will end in nine weeks time as suggested by the Prime Minister on Saturday night.

He said: “We think by the Spring, we don’t know, but we think will be able to move to a whole different world because the vaccine will have distributed to key workers and the most vulnerable by age.”