SNAPPING a photo of the sunset over the water is an essential part of a holiday for many tourists, along with a shot of their legs while tanning on the sand.

But some beaches attract more of this behaviour than others.

Beach photos and their hashtags on Instagram have been analysed to find the 10 most beautiful beaches in the world, according to the number of posts people have shared.

LuxuryHotel.com has revealed the beaches with the most Instagram posts and set them against the length of the stretch of sand, to work out which ones get the most ‘posts per metre’.

Read on to find out which ones made the cut.

Coming in at number one on the list was Paradise Beach in Thailand.

The 150m beach, which is on the island of Phuket, is home to the infamous Full Moon Party, where locals, tourists and DJs party all night.

Taking the second spot was Kelingking Beach in Bali, with 3,644 Instagram posts per metre.

It’s one of the shortest beaches on the list at only around 100m.

The beach is only accessible by boat so it is very exclusive, making it even more popular with tourists and influencers.

In third place was Miami’s South Beach with 2,117 posts per metre on Instagram.

At two miles in length, South Beach is significantly longer than the top two beaches on the list.

Fourth on the list was Bondi Beach in Sydney, Australia with 2,075 posts per metre.

More than 2.7m people reportedly visit the beach every year.

At just over half a mile long, the number of visitors it gets is huge in comparison to its size.

The beach is best known for its surfing culture, but is also home to some wildlife.

Pods of whales and dolphins have been sighted in the bay during the months of migration, and fairy penguins are sometime seen swimming close to short.

And rounding out the top five is Ponta Negra Beach in Brazil.

The beach is two and a half miles long and had 1,845 Instagram posts per metre.

It is home to the Morro do Careca, a large dune and a landmark of the city of Natal.

The sand is lined with tents which serve food and drinks, and multicoloured fishing boats are often seen in the water.

Top ten most beautiful beaches in the world

A spokesperson from LuxuryHotel said: “Currently, many are on the lookout for their perfect summer holiday, and plenty of those people will be looking forward to posting the perfect beach shot on social media.

“This list highlights the best places in the world to do just that, and it’s fascinating to see which stretches of sand are the most Insta-worthy.”

A beach made famous by Leonard DiCaprio has reopened after being closed for nearly four years.

If you can’t wait to get away, we’ve rounded up the best holiday destinations for some last-minute winter sun this February.

Here are the countries that Brits are banned from visiting due to Covid rules. 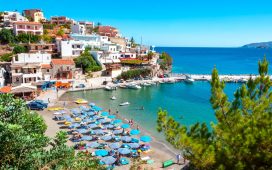 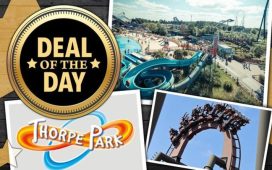 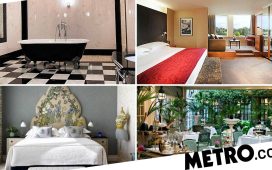