My unborn child doesn’t have a name yet, but she has already had her very first court hearing. On Monday, my partner, E, and I made (minor) history when we became the first couple in New York to be granted a pre-birth parentage order under a new suite of laws protecting same-sex families. Because of the pandemic, we had our court hearing virtually, meaning I officially became a mother on Microsoft Teams. Just like I’d always dreamed I would! You know how babies born on planes sometimes get free plane tickets for life? Well, I think I deserve at least a lifetime subscription to Microsoft Office.

You may be wondering what exactly a pre-birth parentage order is. The situation is this: E is giving birth in a few weeks to a baby we planned to have. After long discussions along the lines of “your womb or mine?”, we decided she would be the one to carry. We picked out a sperm donor together. We paid for the (very expensive) sperm and multiple rounds of artificial insemination together. We went to doctors’ appointments together. We brainstormed names – and have so far failed to decide on one – together. The baby may not be genetically mine but, in our hearts and minds, we are equal parents to She Who Has Yet to Be Named. In the eyes of the law, however, it’s more complicated. We can both be listed as parents on the birth certificate but, as the nongestational mum, my rights aren’t 100% clear.

Until very recently, lesbian parents in New York had to go through a second parent adoption in order to secure more legal recognition for the non-birth mother. That’s a gruelling process: it can take a year and cost thousands in legal fees. It’s also incredibly invasive: you have to list everywhere you’ve lived in the past 28 years, provide fingerprints for a background check, have a home visit from a social worker and more. You also can’t start the adoption process until the baby is born, meaning you can be stuck in legal limbo if a medical emergency happens during childbirth. Extremely luckily for us, however, a new law came into effect in February streamlining this process. All you need to do now is get several documents notarised and appear before a judge; you can do all this before the baby is born – although it took about 57 phone calls to different people in the court system until we established this to be the case.

New York isn’t the only place to have recently brought its family law into the 21st century. Last month two women from Cork became the first same-sex couple in Ireland to be legally recognised as parents on their children’s birth certificates. Alas, not everyone has it so easy. The EU court of justice is deliberating over the case of a child born to Bulgarian and British lesbian mothers in Spain: the baby is at risk of being stateless because same-sex relationships are not legally recognised in Bulgaria and the child isn’t able to obtain British citizenship from the other mother. A Namibian court is also refusing to issue a gay man with emergency travel documents so that he can bring his daughters, born by surrogate in South Africa, back home.

The hearing in which I was permitted parentage of my unborn kid lasted under 10 minutes, but was a very long time in the making. When I first came out, almost 20 years ago, the Netherlands was the only place in the world where same-sex marriage was legal. Now, I’m able to marry the person I love in our respective home countries of the UK and US – and have our child legally recognised as belonging to both of us. I don’t take any of that for granted. Love may make a family, but legal recognition makes having a family a hell of a lot easier. 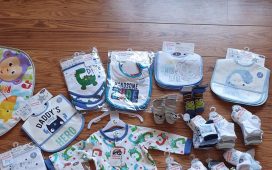 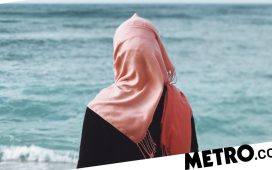