The Wiz live streaming: How to watch theatre show for FREE


The Wiz takes its leave from The Wizard of Oz, the story from L. Frank Baum. Many people know the story from the Judy Garland movie of the 1930s, while the story was later reimagined in the famous musical Wicked. Now a new version is coming to the small screen, so fans can stream it in the comfort of their own homes.

How to stream The Wiz for free

The Wiz has been made available as part of the newest show on the The Shows Must Go On! YouTube channel.

Previously this channel has showcased the works of Andrew Lloyd Webber, and now it is showing off the work of more composers in a series of made-for-TV musicals.

The Wiz derived from the Broadway musical and produced by the team behind The Sound of Music Live and Peter Pan Live.

Last week, Peter Pan Live was expected to go live at this time, however in response to the Black Lives Matter protests and other issues affecting the world at the moment, it was decided the show would not be broadcast, so theatre fans have been waiting a couple of weeks for their theatre fix.

Many famous names in the world of TV, film and theatre will appear in this musical, all of whom are BAME performers.

Names such as Queen Latifah, Mary J. Blige, Ne-Yo, Elijah Kelly, Glee’s Amber Riley and rapper Common appear in this version of The Wiz, which was first broadcast on NBC in 2015.

The story is that of The Wizard of Oz, so will be familiar to many, but with subtle changes to move it into the 20th century.

The original 1974 musical featured an all-black cast, and saw a Dorothy, a young schoolteacher from Harlam, be sent off to the Land of Oz to find some courage of her own, and be sent back to her home of New York City.

The music has also had an upgrade since the original, with more upbeat, modern song performed to bring more life to the children’s story.

The Wiz comes to The Shows Must Go On YouTube channel on Friday, June 12, at 7pm for 48 hours, with fans asked to donate to the NAACP on watching 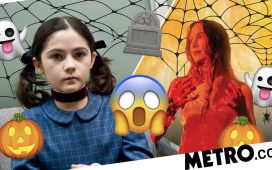