NewsGroove Uk
NewsGroove Uk > TV > The Watch: Why Did the Discworld Adaptation Do THAT to a Major Character?
TV

The Watch: Why Did the Discworld Adaptation Do THAT to a Major Character? 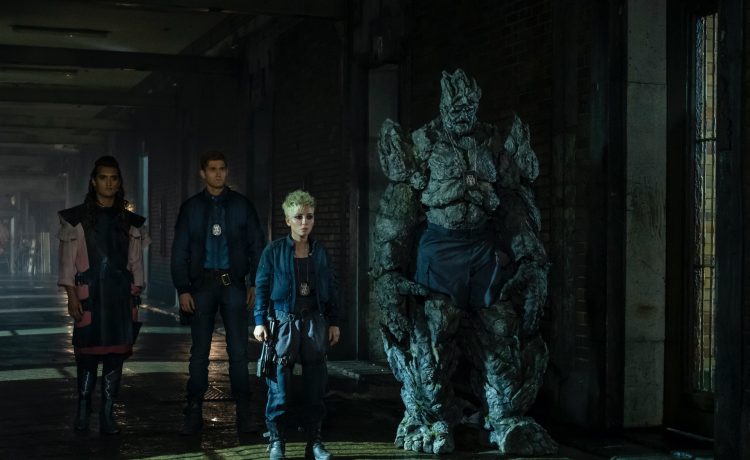 Although Detritus is not the victim, there is plenty of precedent for the death of a Watchman in the books. Plot-wise, Detritus is more or less filling the role of the dwarf Sergeant Stronginthearm. Stronginthearm was introduced in The Fifth Elephant and killed by the serial killer Carcer Dun at the beginning of Night Watch. Carcer Dun’s character, motivations, background, time period… just about everything have been changed from the books, but he and his cronies kill Detritus here, suggesting Detritus is broadly taking Stronginthearm’s role as a colleague killed by Carcer.

The death of Detritus in the show could also be compared with the most affecting death of a Watchman in the Discworld series of novels, that of Lance Constable Cuddy (another dwarf – Pratchett really had it in for dwarf Watchmen) in Men At Arms. Numerous Watchmen have met their ends over the course of the novels, some before the story starts, several during the events of the Glorious Revolution of 25th May in Night Watch, and others, like Stronginthearm, here and there as the plot demands. Indeed, in Jingo, a voice from an alternate timeline informs us that the entire Watch from that other leg of the Trousers of Time have been killed, including Detritus.

But Cuddy’s death stands out because he was introduced, along with Angua and Detritus, as an incoming main character, and his death is rather more shocking and unexpected than most Discworld deaths. He and Detritus, after overcoming the traditional Disc rivalry of trolls and dwarfs, had become very firm friends. His death has a profound impact on Detritus, as well as the rest of the Night Watch, and his loss is probably the closest to the death of Detritus himself here in terms of its impact.

Detritus’ death, then, combines the deaths of Cuddy and Stronginthearm – a death that marks Carcer Dun out as a really bad guy, that has a major impact on the Watch, and that our remaining heroes must grieve. But the question still remains – why Detritus?

Cuddy and Stronginthearm, after all, were both dwarfs. For reasons best known to the writers and producers, The Watch has not included any dwarf Watchmen at all; both the deceased dwarf Watchmen have been written out, and Cheery Littlebottom, who was a dwarf in the books, has here become a human instead. Surely, rather than killing off a beloved character who remained very much alive throughout the Discworld’s 41-book run, it would have made more sense to include Cuddy or Stronginthearm and have Vimes saved by one of them?