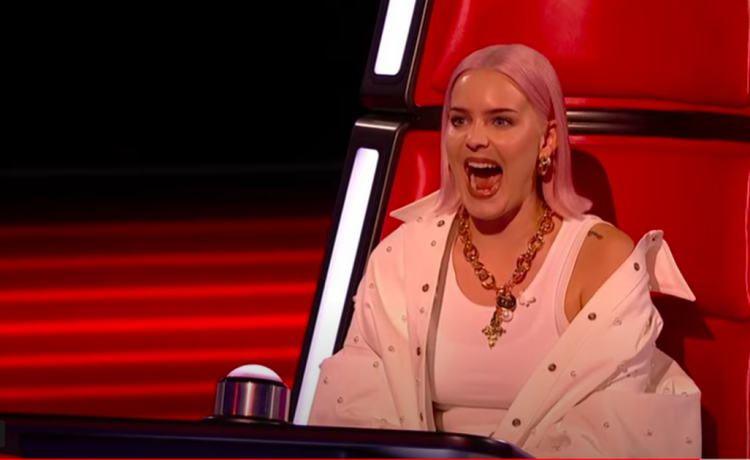 Scots duo Wayne and Morgan impressed judge Anne Marie on The Voice with their soulful vocals.

Edinburgh based Wayne, 42, and Morgan, 30 got their virtual audience dancing away as they sang Signed, Sealed, Delivered by Stevie Wonder to the judges on Saturday night’s show.

Wayne who lives in Scotland with his wife and four girls said he and Morgan just clicked together and that they had ‘the same vibe and the same energy’ ahead of their big performance.

He said: “I’m in a Motown group, we needed another singer and Morgan came along and we’ve just been singing ever since.”

Morgan who lives in Edinburgh with his fiancee and two boys added: “We became best friends. We are just a couple of dads who love to sing, making dad jokes.”

Wayne’s wife Kelly and daughter Mia said of the duo: “They deserve this a million per cent. I’ve never known anyone to work so hard all their life. They’re the best.”

And Morgan, who is originally from Johannesburg added: “We’re going to be so nervous. Our dream is to entertain. We are going to go with a full package. It’s going to be epic, I think.”

Anne Marie turned her chair round to secure the duo open mouthed and said: “Wow. I’m so happy you are on my team. I loved your voices together. I loved all of the rifts and notes you were choosing. They weren’t just ordinary rifts. “

Will.i.am said: “You guys have an awesome talent. Your blends were awesome at first then the energy dipped and then it picked back up. Just be aware of what’s happening so you know when the energy is dipping.”

Tom was also impressed and Olly said: “I love the energy you brought to the show. It was a great song choice. Now you’ve got to go and get some amazing coaching from Anne Marie and come back better.”