I’ll admit my kids spend way too much time playing video games. Sure, they also ride their bikes, read books, play with our dogs and more- but their first love might be video games. While my daughter prefers playing on her Nintendo Switch, my son is more of an Xbox Series X player. I’m sharing some of the games they have asked for and the games they say are the latest and greatest. 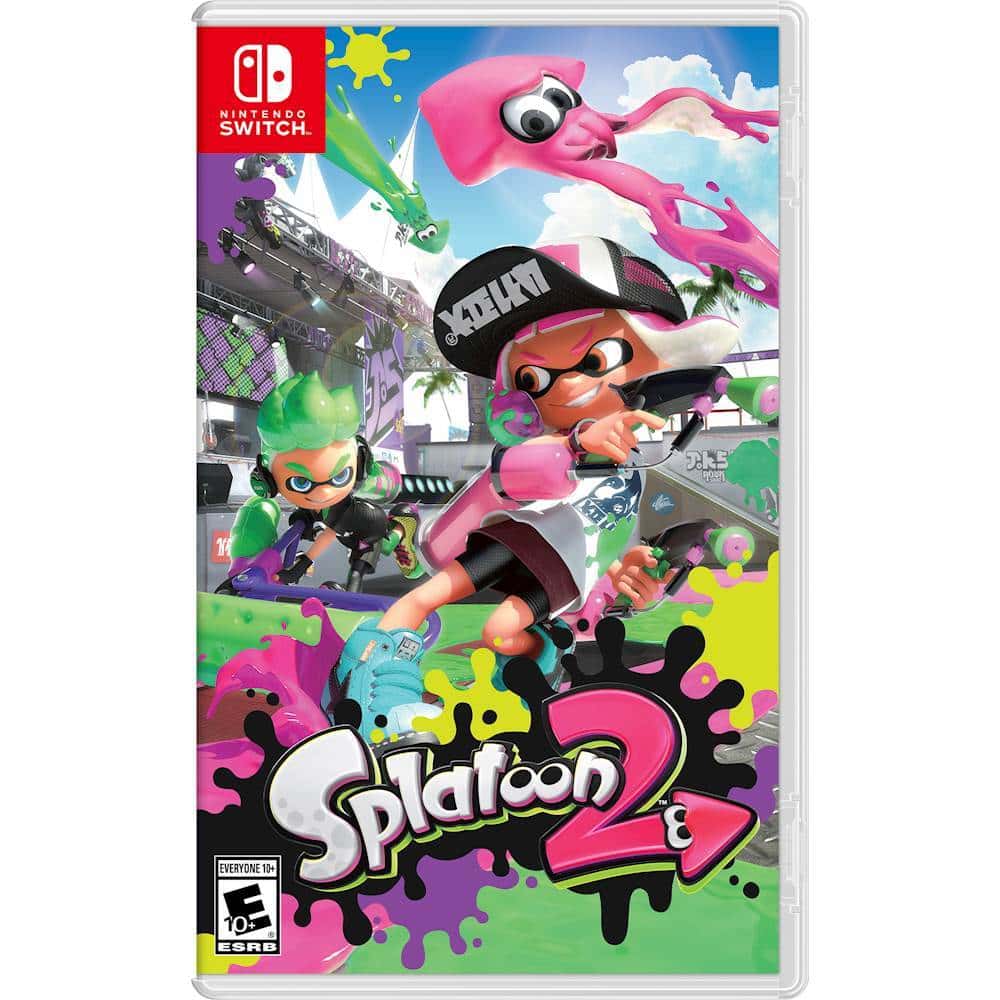 Description: Ink-splatting action is back and fresher than ever
The squid kids called Inklings are back to splat more ink and claim more turf in this colorful and chaotic 4-on-4 action shoote

According to my 11 year old, Splatoon 2 is a MUST play kids shooter game, but you’re shooting ink not weapons. They describe it like squid paintball, as you shoot ink onto a map. The game has a solo mode, but its more fun in multiplayer mode. Both my 11 & 13 year old describe Splatoon 2 as pretty fun but it can be repetitive.

Description: Power up, team up, one up to save the Sprixie Kingdom!
Pounce and climb through dozens of colorful courses! Multiply the fun by teaming up with or competing against friends locally or online to reach each stage’s goal.

Super Mario 3D World is another game the kids have requested, so they can’t share their experiences as of yet. This game can be played single player or with up to three friends. This game is a 2-in 1 Bowser’s Fury expansion, which offers an open-world map for one or two players to gradually jump through. 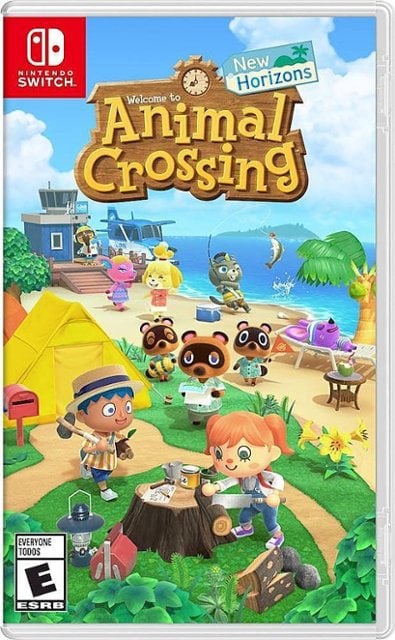 Description: Escape to a deserted island and create your own paradise as you explore, create, and customize in the Animal Crossing: New Horizons game. Your island getaway has a wealth of natural resources that can be used to craft everything from tools to creature comforts.

Build the tropical island of your dreams by earning rewards. Exercise your imagination with this game. This is a great game for all ages especially casual gamers. My 13 year old describes it as super relaxing and my 11 year old says its stress relieving. You can play with other people or play solo.

The Legend of Zelda: Breath of the Wild

Description: Forget everything you know about The Legend of Zelda games. Step into a world of discovery, exploration, and adventure in The Legend of Zelda: Breath of the Wild, a boundary-breaking new game in the acclaimed series. Travel across vast fields, through forests, and to mountain peaks as you discover what has become of the kingdom of Hyrule in this stunning Open-Air Adventure.

The mission, play as Link as you work to save Princess Zelda from Ganon and save Hyrule. Along the way, you navigate this beautiful world while trying to get the four divine beasts on your side. Surprises can be found around every corner: scavenge weapons, armor, plants, animals, and more. My daughter thinks the cooking aspect adds to the gameplay.

My kids love that this game is open world and you can go at your own pace. Completing the story isn’t required, but working on the story is fun. My 11 year old says the tutorial is the “best tutorial in gaming”. You can even activate a boss battle in the tutorial. Players participate in boss battles, complete tons of challenging puzzle shrines, and gorgeous visuals. 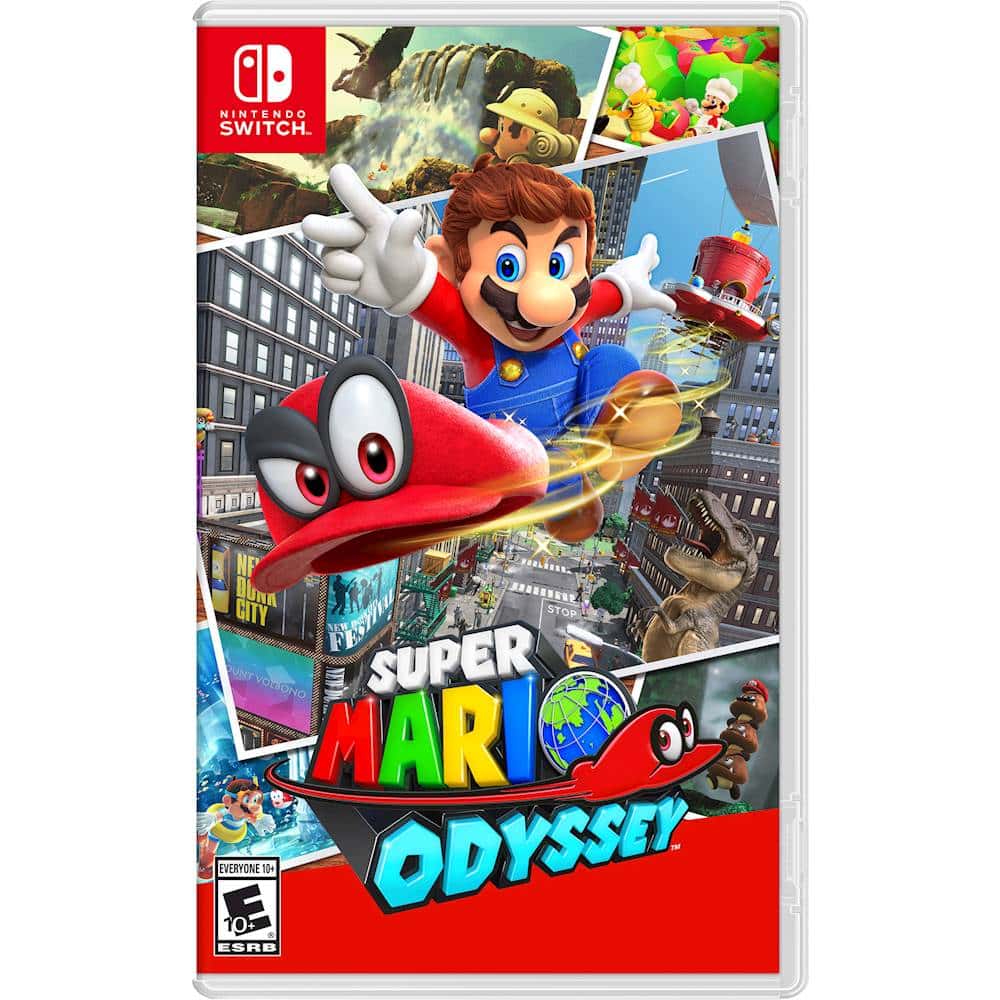 Description: Join Mario on a massive, globe-trotting 3D adventure and use his incredible new abilities to collect Moons so you can power up your airship, the Odyssey, and rescue Princess Peach from Bowser’s wedding plans!

This game is on my kids wish list this Christmas. It has tons of different environments for players to explore. In each environment, players are required to collect moons to progress to the next environment and solve puzzles.

My kids are most excited about simultaneous multiplayer where Player 1 controls Mario while Player 2 controls Mario’s new ally Cappy. 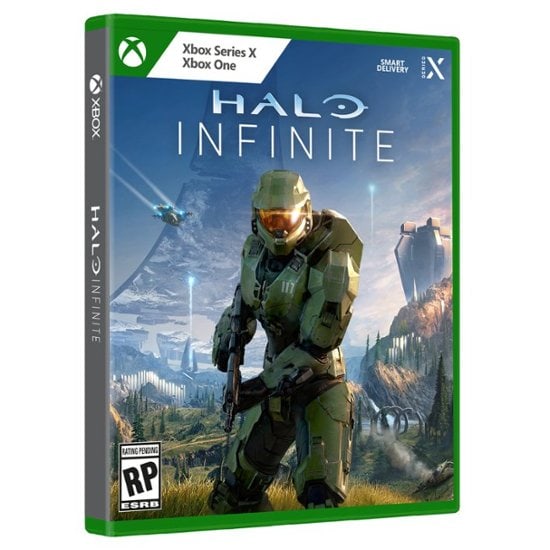 Description: When all hope is lost and humanity’s fate hangs in the balance, the Master Chief is ready to confront the most ruthless foe he’s ever faced. The legendary Halo series returns with the most expansive Master Chief campaign yet and a groundbreaking free-to-play multiplayer experience. Rated Teen Blood, Mild Language, and Violence

While technically this is the 6th Halo game in the series, but the title is Halo Infinite. Halo Infinite is a sci-fi first person shooter game. Forge Mode allows you to make your own maps and game modes. Campaign co-op allows you to play the campaign with friends if you have Xbox Gold. Rated T for Teen

Campaign: When all hope is lost and humanity’s fate hangs in the balance, Master Chief is ready to confront the most ruthless foe he’s ever faced. Begin anew and step inside the armor of humanity’s greatest hero to experience an epic adventure and finally explore the scale of the Halo ring itself.

Description: Lead breathtaking expeditions across the vibrant and ever-evolving open world landscapes of Mexico with limitless, fun driving action in hundreds of the world’s greatest cars.

My son says this is one of the more complicated games on our list, but not complicated in a bad way. He feels it has the best opening and best environment of all the Forza games to date. He says the graphics are stunning and possibly the best of any game he’s played this year.

There are tons of cars to use and explore Mexico with where you’ll find massive mountains, a jungle, dust storm and more. Tune your car to your liking and make custom paints for your car. There are many different types of races for you to explore. Upgrade your festivals, when you unlock festivals you have the ability to compete in different races. Plus there’s an online multiplayer mode.

My kids describe this game as a “timeless game” that can be played on all platforms. While my son tends to play on Xbox, my daughter prefers to play on PC. Both kids have really explored their imaginations as they create new worlds.

Description: Razputin “Raz” Aquato, trained acrobat and powerful young psychic, has realized his lifelong dream of joining the international psychic espionage organization known as the Psychonauts! But these psychic super spies are in trouble. Their leader hasn’t been the same since he was rescued from a kidnapping, and what’s worse, there’s a mole hiding in headquarters.

Combining quirky missions and mysterious conspiracies, Psychonauts 2 is a platform-adventure game with cinematic style and tons of customizable psychic powers. Psychonauts 2 serves up danger, excitement, and laughs in equal measure as players guide Raz on a journey through the minds of friends and foes on a quest to defeat a murderous psychic villain.

A platformer cartoon adventure where the player explores the brains of characters while working to defeat a murderous psychic villain. There’s a lot of parkour while traversing tightropes and trapezes.

Rise of the Tomb Raider 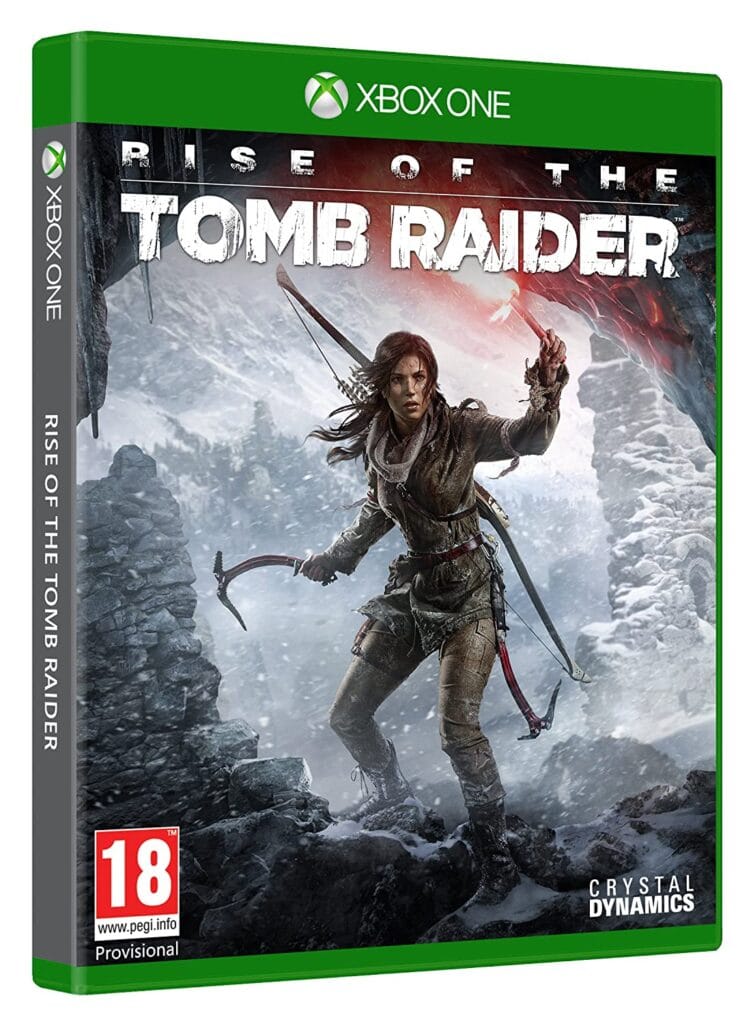 Description: After uncovering an ancient mystery, Lara Croft embarks on a journey throughout the most treacherous and remote regions of the world to find the secret of immortality. Forming powerful new alliances and relying on her intellect and survival skills, Lara will ultimately embrace her fate as the Tomb Raider.

There are multiple ways to defeat your enemies like stealth mode or non-stop action, or you can combine the two for more exciting combat. Where this game really shines is when you’ve progressed past combat and you explore the immersive area.

Description: The Big Apple comes to life as most expansive and interactive world. Swing through vibrant neighborhoods, and catch breathtaking views of Manhattan landmarks. Use the environment to defeat villains with epic takedowns in true blockbuster action. Enjoy the city that never sleeps.

Explore an expansive world where you take down many villains with amazing web slinging, and fun combat. Walking around the city allows you to interact with NPCs. There are three downloadable story content available to purchase. There’s a skill tree that gives players the ability to unlock different moves. You can also unlock tons of funny and cool Spiderman suit, and you can unlock them with in game tokens. The downside: in a few missions you have to play as other characters, my son says they aren’t enjoyable because you’re in stealth mode. 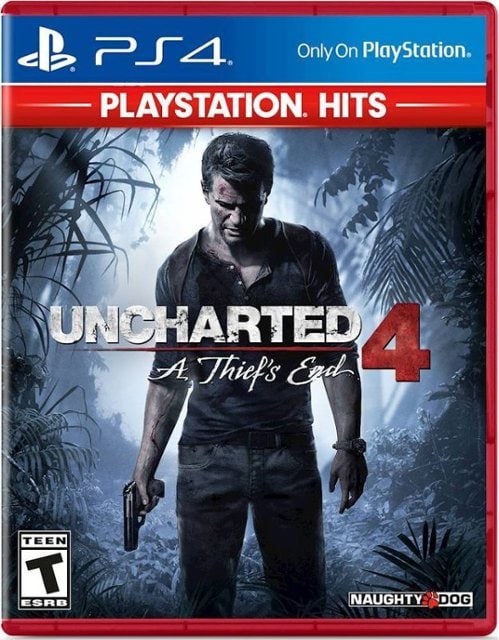 Description: Several years after his last adventure, retired fortune hunter, Nathan Drake, is forced back into the world of thieves. With the stakes much more personal, Drake embarks on a globe-trotting journey in pursuit of a historical conspiracy behind a fabled pirate treasure. His greatest adventure will test his physical limits, his resolve, and ultimately what he’s willing to sacrifice to save the ones he loves.

Uncharted 4 is a third person shooter game. You play as treasure hunter Nathan Drake, as you go through multiple missions searching for treasure. You play with a partner, your brother. In this world you can do parkour when fighting enemies and there’s an excellent stealth system. You can play solo or there’s an in game arena multiplayer where you battle others. Hollow Knight is a really interesting lore based platforming indie game. Players follow a small bug like Knight around a shadowy abandoned kingdom. You can also meet shopkeepers, bosses and complete side quests. Stay on the edge of your seat while playing wondering what ending you’ll get!