The Undoing's Matilda de Angelis struggled with anorexia as a teenager 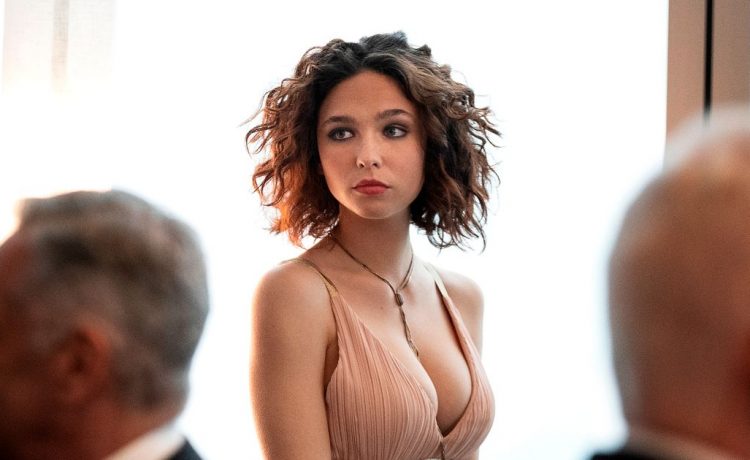 The Undoing actress Matilda de Angelis has revealed she battled anorexia nervosa as an teen.

The 25-year-old Italian-born actress has been a name on everyone’s lips recently as she captivated audiences as Elena in the hit HBO drama.

She bared all in a number of scenes but despite her apparent body-confidence on screen, she hasn’t always been so filled with self-love.

In an interview back in 2018, Matilda candidly spoke of her struggle to self-acceptance, confessing: “For me anorexia was a way of seeing myself.”

Opening up about her mental health battle, de Angelis said, “My adolescence was marked by a problem – anorexia.”

Matilda heartbreakingly told how her eating disorder stemmed from a “desire for attention [and] affection”.

“It was a drastic way of saying ‘I’m here, look at me’,” the actress, who are up in a small village near Bologna, said.

She went on to explain how her anorexia was a manifestation of her need for control while dealing with adolescence.

“When you are 16 years old it’s all very dramatic, the relationship with your parents, or with the boy you like. You risk very easily not accepting yourself,” she said.

“For me anorexia was a way of seeing myself, of changing what I looked like and it was terrifying and you carry it with you your whole life. You are never at peace with it.”

In recovery, Matilda revealed she now endeavours to humanise her body by photographing its imperfections as she continues to strive for self-acceptance.

“What I try to do today is show my human side as much as I can, especially on social media, so I am talking about even photos of me with spots and stretch marks.”

Matilda said she is learning to move on from her struggles, but still suffers in a constant battle with her eating disorder.

“I try to overcome it by giving importance to other things rather than focusing on my physical aspect but as I said before you never really get over it. The biggest triumph is to learn not to judge yourself.”

She added: “You have to learn to accept your defects and problems but it can be like a drug addict who is clean. You just need one moment of weakness to relapse once again.”

Matilda has stared in The Undoing opposite mega stars Hugh Grant and Nicole Kidman recently.

The drama’s sixth episode drew in a whopping three million viewers on all platforms, making it the most watched episode of any HBO series since the Season 2 finale of Big Little Lies.