The Trials Of Christine Keeler: Who was the real Dr. Stephen Ward? James Norton explores the peculiar enigma 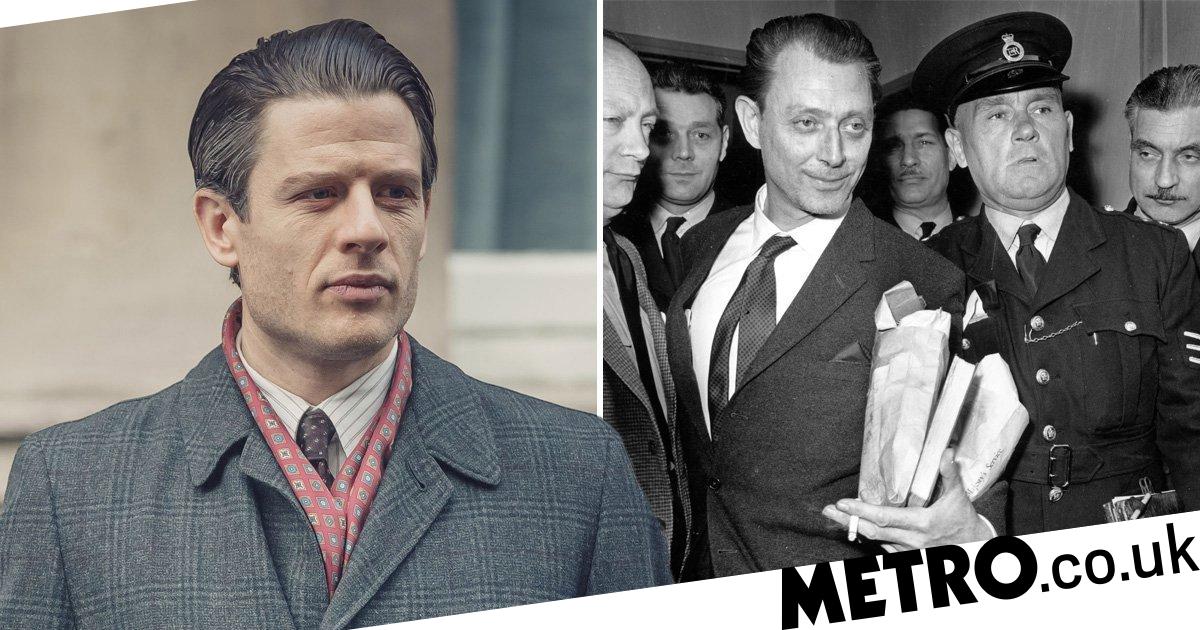 The Trials of Christine Keeler launches on BBC One tonight and in it James Norton takes curious enigma Dr. Stephen Ward to relatively untouched territories.

Sophie Cookson plays the titular model, who famously became the 19-year-old to bring the world tumbling down when she had brief sexual relationships with both aspiring Prime Minister and the Secretary of State and War John Profumo, and Soviet naval attache Captain Yevgeny Mikhailovich Ivanov during the Cold War.

In turn, Christine’s flings sparked a national security inquiry as the Conservative Party, lead by PM Harold Macmillan, feared the dancer could have passed vital information between the two sparring sides, which subsequently caused the collapse of the government.

But her life could have been oh so different had she never met Stephen in Soho’s Murray’s nightclub, where she performed as one of the exclusive venue’s most sought-after showgirls.

The osteopath introduced Christine, who he affectionately called ‘baby’, to a slew of wealthy men, ultimately using her face of fortune to climb the ranks of London’s elite.

She was brandished a ‘tart’ in the papers and worse by the public.

‘Your face is your fortune,’ he tells her in tonight’s first instalment of The Trials of Christine Keeler. Though, Stephen failed to mention he knew it would become his fortune too. He was arrested and later found guilty of living off immoral earnings – Christine and her best friend Mandy Rice-Davies’ earnings, to be precise, with both girls handed thousands, if not millions, of pounds from the doctor’s elite circle.

However, before his verdict was announced, in July 1963, Stephen took an overdose of sleeping pills and died three days later. The moment will be played out ‘sensitively’ James assured Metro.co.uk, but after studying his subject for months and filling his shoes, the 34-year-old still can’t with conviction say he understands Stephen, and explained its likely we never will.

‘The jury’s out,’ he began. ‘I feel like I made some headway into his peculiar mind and then everytime when I felt I was getting some understanding another part of his and world would open up.

‘That’s the joy of this role – it never stopped giving back. You can do as much research as you like and then you’d find yourself in these scenes with various people in his life and he was by nature very unpredictable and peculiar and an anomaly. I guess he was born 30 or 40 years too early. I’m not sure Greyson Perry would like me to compare but he would certainly have been allowed to express himself more freely; particularly in the past five years – his sexual taste and love.

‘He explored cross dressing – we think – we certainly never pass judgement on that, but I loved getting into his peculiar world.’

‘The challenge wasn’t so much to like Stephen, it was to remind ourselves he was far from inexcusable in his actions. While he was hoping to enable these young women he was also using them to better himself in this gentleman’s boys club, so that was the challenge to honour both sides of the story.’

Perhaps no one knew Stephen. In hindsight, his environment in the 1960s wasn’t exactly the most forthcoming of times for Stephen to know Stephen. But James was fortunate to be able to immerse himself in rare source material which captured his most vulnerable state.

‘There’s endless books,’ James stressed. ‘But oddly enough, one thing for me was a video of Stephen professing his innocence, getting his voice and tempo.

‘There’s a moment when Stephen was secretly being recorded by the government, pleading with them to give him a break. He’s totally unaware he was being recorded. It’s eerie and wonderful at the same time because you’ve got this man’s voice not publicly presenting himself to anyone – just speaking his truth, it made the whole thing so poignant.’

While Stephen will never know his life was being told to millions on the BBC over 50 years after his death, Christine was informed The Trials of Christine Keeler had been given the green light shortly before her death in 2017.

‘Her attitude was one of resignation,’ admitted producer Rebeca Ferguson.

The Trials of Christine Keeler starts tonight at 9pm on BBC One.