At the end of last week, Tracey Crouch resigned as Minister for Gambling because she didn’t think it was right to delay action on problem gambling.

She resigned from a job she loved on principle, which I respect. It’s something I did myself earlier in the year when I chose to leave government to continue to work on social mobility, rather than be moved from the Department for Education.

Tracey Crouch had fought tooth and nail to reduce the current maximum stake from £100 to £2 on fixed odds betting machines that have been called the gambling equivalent of ‘crack cocaine’.

There are more than 30,000 of these machines in the UK and you can find them in almost every single betting shop on every single high street, where you can currently bet a staggering £100 every 20 seconds.

The row happened because the Treasury saw taking action on problem gambling as some sort of a cost to the Exchequer. Less problem gambling still means less gambling duty – they had forecast it would cost £250m a year in lost tax receipts.

So the moment it kicked in, they tried to delay it.

This is fundamentally about social mobility; the people most likely to be caught up in problem gambling are too often younger people less wary of the risks or those on lower incomes.

I admire Tracey Crouch’s principles. Her objection to delays in tackling problem gambling was about doing the right thing.

I understand why she did it.

But the Treasury’s position doesn’t make sense to me, because tackling problem gambling is about doing the smart thing for public finances, too.

If they are just looking at lost tax receipts, the Treasury has the wrong approach – because that doesn’t give the full picture of the real impact on taxpayers.

These high stake ‘crack cocaine’ machines might earn the bookmakers money and bring in HMRC tax receipts, but elsewhere problem gambling costs the NHS, the Department for Work and Pensions (DWP), and local councils huge amounts of cash. Way more money than the tax raised.

And it’s not just problem gamblers who suffer from their addiction, it’s their families too.

This is fundamentally about social mobility; the people most likely to be caught up in problem gambling are too often younger people less wary of the risks or those on lower incomes.

It is another barrier that stops them from doing better in life.

It is an inequality that has to be tackled.

You have to wonder why the Treasury doesn’t operate in a world where it works to the same bottom line as everyone else, and why the nation’s bookkeepers can’t see that, in the end, problem gambling is a cost to the UK.

If that’s how they operate, it’s a pretty basic problem, and it’s a big one.

They’re missing the bigger picture, even though that’s exactly what they’re meant to manage on behalf of our country.

If Treasury officials can’t properly value people improving their lives and the benefit of this to everyone, then we’re never really going to improve social mobility because they’ll always be doing the wrong maths.

I worked in the Treasury as a Minister back in 2010, cleaning up the latest mess of an outgoing Labour Government that had blown so much cash in the good times that there was nothing left when the global economic crisis hit in 2008. The Treasury was then, and is now, full of some of the smartest people in government.

Maybe they’re just as frustrated as I am at these systemic problems which mean they don’t properly value investment in people.

Maybe they’re trapped by their own outdated rules.

Or maybe the rules have been there for so long, that they been taken as gospel by Treasury officials even though they’ve stopped working for today’s world.

Whatever it is, things need to change.

People are this country’s biggest asset.

The Treasury needs to rapidly work out a way of valuing investment in people. Because the more barriers we can remove – that stand in the way of people improving their lives – the better off we’ll all be.

I want to see them stop being the block on sorting out problems like problem gambling and instead become the department that makes a difference, turbo-charges opportunity and puts social mobility at the heart of a government’s strategy.

A reformed Treasury needs to be able to see the bigger picture. It needs new rules, because the old ones don’t work anymore.

MORE: What are fixed-odds betting terminals and why are they so dangerous?

MORE: Philip Hammond’s Budget failed our environment. This is what needed to be said

READ  Lending money to mates who don’t pay back could cost you £100 each year, study shows 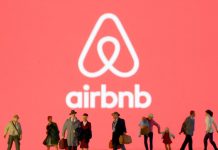 Coronavirus: Six things that are booming in sales