“This acquisition is a critical component of a broader innovation strategy at Truist that will future-proof our core businesses and attract inventive and entrepreneurial talent to help deliver new and groundbreaking solutions,” said Ken Meyer, CIO for Consumer Technology and Innovation at Truist.

Long Game, although small, has already had success. Creating a gamified platform for savings, the company uses long-form mobile games, giving a chance for users to win rewards for playing and banking their savings with partnered banks. In 2021 the fintech won various awards, winning “Best of Show” at FinnovateFall and “Audience Choice” at FIS Fintech Accelerator.

It has been applauded for improving engagement with financial services, especially within Gen Z. Some entities, such as The Federal Deposit Insurance Corporation (FDIC), have earmarked the team, seeing them as innovators essential to reaching the unbanked.

“We’ve revolutionized bank engagement and are eager to apply ourselves to creating disruptive technologies that help Truist deliver a human touch in new ways,” said Long Game Co-founder and CEO Lindsay Holden about the move.

However, it begs the question, is this deliverance of a “human touch” through video games the best approach?

Gamification on the rise

The use of gamification in financial services isn’t exactly a new thing. For years now, businesses have used game mechanics and elements within products to appeal to and engage their customers.

The term was first used in 2002 by British consultant Nick Pelling, who used it to describe the act of “applying game-like interface design to make electronic transactions both enjoyable and fast on commercial electronic devices like ATMs, vending machines, mobile phones, etc.”

Fuelled by the mass adoption of mobile phones and the ever-growing videogame industry, the concept has taken off. According to Statista, between 2016 and 2021, global gamification investment jumped by just over $7 billion.

Generally, the elements of video games are used rather than a full-on creation of a video game. Points, progress charts, levels, and lotteries are some of many features now used widely in financial products, leveraging the psychology of gaining achievements to engage customers’ regular use.

In the introduction to the Apis Partners report titled Gamification of Financial Services: Current Trends and Future Possibilities, Matteo Stefanel and Udayan Goyal stated, “Gamification is about customer-centricity: it helps customers achieve their goals (in this case, financial ones) in a way that emotionally engages them.”

There are four main areas of implementation: Improving financial literacy, finance management, building a community, and savings, which is where Long Game focused its offering, although many analysts suggest that any activity can be gamified.

Elements as simple as graphical representations of achievement milestones or spending trackers can be attributed to gamification—factors that have now become standard in personal banking apps.

It has been reported that this approach to customer experience has had significant success, particularly with younger generations. In the example of Truist, the move to acquire Long Game was explicitly made with the purpose of “future-proofing” the company and engaging the younger audience.

This being said, it’s one thing to use the elements of games, but the creation of fully fledged games brings another, very different layer to the evolution of financial products.

In the words of the Apis Partners gamification report, “Millennials are the first generation to grow up surrounded by the modern, “instant gratification” technology of digital media.”

The success of gamification is attributed to catering to this desire and expectation of instant gratification seen in the Millenial and GenZ generations, which is why the adoption of game elements works so well for this demographic.

Instant gratification is not a problem; the issue arises from the inability to go without it.

This “instant gratification” partly underlies the popularity of video games, and for some, this element seeds the most issues. In psychology, it is understood that humans act according to the “pleasure principle,” the driving force behind the need for a person to gratify their needs and desires. The resulting reaction is anxiety and tension when the need is not fulfilled.

The attainment of instant gratification comes from many sources; it is, however, fundamental to engagement with video games.

Made up of a structure of multiple goals, they provide instant quantitative markers of success and use this to incentivize continued play and loyalty to the game.

In a study by Cloudwards, it was found that 77% of Millennials and 81% of Gen Zers play video games, averaging about seven hours a week. The estimated gaming revenue for mobile in 2021 is $93.2 billion, which is a 7.3% increase from 2020. This has increased reports of gaming addictions, especially in younger generations.

Ongoing exposure to instant gratification begets increased expectations of it. Lower attention span and focus levels have also been attributed to younger generations. Studies have shown the average attention span in millennials is 12 seconds, reduced to eight in GenZ. In addition to this, The American Psychological Association found that more Millenials have been diagnosed with depression and anxiety than any previous generation.

There have been many studies on the advantages of delaying gratification and self-control. The most well-known is the Stanford Marshmallow Test, which found that children who delayed gratification for longer had better life outcomes measured by SAT scores and educational attainment.

Subsequent studies have found levels of self-control indicate success in many aspects, including savings, income, and financial security. There’s a certain level of irony in this, given that game mechanics to incite instant gratification in financial products are now being used to improve these areas.

The technological revolution has brought heightened productivity and hyperconnectivity, in many cases benefitting societal needs—everything on demand. However, the additional implementation of sources that provide instantaneous attainment of desires, in turn, adds to the need for it.

Heightened anxiety and reduced attention spans associated with an inability to delay gratification may be causing issues with customers’ ability to manage personal finance. The development of financial products to increasingly resemble video games does, however, serve its purpose. It improves engagement and incentivizes better practices in customers.

In a generation fuelled by instant gratification, perhaps the only way to cure the adverse effects associated with a lack of self-control is through implementing the same tactics that encourage them. 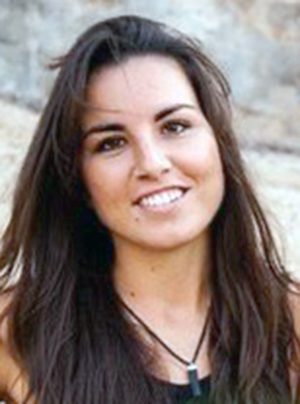 Isabelle is a creative project manager and freelance journalist with a BA Honours Degree in Architecture and a MA in Photography and Visual Media.

With over five years in the art and design sector, Isabelle has worked on various projects, writing for real estate development magazines and design websites, and project managing art industry initiatives. She has directed independent documentaries on artists and the esports sector and assisted in producing BBC Two’s Venice Biennale: Britain’s New Voices.

Isabelle’s interest in fintech comes from a yearning to understand the rapid digitalization of society and the potential it holds, a topic she has addressed many times during her academic pursuits and journalistic career.